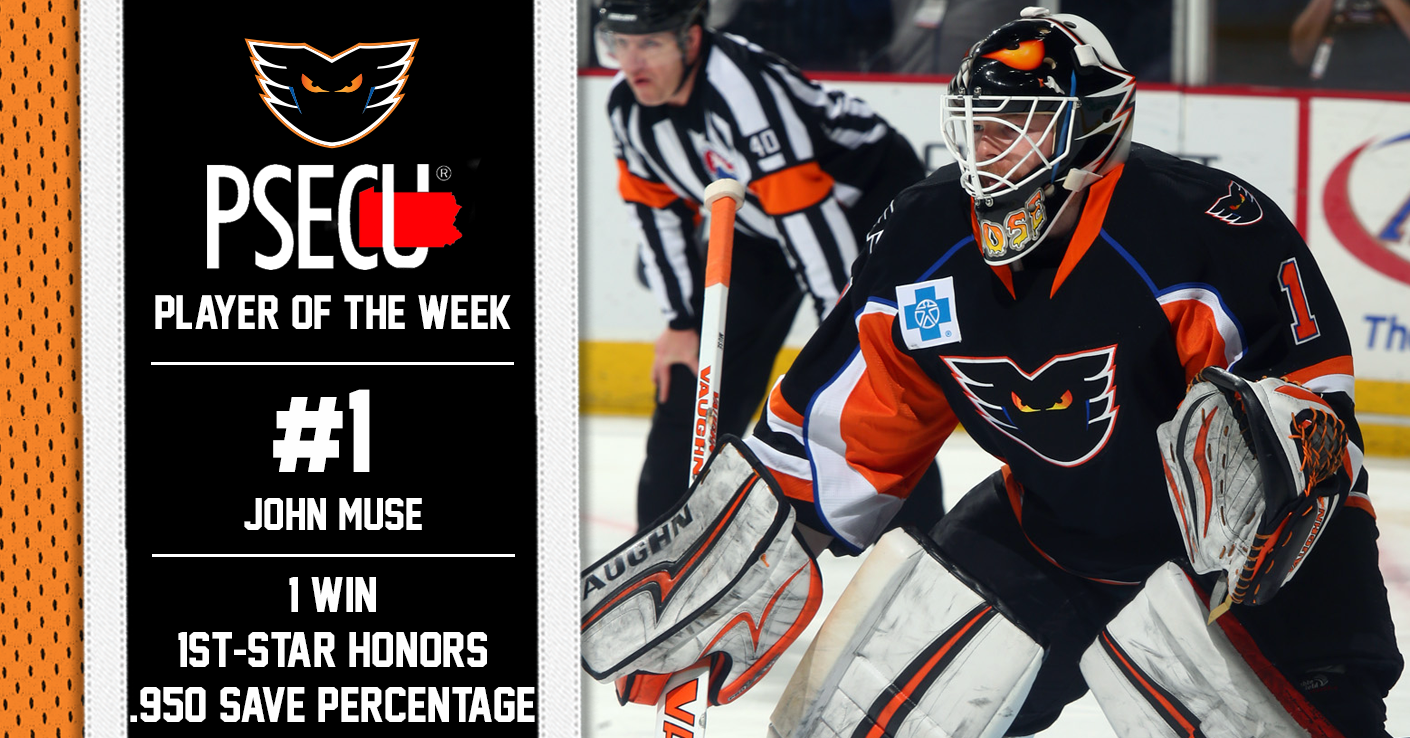 With Alex Lyon on recall with the Philadelphia Flyers since January 30, the Phantoms bolstered their netminder corps with the addition of Muse on Friday morning prior to the team’s game against the Checkers.

Muse got the start in net for Lehigh Valley on Friday night and backstopped the Phantoms to a 3-2 victory over the visiting Checkers.  By night’s end, Muse had turned aside 38 of 40 shots against his former team — for whom he holds the record of most franchise wins as a goaltender — with a .950 save percentage to earn himself first-star honors.

In four games with the Phantoms this season, Muse has produced a record of 3-1-0 with a 2.09 goals-against average as well as .931 save percentage.