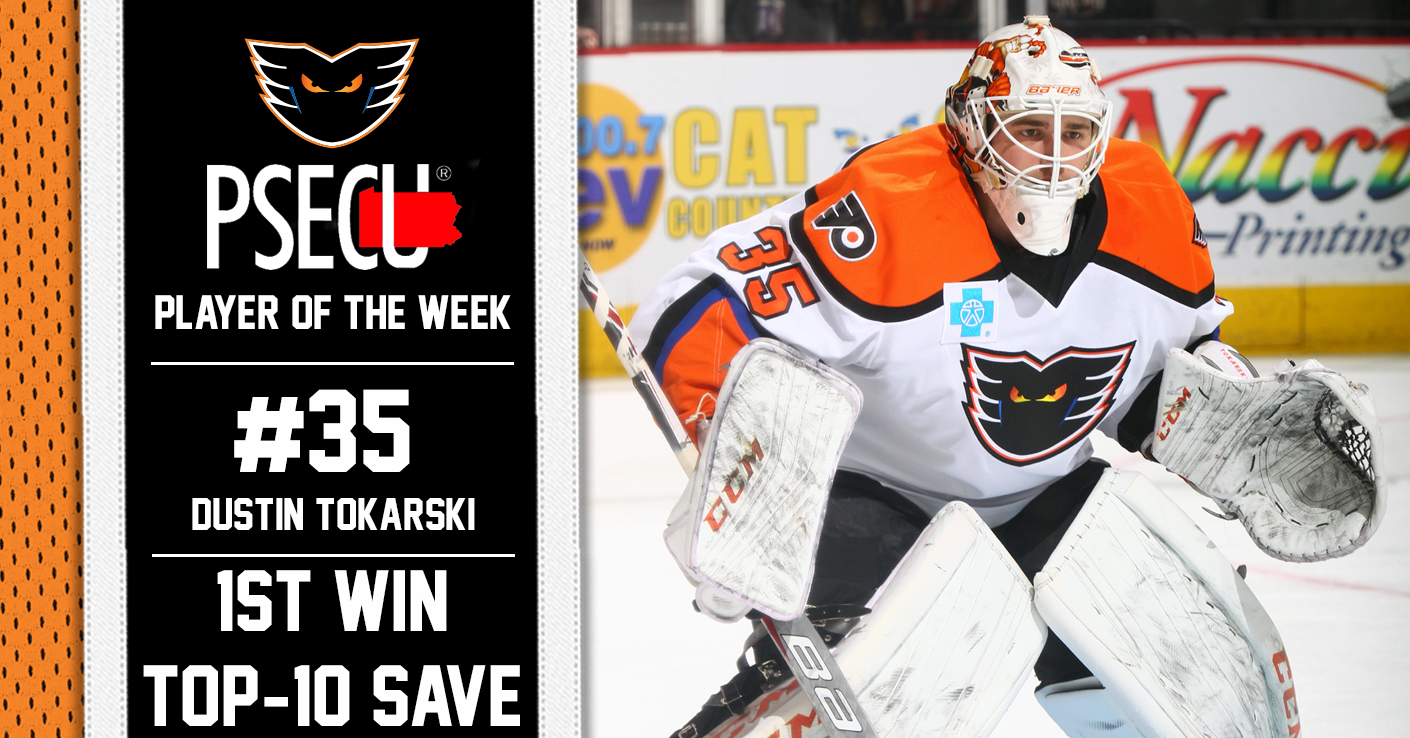 LEHIGH VALLEY — With his first win as a Lehigh Valley Phantoms goaltender under his belt and a save that placed at number one on ESPN SportCenter’s Top 10 list, Dustin Tokarski has been named the PSECU Player of the Week.

Although Tokarski had played in a prior game — in relief of starter Alex Lyon on October 13, 2017 against the Wilkes-Barre/Scranton Penguins — it wasn’t until this past Friday that the 28-year old got his first start between the pipes for the Phantoms as they took on the Bridgeport Sound Tigers.

At the end of the weekend, Tokarski had raised his record to 1-0-0 on the season and posted a 2.02 goals against average with a .939 save percentage.

During Friday night’s game, with right around 7:39 left to play in the first period, Tokarski was tripped up by one of his own defensemen leaving the Phantoms net wide open.  The puck quickly made its way out of the corner and onto the stick of Bridgeport’s Casey Bailey, who promptly fired a shot on the gaping cage.

In a last minute desperation attempt to make the save, Tokarski dove across the net and got a glove on the puck before it made its way into the net.

“I got tripped up there and then it was just a desperation save,” Tokarski said after the game on Friday.  “Sometimes you get lucky.”

The following day, Tokarski’s 10-bell save landed at number one on ESPN SportsCenter’s Top 10 list.

At the start of the 2017-18 season, Tokarski was a member of the San Diego Gulls, American Hockey League affiliate of the Anaheim Ducks, in the AHL’s Pacific Division before a trade brought him to the Lehigh Valley.  Tokarski won a Calder Cup as a member of the Norfolk Admirals during the 2011-12 season.