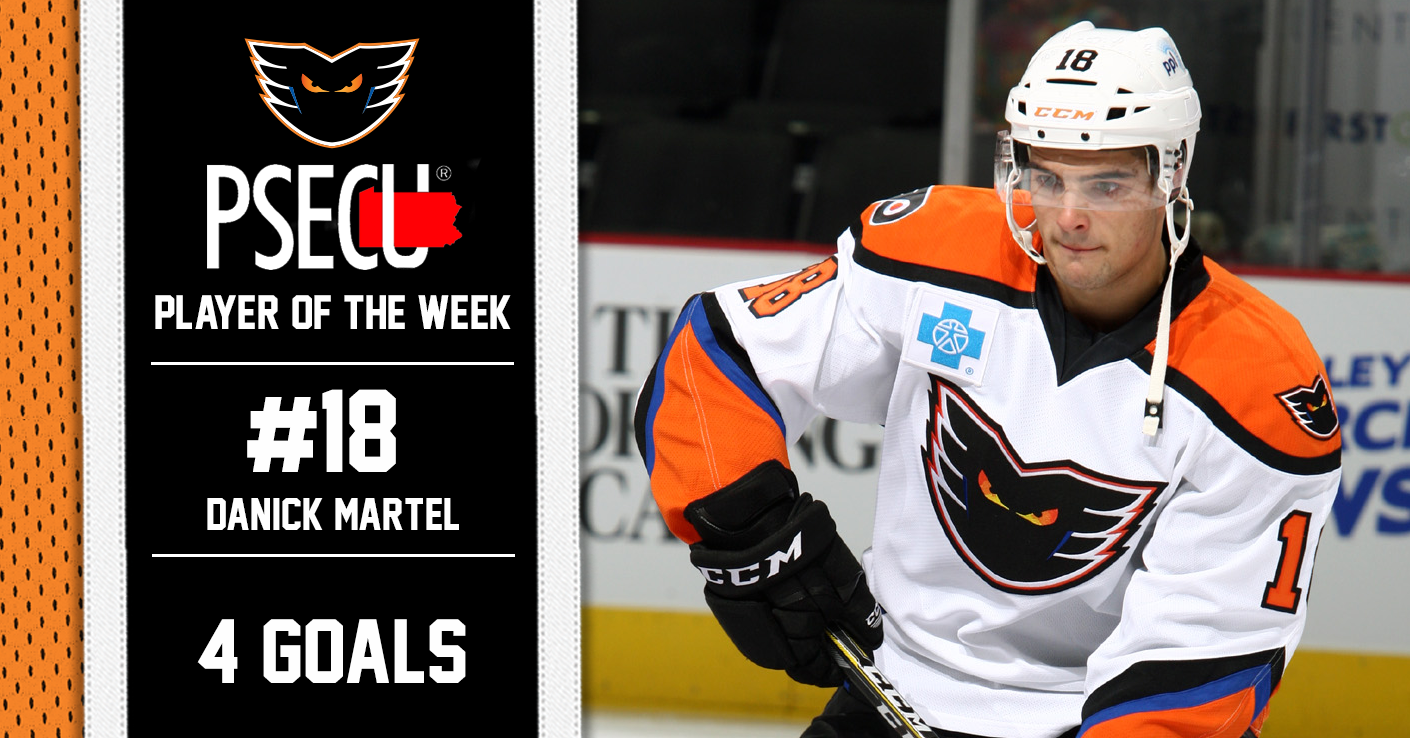 LEHIGH VALLEY — With four goals in two games this weekend — including a hat trick on Saturday night — Lehigh Valley Phantoms forward Danick Martel has been named the PSECU Player of the Week.

With just 1:29 remaining in the third period of Saturday’s season opener, Martel completed a hat trick during a 7-2 romp of the rival Hershey Bears inside of PPL Center.

On Sunday, Martel followed up his three-goal performance by netting yet another goal during a 2-1 shootout loss to the Hartford Wolf Pack.  As of Monday, October 9, the Drummondville, QC native was tied for the league lead in goals with four.

With a third professional hat trick under his belt, Martel is now tied for the all-time Phantoms franchise record.  The only other Phantoms player to have amassed three, three-goal games was forward Mike Maneluk, who played two seasons for the Philadelphia Phantoms during 1997-98 and 1999-00.

In the same breath, Martel has also become the only Phantoms player to have ever netted hat tricks in consecutive seasons and is one of only two Phantoms to have ever scored a hat trick on opening night — with the other player being Shawn McCosh on October 9, 1998.