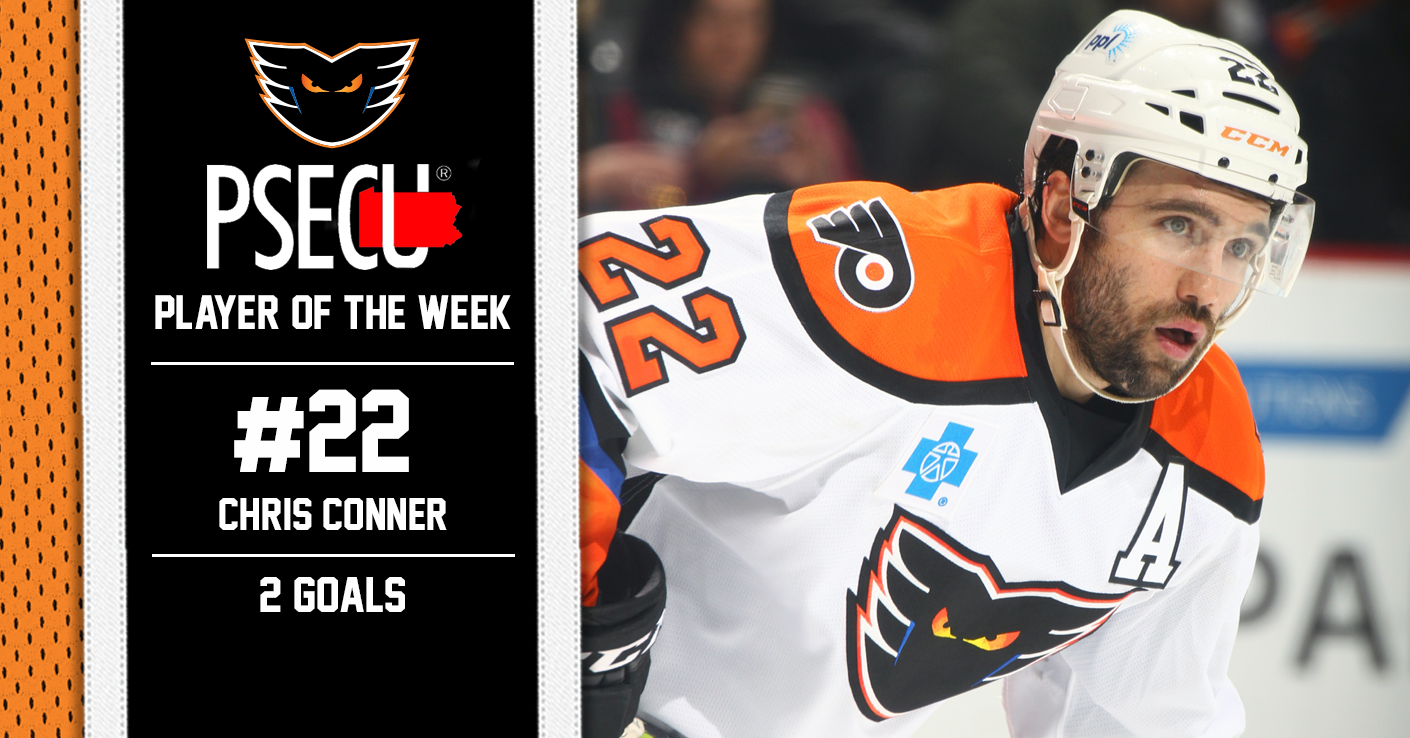 LEHIGH VALLEY — After scoring two goals in this weekend’s AHL Outdoor Classic against the Hershey Bears — including the game winner — Lehigh Valley Phantoms forward Chris Conner has been named the PSECU Player of the Week for the second time this season.

After dropping a Wednesday night contest in Wilkes-Barre, the Phantoms traveled to Hershey on Saturday to take part in the 2018 AHL Outdoor Classic that was held at Hersheypark Stadium. The team donned their Color Rush uniforms to skate in front of a crowd of more than 13,000.

Lehigh Valley entered into the second period with a 2-0 lead thanks to goals from Colin McDonald and Alex Krushelnyski that were scored before the midway point of the first period, but Hershey would battle back in the second to make it a one-goal game with a little over three minutes to play in the middle frame.

Just as time was about to expire in the period, Conner jumped on a loose puck in the Hershey end, skated in on goaltender Pheonix Copley and scored as he put the puck around Copley’s right leg pad. The goal made the game 3-1 in favor of the Phantoms as the two teams headed into the locker rooms for the second intermission.

Conner’s 8th goal of the season would prove to be the eventual game winner, but the 34-year old winger wasn’t done yet.

With just 48 seconds remaining in the game, Conner potted his second of the night which stretched the Phantoms lead to 5-2 over the Bears.  That would be all the orange and black would need to defeat their rivals for the seventh time in nine games this season.  Conner was named the game’s second star for his two-goal performance.

The Westland, Michigan, native currently ranks sixth on the team in scoring with 25 points (9G-16A) and has now registered seven multi-point games this season.