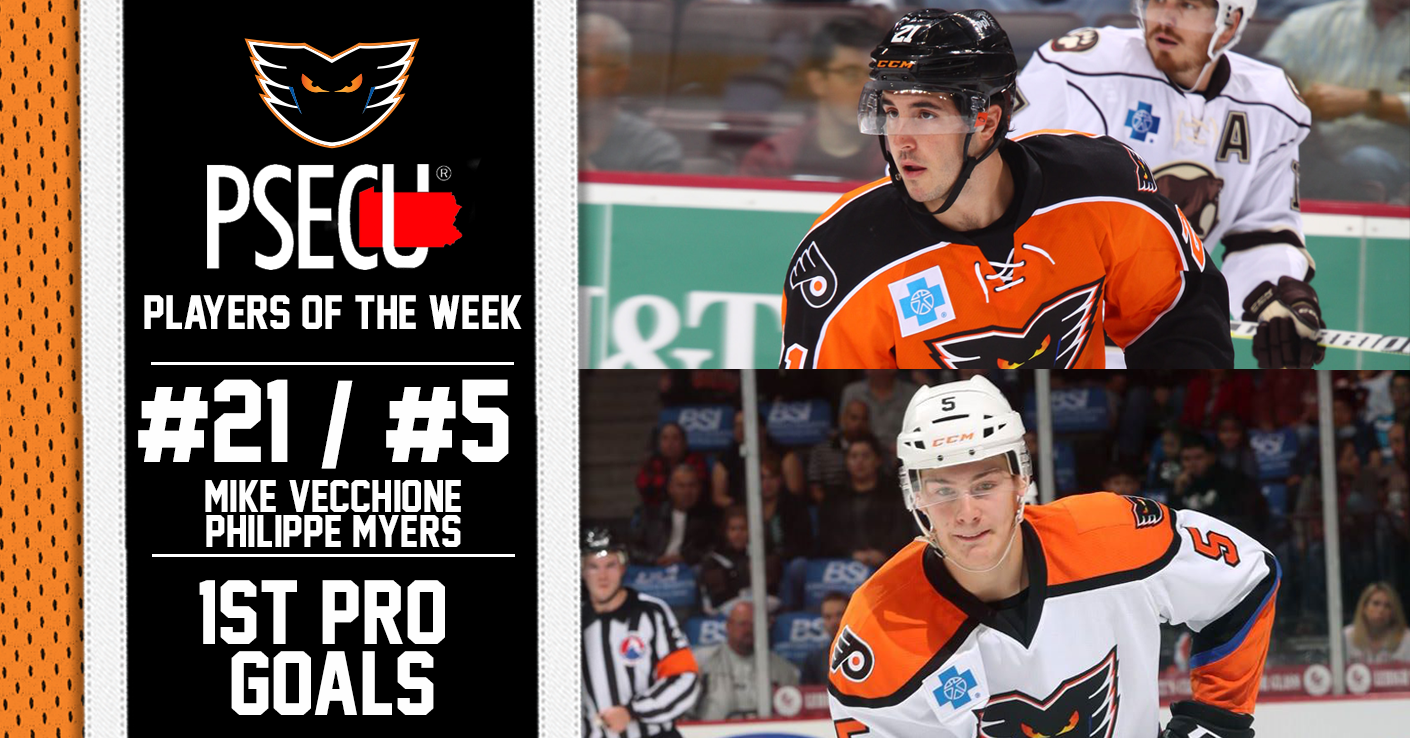 LEHIGH VALLEY — Having both scored their first professional goals this weekend, Lehigh Valley Phantoms forward Mike Vecchione and defenseman Philippe Myers have been named the PSECU Players of the Week.

Despite a tough start to the Phantoms first three-in-three weekend of the season, Lehigh Valley bounced back on Saturday night with a 3-2 victory over the Wilkes-Barre/Scranton Penguins. It was during the second period of that game — at the 9:18 mark — in which Vecchione potted the first goal of his professional career.

After a lead pass from linemate Danick Martel sent Vecchione and Nic Aube-Kubel in on a two on one, the Union College product opted to fire a shot to the far side of the net which blew past Penguins goaltender Tristan Jarry on the blocker side.

Vecchione followed up his first professional goal with an assist in Sunday afternoon’s contest against the Hershey Bears, giving the rookie 5 points (1G-4A) in just five games, tying him for second in points among all rookies in the American Hockey League as of October 16.

Not to be outdone, rookie defenseman Philippe Myers also tallied his first professional goal this past weekend during the Phantoms 4-3 shootout win over the Hershey Bears.

When a keep in by forwards Greg Carey and Phil Varone kept the Bears hemmed in their own end, Myers, who was trailing the play, came into the middle and fired a shot that trickled through the legs of Hershey goaltender Parker Milner. The goal tied the game with the Bears at one and sparked the team, who then went on to score twoadditional goals in the third period en route to a shootout win.