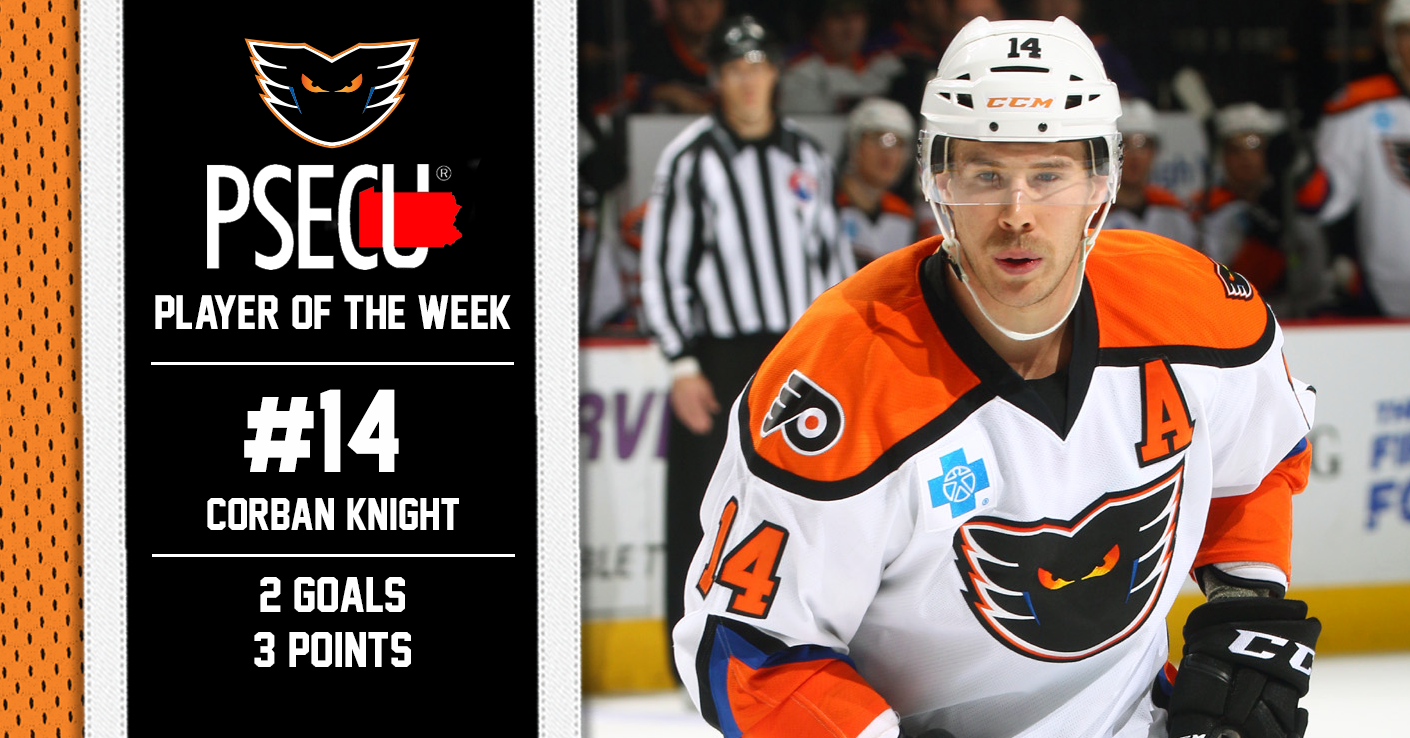 LEHIGH VALLEY — With two goals and three total points this past week, Lehigh Valley Phantoms forward Corban Knight has been named the PSECU Player of the Week.

With the game between the Phantoms and Hershey Bears tied at one early in the second period this past Friday, Knight assisted on a goal from line mate Tyrell Groulbourne at the 8:21 mark.  Knight pulled the puck out front for a scoring chance that rebounded to Goulbourne, who popped it into the net for his third of the year.

The goal put Lehigh Valley up 2-1 and started an avalanche of three goals in the next 2:13.

Knight potted the third of the series of goals at 10:34 of the second period when a pass from Chris Conner was teed up perfectly for him to drive home, up and over the shoulder of Hershey goaltender Pheonix Copley.

Lehigh Valley went on to score three more goals in the game in a 7-2 rout of the Bears on Superhero Night at PPL Center.

On Saturday in a 4-3 overtime loss to the Laval Rocket, Knight again found the back of the net — for the fourth time this season — when a James de Haas point shot rebounded off the goaltender and was tapped in by the 27-year-old British Columbia native.

Knight — in the midst of his fifth professional season — is coming off his second-best season as a pro where he amassed 11 goals and 29 assists for 40 points in 72 games with the Phantoms.