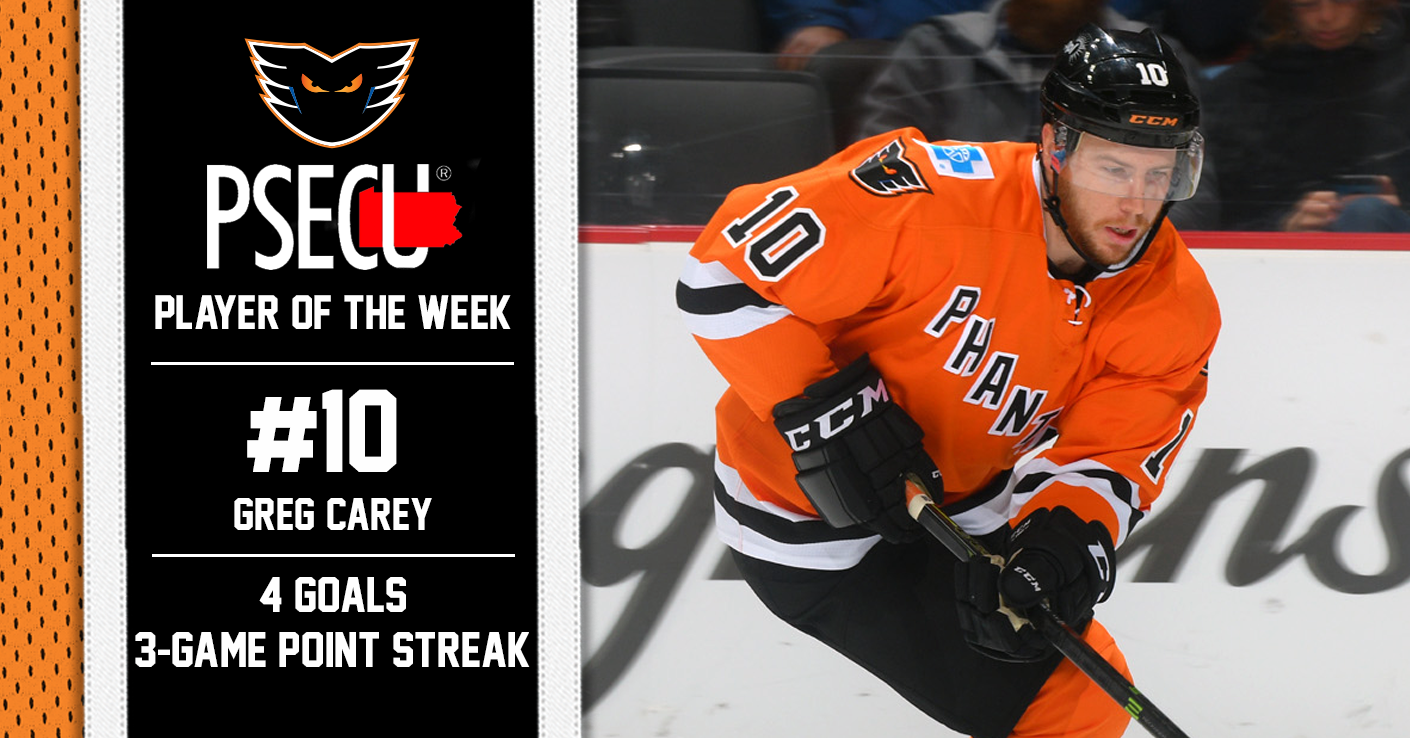 The Phantoms began the week against the Wilkes-Barre/Scranton Penguins on Wednesday night where Carey tallied the team’s second goal of the game in a 4-2 losing effort.

After the Thanksgiving holiday, on Friday, during the team’s last game of a six-game road swing, the 27-year-old winger potted a pair of goals — his seventh and eighth of the season — in Lehigh Valley’s 6-3 win over the Springfield Thunderbirds.

The first of Carey’s two came off a backhand tip on a Phil Varone centering feed that went upstairs and over the left shoulder of Springfield goaltender Samuel Montembeault just 5:02 into the first period.

Carey again went upstairs, with another backhander, at the 12:18 mark of the middle frame when a Mark Friedman dump in took a fortuitous bounce out front and was over skated by a Thunderbirds defenseman.  The fifth-year pro scooped the puck with the backhand and deposited it, again, over the left shoulder of Montembeault.

In Saturday’s back-and-forth engagement with the Bridgeport Sound Tigers, Carey would be the first to breakthrough for the Phantoms, getting the team on the board with a power-play conversion at 9:24 of the first period.  And he ruined a perfectly good water bottle while doing it.

When Greg Carey is around…

No one’s water bottle is safe…

His 9th of the year came on the power play, and exploded that perfectly good @POWERADE bottle. pic.twitter.com/G7BjRbPl4p

The power-play goal was the third of the season for Carey, who is currently tied for second on the team in that category this season, behind only Danick Martel.  In the 2016-17 season, Carey led the team with 17 man-advantage markers and finished second among skaters in the AHL with that number.

Carey also led the Lehigh Valley Phantoms in goals this past season with 28.