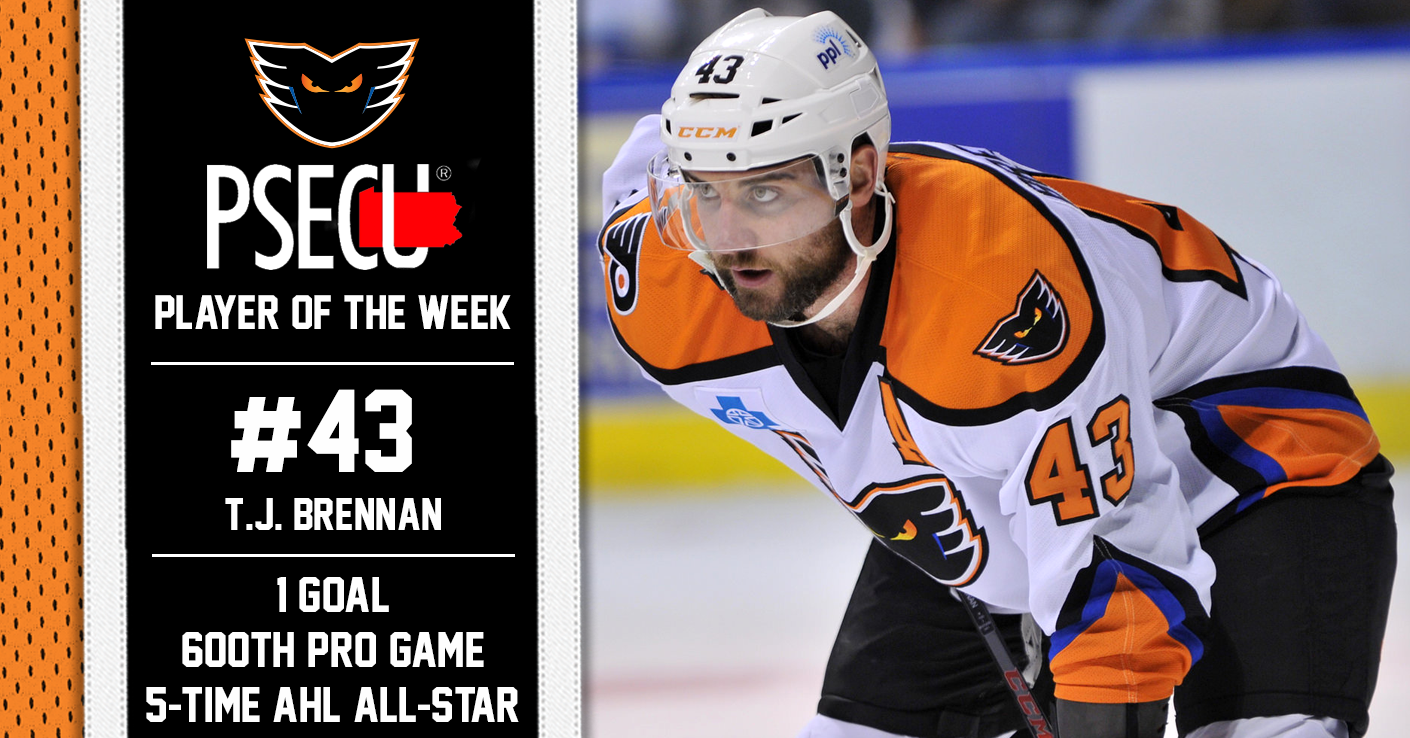 LEHIGH VALLEY — After being named to the AHL All-Star Classic roster, playing in his 600th professional contest and scoring a goal this past week, Lehigh Valley Phantoms defenseman T.J. Brennan has been named the first PSECU Player of the Week for 2018.

On Thursday, the American Hockey League released the All-Star rosters for the 2018 AHL All-Star Classic to be held in Utica, New York, over January 29-30. Among the selections from around the league, Brennan was named as a representative from the Lehigh Valley Phantoms.  Fellow Phantoms teammate Danick Martel was also named to the roster and will join Brennan in Utica.

This will be the fifth-consecutive year that the 28-year-old native of Moorestown, New Jersey, will be skating as an AHL All-Star. Most recently, he was selected as one of three representatives from the Phantoms during the 2017 AHL All-Star Classic that was held inside of PPL Center in Allentown.

The next day, Brennan and the Phantoms took on his former team, the Toronto Marlies in the first of two weekend contests against North Division opponents. The game marked the 600th professional contest of Brennan’s career that, at the time, had seen him amass 143 goals and 270 assists for 413 total points.  The Phantoms would take the Friday-night contest to a shootout, but would acquire only one point in the standings.

On Saturday night, when the team traveled to frigid Rochester, Brennan tallied the Phantoms only goal of the game during the 3-1 loss when he received a pass from fellow defenseman Will O’Neill, skated in to the top of the far circle and sniped it past the right shoulder of Rochester goaltender Linus Ullmark.

Brennan would also show off some soccer skills later in the game as he headed a puck fluttering through the air out of the Phantoms defensive zone to keep the Americans out.