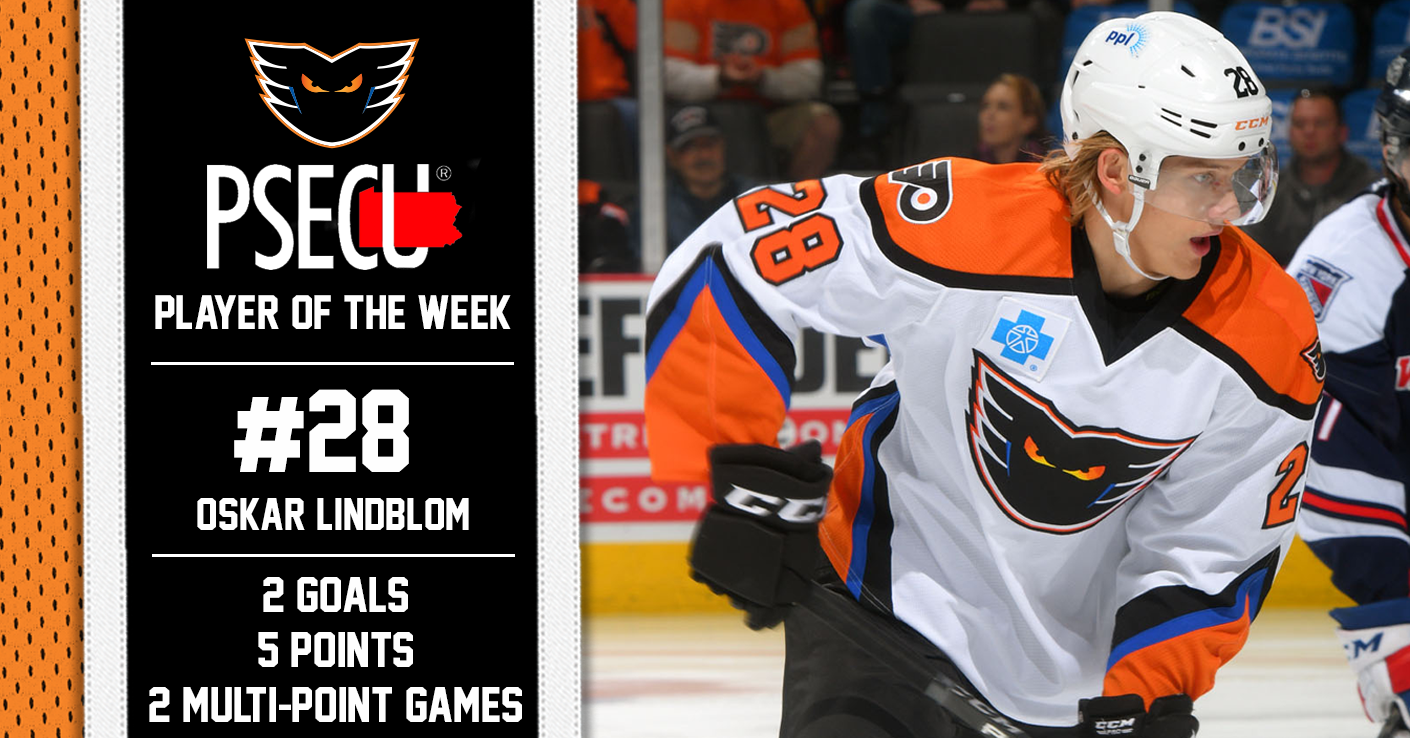 LEHIGH VALLEY — After recording two, multi-point games back to back this weekend — which included his first two goals of the 2017-18 season — and a current point streak that stretches over four games, Lehigh Valley Phantoms forward Oskar Lindblom has been named the PSECU Player of the Week.

The 21-year old from Gavle, Sweden, recorded his first goal of the season — and third as a pro in North America — just 15 seconds into the second period of Friday’s game against the Springfield Thunderbirds when he tapped in a centering feed from Corban Knight.  The goal gave the Phantoms a 4-1 lead en route to a 5-2 victory for the team’s sixth consecutive win.  Lindblom also recorded an assist earlier in the night giving him the second multi-point game of his young career.

On Saturday, the fifth-round draft selection netted his second goal of the season paired with yet another assist during the Phantoms 5-4 loss to the Hartford Wolfpack inside of PPL Center.  With two points on the night, Lindblom stretched his point total for the week to 5 and also tallied his second, multi-point game of the season.

While he did not record a point in the first six games with Lehigh Valley this season, Lindblom has since strung together six points (2G-4A) over the last four games giving him the second-longest, active point streak on the team behind Mike Vecchione.

Lindblom played eight games with the Phantoms at the end of the 2015-16 season where he tallied 7 points, including his first two professional goals in North America on April 9, 2016 against the Bridgeport Sound Tigers.