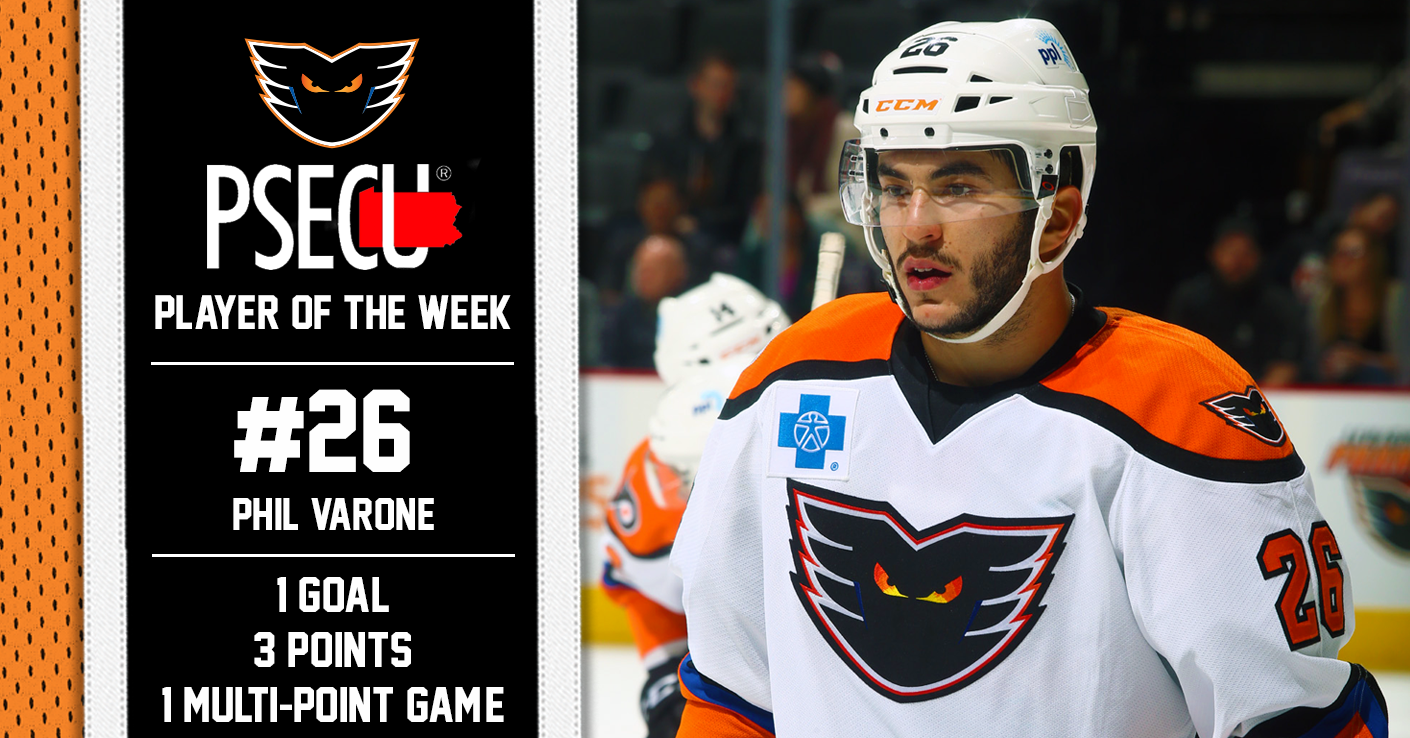 LEHIGH VALLEY — With a goal and two assists for three points in two games this past week, Lehigh Valley Phantoms forward Phil Varone has been named the PSECU Player of the Week.

This week kicked off bright and early when the Phantoms traveled to Bridgeport on Wednesday for a school-day game that began at 10:30 a.m.  With a lackluster start, Lehigh Valley headed into the locker room down 2-0 at the end of the first period.

However, just 22 seconds into the second period Lehigh Valley earned a power play when a Sound Tigers’ player sat for slashing.  During that ensuing power play, at the 1:04 mark, Varone collected a rebound off of a T.J. Brennan point shot and popped it into the net for his third goal of the season and the Phantoms first of the game.

That goal was the first of four, unanswered, that went the Phantoms way en route to a 4-2 comeback victory over the Sound Tigers.  Varone also registered the primary assist on Lehigh Valley’s fourth of the game with a dish off the boards that sprung Tyrell Goulbourne in alone for his second of the season, putting the nail in the proverbial coffin.

Despite a rough outing in Hershey on Saturday night, where the Phantoms dropped a 6-1 decision, Varone again recorded an assist on Lehigh Valley’s only goal of the game.

Varone is currently second on the Phantoms in scoring, producing at a point-per-game rate, with 15 points (3G-12A) over 15 games this season.  He has also now registered three multi-point games.