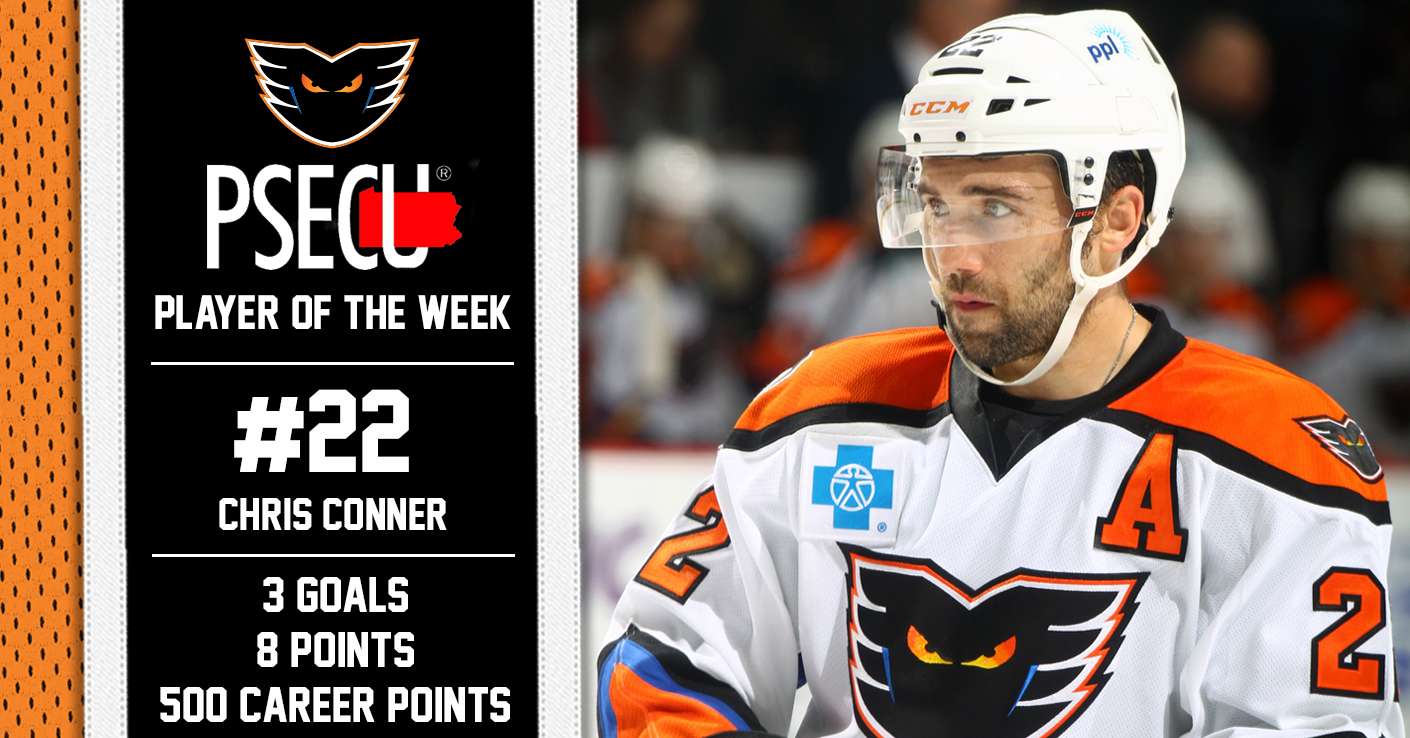 LEHIGH VALLEY — After amassing eight points in three games this weekend — which included three goals and five assists — and hitting the 500 career professional point mark, Lehigh Valley Phantoms forward Chris Conner has been named the PSECU Player of the Week.

In the first game of the Phantoms three-in-three weekend, against the rival Wilkes-Barre/Scranton Penguins, Conner notched three assists and also netted the game-tying goal to send the game into overtime.  While Lehigh Valley was unable to steal the second point, losing 6-5 in the shootout, the team walked away with an extremely valuable standings point thanks to Conner’s heroics.

With the late goal in the game on Friday night, coming at the 11:26 mark of the third period, Conner reached 500 career professional points.  Currently in the 13th year of his professional career, the Westland, Michigan, native has now totaled 454 points (168G-286A) at the American Hockey League level as well as another 50 points (22G-28A) in the National Hockey League.

On Saturday night, the Phantoms traveled north to take on the Binghamton Devils for the second time this season.  While the team quickly found themselves down 2-0 less than halfway through the first period, Conner again put the team on his back with a two goal, two assist performance that propelled the Phantoms to a 6-5 victory.  One of his two goals on the night, came on a breakway when he was sprung by defenseman TJ Brennan.

By weekend’s end, Conner had directly contributed to 8 of the 12 goals that the Phantoms scored over three games.

This past season, Conner set a new AHL career high in goals with 22 and tied his career best point total with 56.  The 33-year old has also had five season with over 50 points.