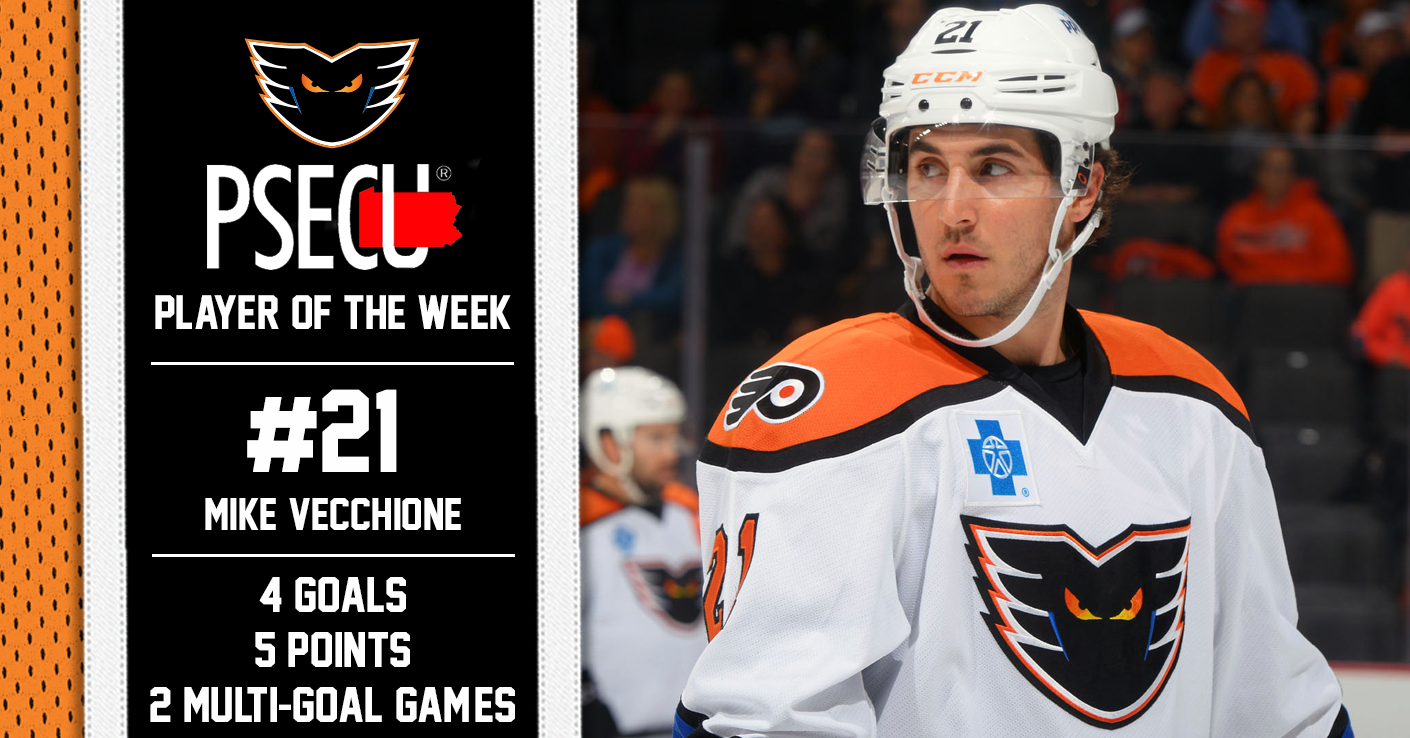 LEHIGH VALLEY — With back-to-back, two-goal games as well as five points over two games this past week, Lehigh Valley Phantoms forward Mike Vecchione has been named the PSECU Player of the Week for the second time this season.

Despite a slow start in Belleville on Wednesday, Vecchione notched a pair of goals — just 3:03 apart — in the second period bringing the Phantoms within one heading into the locker room at the end of the middle frame.

The first of his two on Wednesday came when the rookie forward created a turnover in the Belleville zone, skated in on a partial breakaway and put the puck past Senators goaltender Andrew Hammond.

On Saturday in Laval, the 24-year old from Saugus, Massachusetts, found the back of the net at the 13:10 mark of the first period which would serve as the go-ahead goal giving the Phantoms a 2-1 lead en route to a 5-2 win over the Rocket.

Vecchione’s goal, the Phantoms second of the game, came as a product of hard work as he fought to a rebound from a Sam Morin point shot and shoveled it into the net on the backhand.  Vecchione’s fifth of the season went on to be the eventual game winner giving him the first game-winning goal of his professional career.

The second goal on Saturday night came on the Phantoms second power play of the game and Vecchione later tallied an assist on a late power play to give him two power-play points in the contest.

As of Monday, Vecchione entered the week tied for the points lead among all rookies in the AHL with 18 points (6G-12A) on the season.  He is also coming off of an October that saw him string together a seven-game point streak and tally two goals and eight assists for 10 points with a plus-eight rating over 10 games which earned him CCM/AHL Rookie of the Month honors.