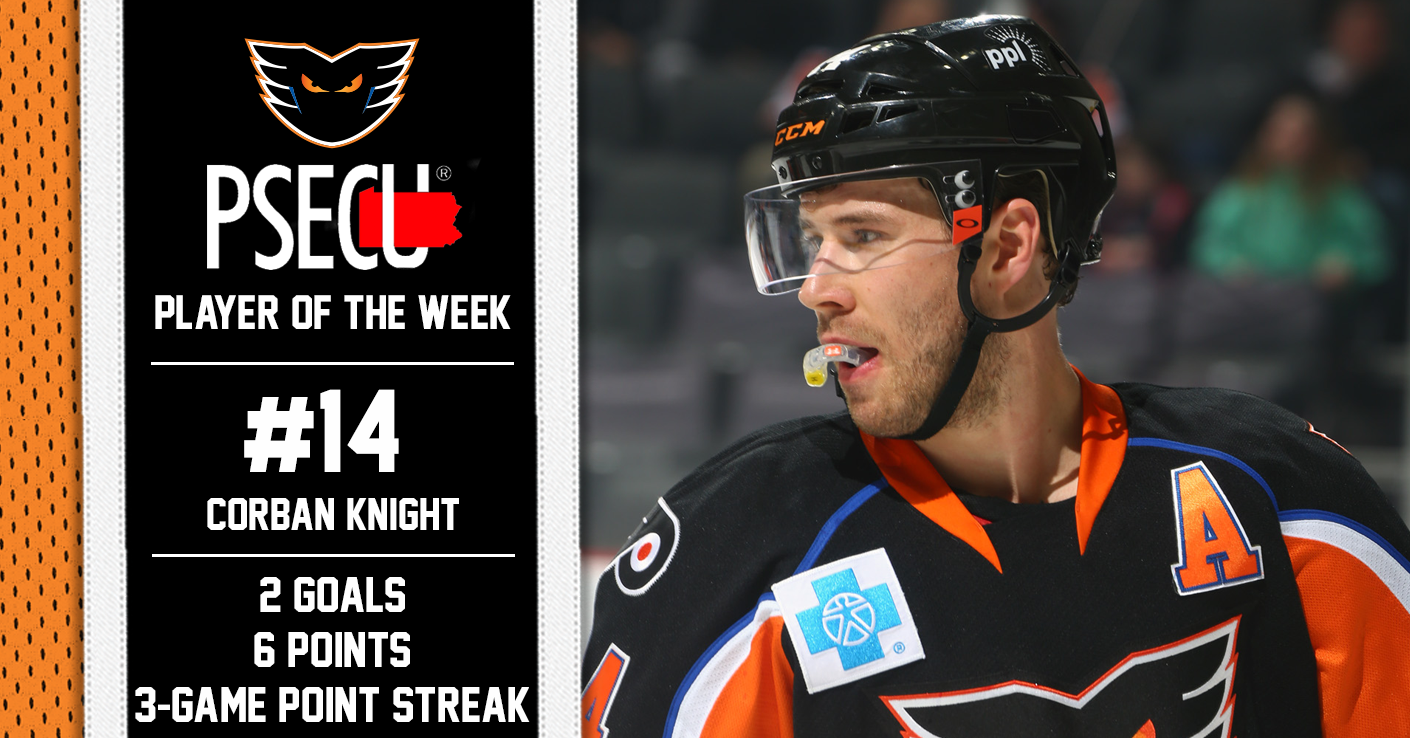 LEHIGH VALLEY — Currently riding a three-game point streak – with two goals and four assists for six points – Lehigh Valley Phantoms forward Corban Knight has been named the PSECU Player of the Week for the second time this season.

After missing 11 games with an injury, Knight returned to the line up for the first time since January 6 as the Phantoms took on the Charlotte Checkers this past Wednesday night. He wasted little time shaking off the rust as he assisted on two goals, including the game-winner scored by linemate Colin McDonald.  Lehigh Valley went on to win 4-3.

Postgame, Knight let the media know that while he was happy to get his first game back under his belt, he still had some work to do to be back to 100 percent.

On Friday, Lehigh Valley hosted the rival Hershey Bears and Knight again made an impact along with his linemates. After assisting on the first Phantoms goal of the night, the Oliver, British Columbia, native went on to net a pair of goals en route to a 5-1 victory over the team’s Atlantic Division foes.

The first, which was potted into an almost-empty net, came thanks to a turnover created by Cole Bardreau behind the net.

The 27-year-old center followed that up with his second of the night – and ninth of the season – as McDonald connected with him in front of the net. The goal made it 5-0 Phantoms near the end of the second period.

The Phantoms returned to the ice inside of PPL Center the following night as they took on the Rochester Americans on Saturday.  Knight tallied a helper on the first goal of the game which stretched his point streak to three games and wrapped up his first week back on the ice with six points.

Knight now has nine goals and 20 assists for 29 points in 39 games this season.  He also boasts a plus-15 rating which currently ranks him second on the Phantoms roster in that category.