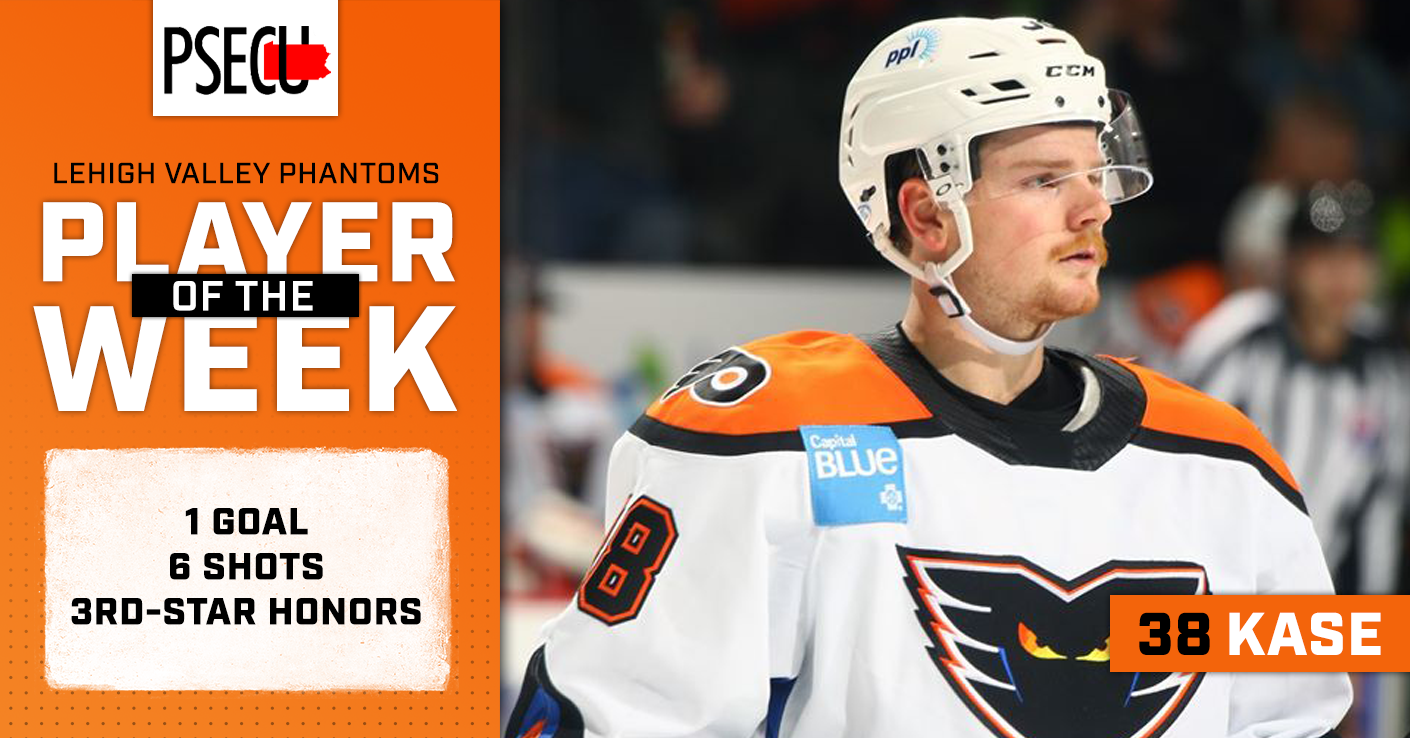 Lehigh Valley, Pa. — With a goal and six shots through two contests this past weekend as well as taking third-star honors on Saturday, Lehigh Valley Phantoms forward David Kase has been named the PSECU Player of the Week for the first time this season.

After dropping their first contest after the AHL All-Star Break to the rival Wilkes-Barre/Scranton Penguins on Friday night, the Phantoms headed to Hershey on Saturday night to face off against the Bears for the two team’s eighth overall meeting.

Lehigh Valley would draw first blood as they found the back of the net just 4:11 into the opening frame when Chris Stewart deflected in a Maksim Sushko shot from the point.

After a scoreless second period, Kase would extend the Phantoms lead to 2-0 over their rivals with his fifth goal of the season.

As his linemates went to the bench for a change, Kase motored up the right-wing boards to chase down his own dump in.  Skating against three Hershey defenders, by himself, the 23-year-old forward stole the puck, cut to the middle of the ice and ripped a shot back across his body to the top right-hand corner of the net over the glove hand of Bears’ netminder Vitek Vanecek.

The goal earned Kase third-star honors on the night and the Phantoms went on to shutout the Bears 3-0.

Kase now has two goals and four assists for six points in his past six games and recently had a four-game point streak after his return from recall with the Flyers.  Overall, the Czech-born player has five goals and eight assists for 13 points with the Phantoms this season.