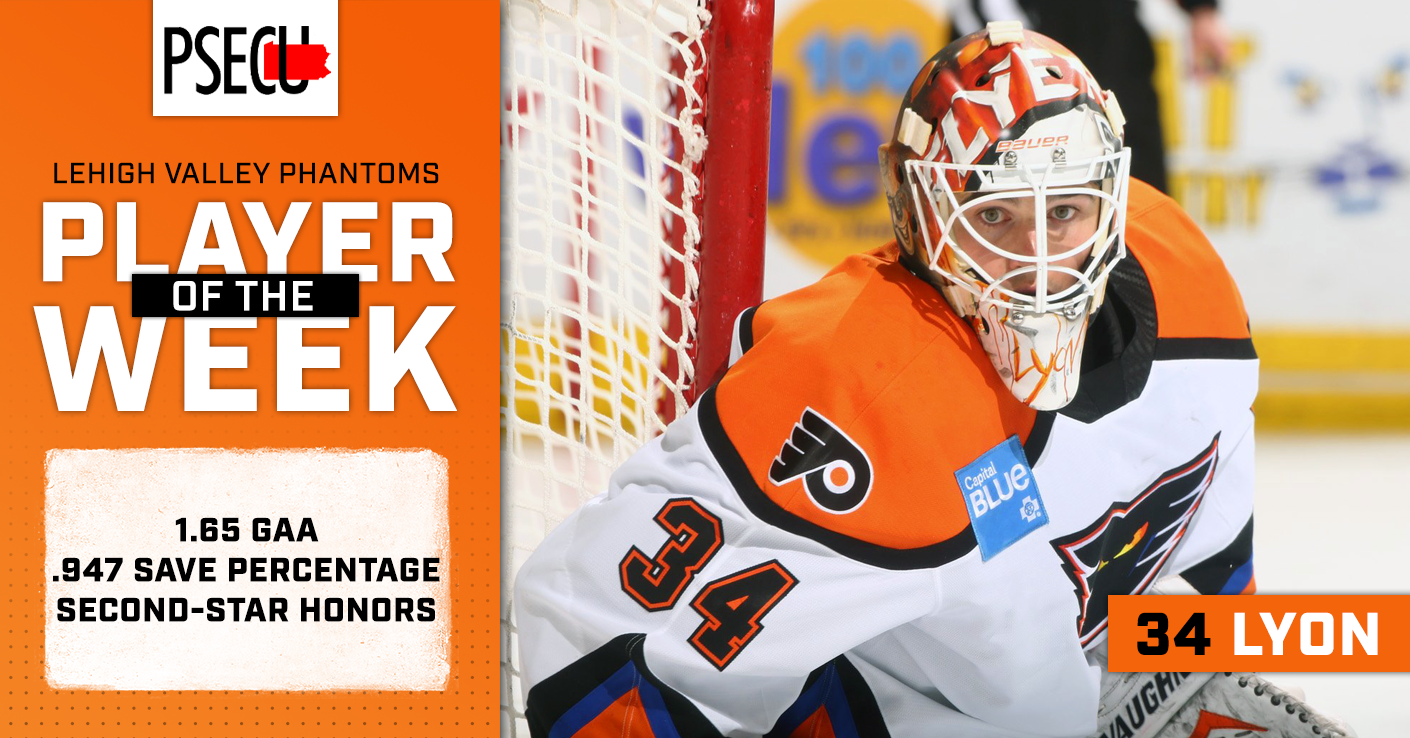 Lehigh Valley, Pa. — With a .947 save percentage and 1.65 goals-against average across his past three starts, Lehigh Valley Phantoms goaltender Alex Lyon has been named the PSECU Player of the Week for the first time this season.

The Phantoms began their week with a Wednesday night road matchup against the Springfield Thunderbirds on December 4.  Lyon, who made his second start in a row for Lehigh Valley, came into the week having most recently posted a 34-save win against the Hartford Wolf Pack on November 30, in which he only allowed a single goal.  His previous performance earned him second-star honors and raised his record on the season to 6-4-2.

The 27-year-old netminder managed to turn aside 20 of the 22 shots he faced during the contest, including an in-tight save after a turnover in the defensive zone during the second period.

Despite peppering Springfield Goaltender Philip Desrosiers with a franchise record 63 shots — which included Greg Carey setting a new single-game record for shots in a game with 14 — the Phantoms ultimately fell to the Thunderbirds by a score of 3-1.

On Friday, Lyon would make his third consecutive start in a home contest against the rival Hershey Bears.  While the contest was back-and-forth for most of evening, the Bears edged the Phantoms by a score of 2-1.  Lyon ended the evening by facing a total of 37 shots, turning aside 35 of them in the process.  Despite absorbing the loss, the Baudette, Minnesota, native finished the game with a .946 save percentage and a 2.05 GAA.