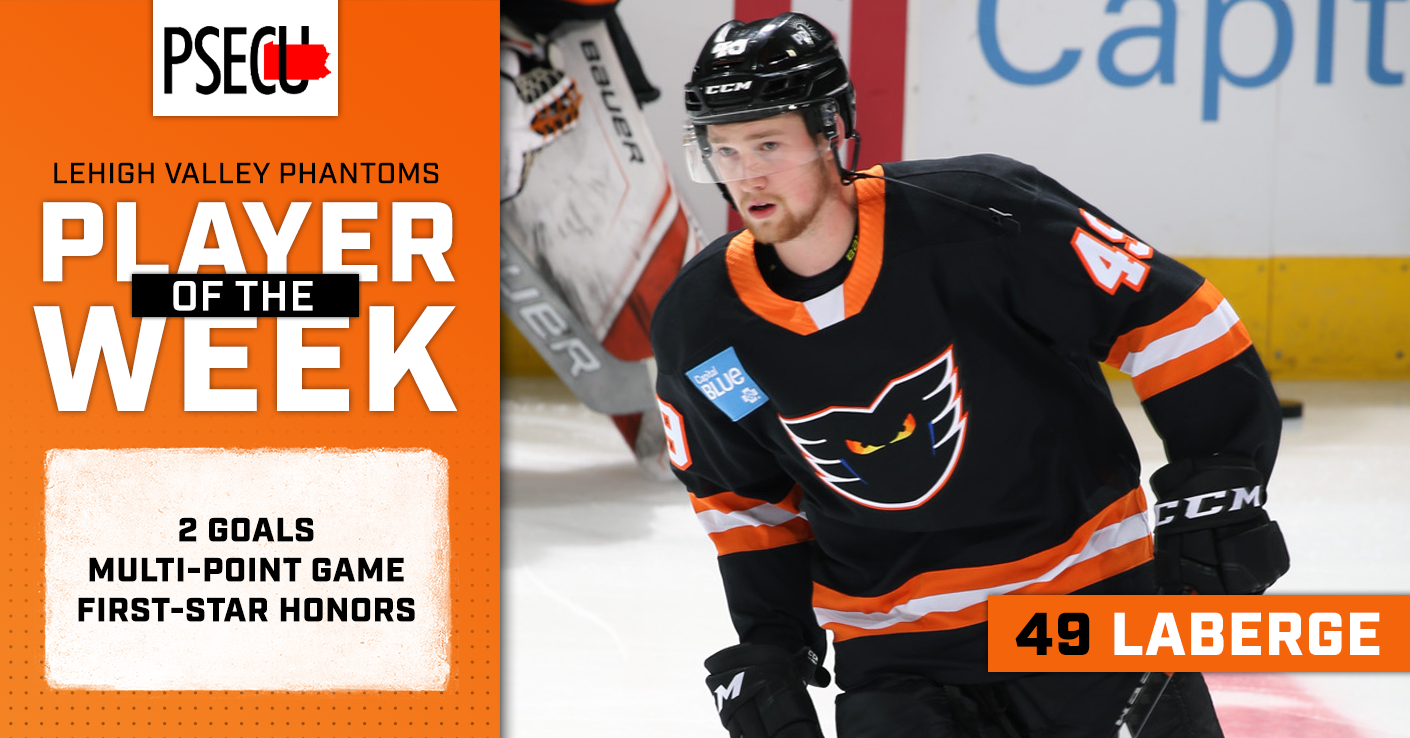 Lehigh Valley, Pa. — With two goals in Saturday’s contest against the Charlotte Checkers, as well as taking first-star honors and leading the team in shots with five, Lehigh Valley Phantoms forward Pascal Laberge has been named the PSECU Player of the Week.

The Phantoms headed south for a pair of games against the Charlotte Checkers before heading into the holiday break this past weekend beginning on Saturday night.

After a scoreless first period, Lehigh Valley found its way onto the scoreboard first when Laberge redirected a shot pass from Chris Bigras into the net.  Bigras, who took player of the week honors last week, skated down to the left dot before firing a cross-ice pass to the stick of Laberge who was waiting on the back door for a tap in with 11:26 remaining in the middle frame.

Doo, doo, doo, scorin' on the back door pic.twitter.com/AxCBeBku6o

10:22 later, Laberge found the back of the net for his second marker of the night when the he located a loose puck through a mess of bodies in front of the Charlotte net, spun around and fired it home to give Lehigh Valley a 2-0 lead heading into the second intermission.

Every now and then I score two goals. pic.twitter.com/syIcAhEg8h

Mark Friedman added a third tally for the Phantoms in the third period and despite the Checkers scoring twice, Lehigh Valley hung on to edge Charlotte 3-2.

Laberge finished the game with a total of five shots, a team high, and took first-star honors for his two-goal performance.