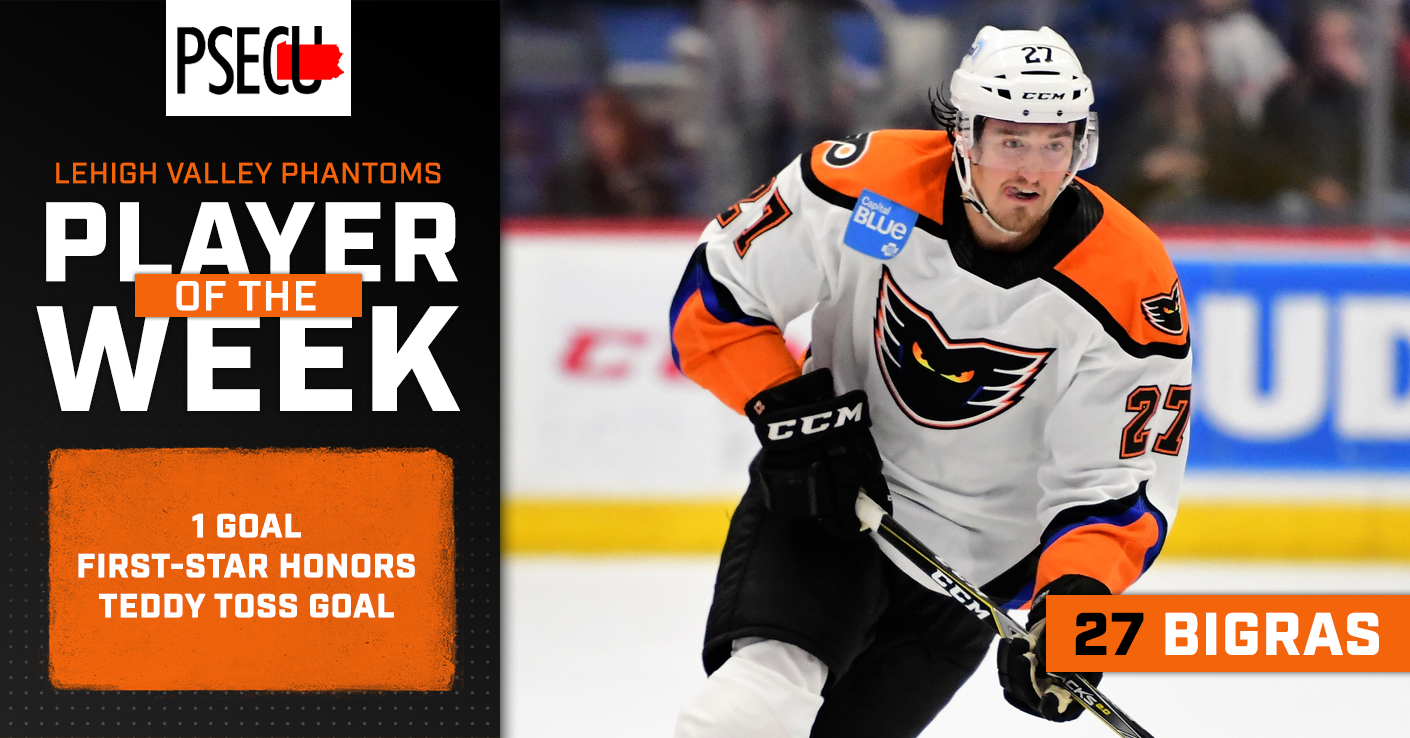 Lehigh Valley, Pa. — After scoring the goal that brought over 10,000 teddy bears and stuffed animals to the ice in last Saturday’s 4-2 victory over the Hartford Wolf Pack, Lehigh Valley Phantoms defenseman Chris Bigras has been named the PSECU Player of the Week for the first time this season.

After dropping the first half of a home-and-home series against the Wolf Pack on Friday, the Phantoms returned home to PPL Center to rematch against their Atlantic-Division opponents.  Saturday’s game was also the team’s annual Teddy Bear Toss, presented by Dan’s Camera City, in which fans are encouraged to bring and toss bears onto the ice after Lehigh Valley’s first goal of the game.

The crowd didn’t have to wait long as Bigras lit the lamp just 1:22 into the opening frame to send the fur flying.

As Kurtis Gabriel skated a puck from behind the Hartford net, towards the left wing boards, he tossed a pass up the half wall to a waiting Bigras.  The 24-year-old blueliner one-timed the puck from the left point, past the Wolf Pack’s Adam Huska and into the net to put the Phantoms up 1-0 and trigger the teddy bear toss.

Thanks to Bigras’ goal, the Phantoms and their fans, together, donated a total of 10,091 teddy bears and stuffed animals to Valley Youth House on Monday, December 16.  The number is a new Lehigh Valley record and swelled the Phantoms total to over 30,000 over the past six years. 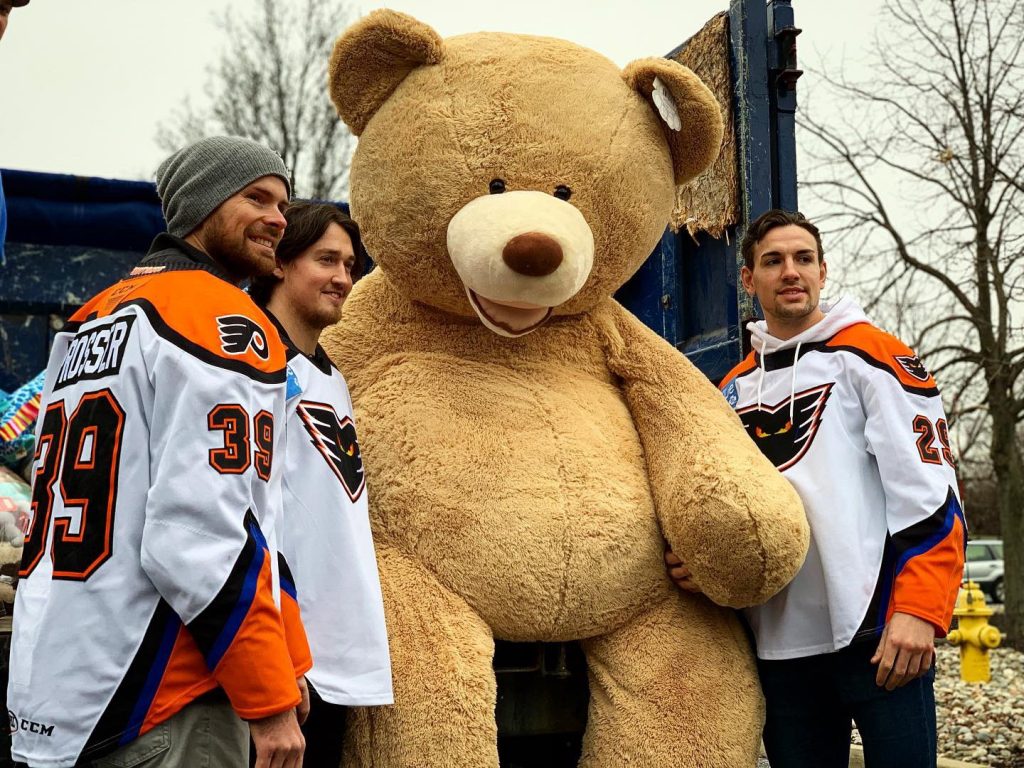 Lehigh Valley netted a second goal in the first period, off the stick of Nic Aube-Kubel, before heading into the locker room with a 2-0 lead.

After a scoreless middle frame, the Phantoms and Wolf Pack traded goals twice in the third period which ended with a 4-2 victory for the Orange and Black.  Gerry Fitzgerald netted his second goal of the season, which stood as the game-winning goal, and Maksim Sushko potted an empty-net goal at the 18:24 mark to cap off the win for Lehigh Valley.