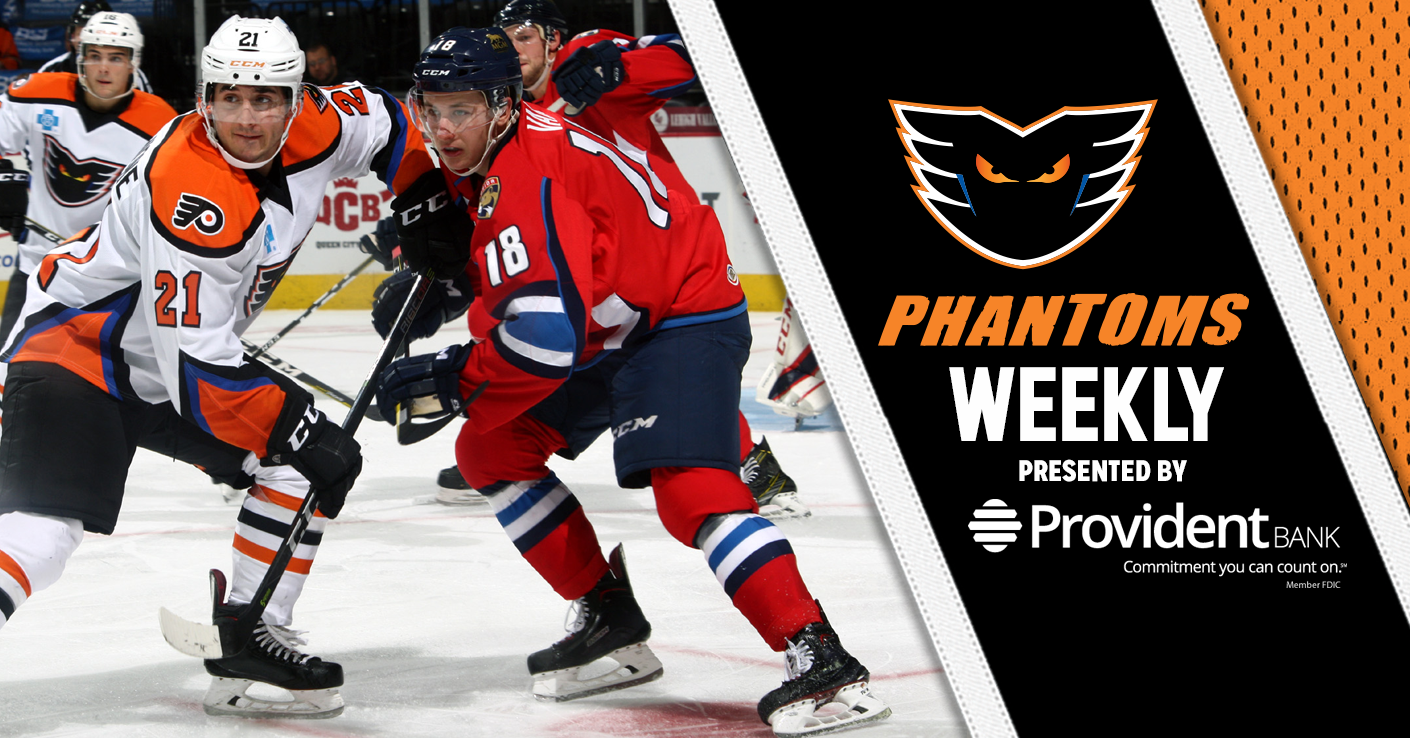 With standings points in seven of their last nine games overall (5-2-2), the Lehigh Valley Phantoms (21-11-2-3, 47 pts., 0.635 pts. pct., 3rd Atlantic Division) return to action for three games this weekend, including a pair of highly-anticipated contests at PPL Center. The Phantoms enter the week tied with the Providence Bruins for the most standings points (47) in the tightly-contested Atlantic Division. 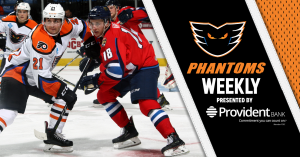 Lehigh Valley returns to action this Friday, January 12 when it plays its first home game of 2018 when the Phantoms welcome the Springfield Thunderbirds, AHL affiliate of the Florida Panthers, to PPL Center. Springfield (14-21-1-1, 30 pts., 0.405 pts. pct., 8th Atlantic Division) dropped a pair of games last weekend and enters the week having fallen in four of its last five games overall. After a 4-2 loss at the Wilkes-Barre/Scranton last Friday, the Thunderbirds returned home Saturday only to be handed a 6-2 setback to Providence.

Friday’s contest will mark the fourth of six total meetings during the 2017-18 regular season between between Lehigh Valley and Springfield with the Phantoms having claimed each of the first three head-to-head collisions. Lehigh Valley opened the season series with a 3-2 overtime triumph at PPL Center on October 25 and followed that up with a 5-2 victory at MassMutual Center in Springfield just two days later. Most recently, the Phantoms snagged a 6-3 win over the Thunderbirds in Springfield on November 24. Lehigh Valley’s Oskar Lindblom currently leads all scorers in the season series with five points (2 goals, 3 assists) through the first three meetings. 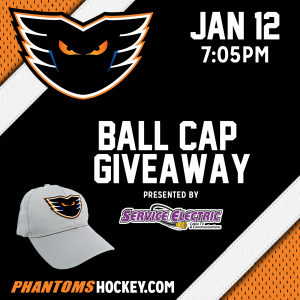 Friday’s game features a Ball Cap Giveaway presented by Service Electric Cable TV & Communications free to the first 6,500 fans in attendance. A limited number of tickets remain for Friday’s game and can be purchased online HERE.

The Phantoms are then in action on Saturday, January 13 in downtown Allentown when they kick off a home-and-home series with the rival Hershey Bears. Hershey (17-16-1-3, 38 pts., 0.514 pts. pct., 6th Atlantic Division) won a pair of home games last weekend and enters the week having won four of its last six outings overall. The Bears completed a sweep of the Charlotte Checkers last weekend claiming a 5-1 victory on Saturday before posting a 3-0 shutout on Sunday. Hershey will cap its four-game home stand on Wednesday against Springfield before invading PPL Center on Saturday. 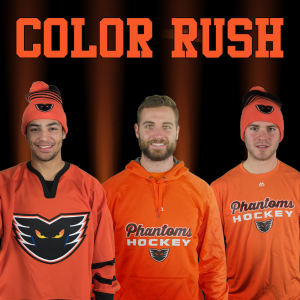 Saturday’s game will mark the debut of Lehigh Valley’s Color Rush uniforms as the Phantoms will don their all-orange uniforms for the very first time this Saturday before wearing them again next Saturday during the 2018 Capital BlueCross Outdoor Classic at Hersheypark Stadium. Saturday’s game in downtown Allentown is sure to be a packed house as it’s also Girl Scout Night. A limited number of tickets remain for Saturday’s rivalry showdown and can be purchased online HERE.

Lehigh Valley then caps this week’s action on Sunday, January 15 when the team visit the Giant Center in Hershey for a 5:00 p.m. showdown with the Bears.

The Phantoms are 4-2 against Hershey this season and have claimed each of the first three head-to-head meetings at PPL Center. Lehigh Valley has outscored the Bears 26-21 overall in the season series and 19-8 in three prior collisions in downtown Allentown. Phantoms’ forwards Danick Martel and Phil Varone along with Hershey’s Chris Bourque lead all skaters in scoring in the season series with eight points each. 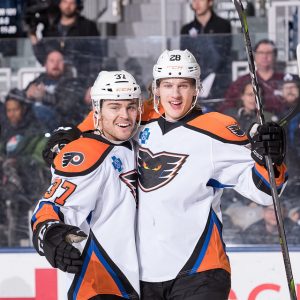 Oskar Lindblom (12th) and Alex Krushelnyski (1st) both found the back of the net last Friday as the Phantoms earned a critical standings point as part of a 3-2 shootout setback at the Toronto Marlies. Goaltender Alex Lyon turned in a herculean effort between the pipes for Lehigh Valley as he denied 35 of Toronto’s 37 total shots in moving to 9-7-2 on the year. Lindblom’s goal continued his recent scoring surge, which has seen the first-year winger compile eight goals and 13 points over his last 14 games.

Friday’s game marked the return of Colin McDonald to the Phantoms’ lineup after a nine-game absence due to injury and also marked the 600th career professional game for defenseman T.J. Brennan.

Fresh off being named to his fifth straight AHL All-Star Classic, T.J. Brennan tallied his fifth goal of the season and 139th conversion of his impressive AHL career as the Phantoms were handed a 3-1 decision at the Rochester Americans. For the second time in as many nights, Lehigh Valley’s goaltender surrendered just two goals against Dustin Tokarski was spectacular between the pipes in turning aside 32 of Rochester’s 34 total shots.

Forward Seth Griffith paced the offensive effort for the Americans with a goal and two assists.