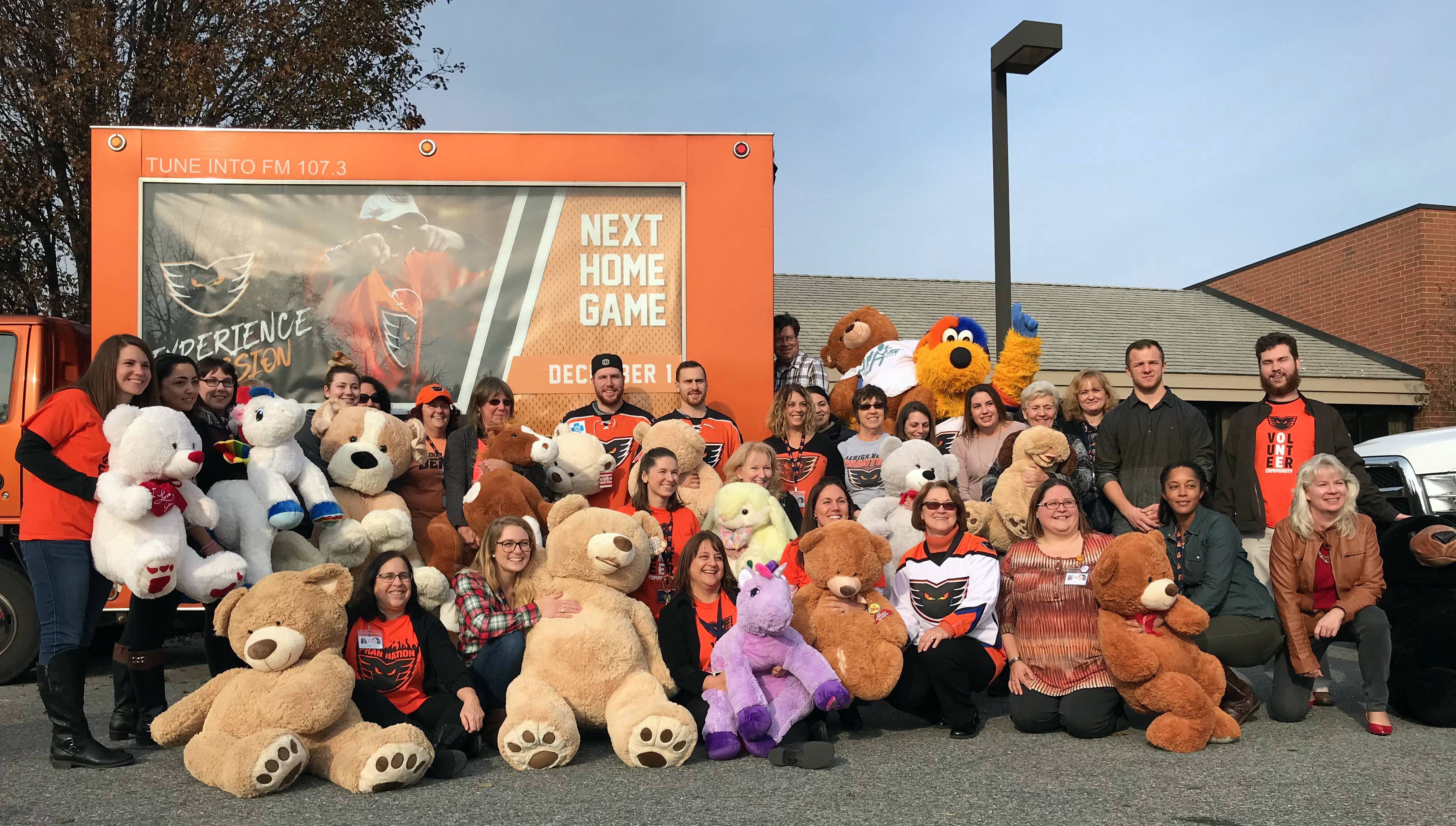 Lehigh Valley, PA – The Lehigh Valley Phantoms, proud AHL affiliate of the Philadelphia Flyers, are pleased to announce that the team’s 2017 Teddy Bear Toss presented by Dan’s Camera City, held this past Saturday at PPL Center, produced an impressive 4,970 teddy bears and stuffed animals. All teddy bears/stuffed animals were counted first thing this morning and promptly delivered to Valley Youth House for distribution to children across the Lehigh Valley. 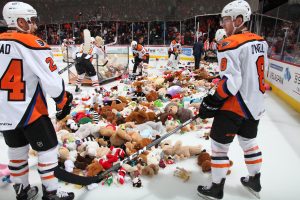 The Phantoms continue their six-game home stand this Wednesday, December 6 when the rival Wilkes-Barre/Scranton Penguins invade PPL Center for a 7:05 p.m. showdown. During Wednesday’s game, we’ll honor the brave men and women of our nation’s military during Military Appreciation Night, which features a Mini Flag Giveaway free to the first 6,500 fans in attendance. A limited number of tickets remain for Wednesday’s game and can be purchased online HERE.