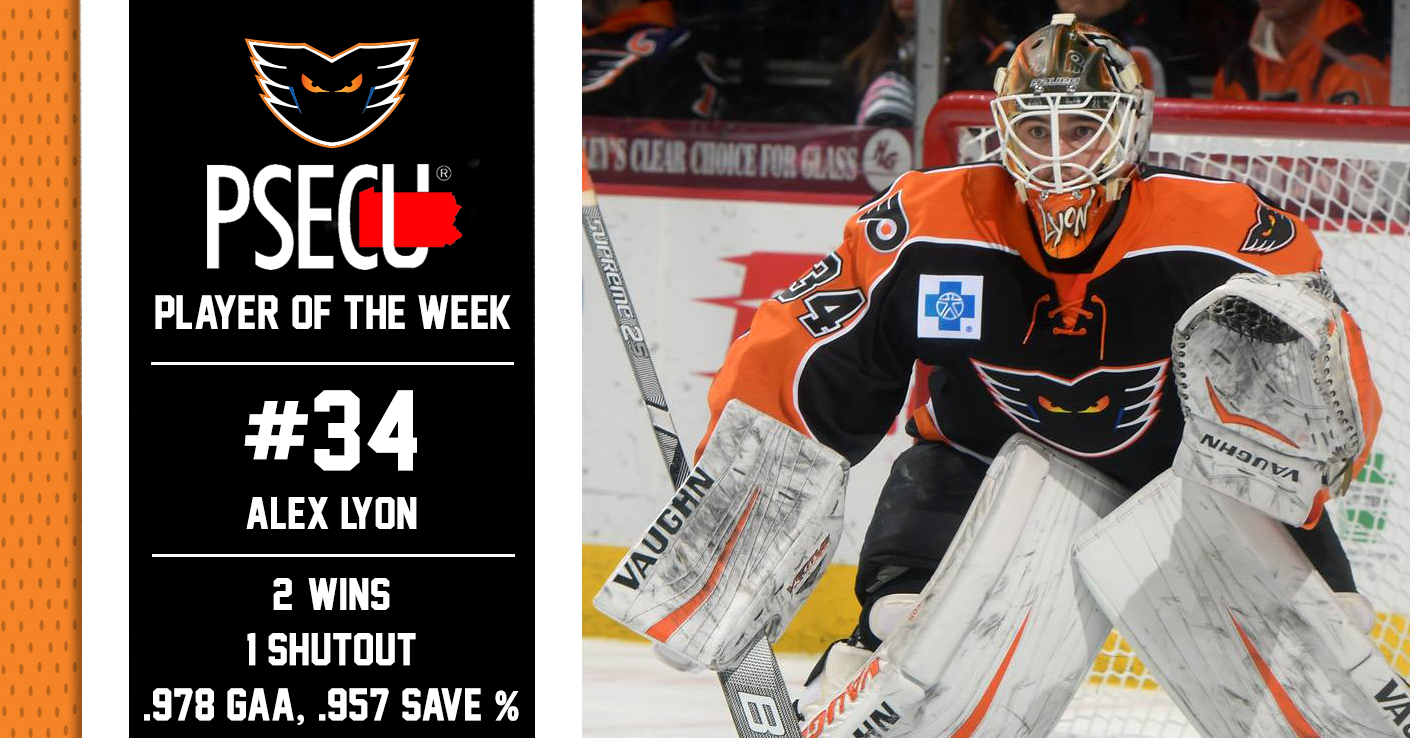 Lehigh Valley, Pa. — With two wins — including his first shutout of the season — a goals-against average of .978 and save percentage of .957 over his past three games, Lehigh Valley Phantoms goaltender Alex Lyon has been named the PSECU Player of the Week for the first time this season.

The Phantoms began a three-game slate with a midweek contest against the rival Hershey Bears inside of PPL Center this past Wednesday night.  The meeting would mark the fourth time the two teams faced off this season, with Lehigh Valley holding a 2-1 record over the Bears. 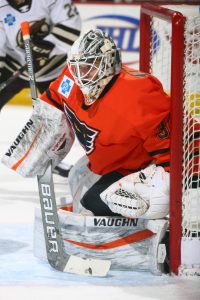 Lehigh Valley would net five total goals throughout the contest while Lyon stood tall and turned aside all 18 shots he faced to earn his first shutout of the season and fifth of his professional career.  The win also marked the second consecutive game in which the Phantoms blanked the Bears.

On Friday night, Lehigh Valley took on the Syracuse Crunch for the first time this season.  Lyon turned aside 27 pucks on 29 shots over 65 minutes, and then another three shooters in the shootout, as the two teams went five rounds before the Crunch would take the extra point.

The Phantoms traveled to Chocolatetown to again tangle with the Hershey Bears on Saturday night before the holiday break.  Despite the game being offensively dominated by the Orange and Black, Lyon faced 22 shots and only allowed a single goal en route to his second victory of the week.  Lehigh Valley triumphed over Hershey, 6-1, raising their record to 4-1-0-0 over their rivals this season.