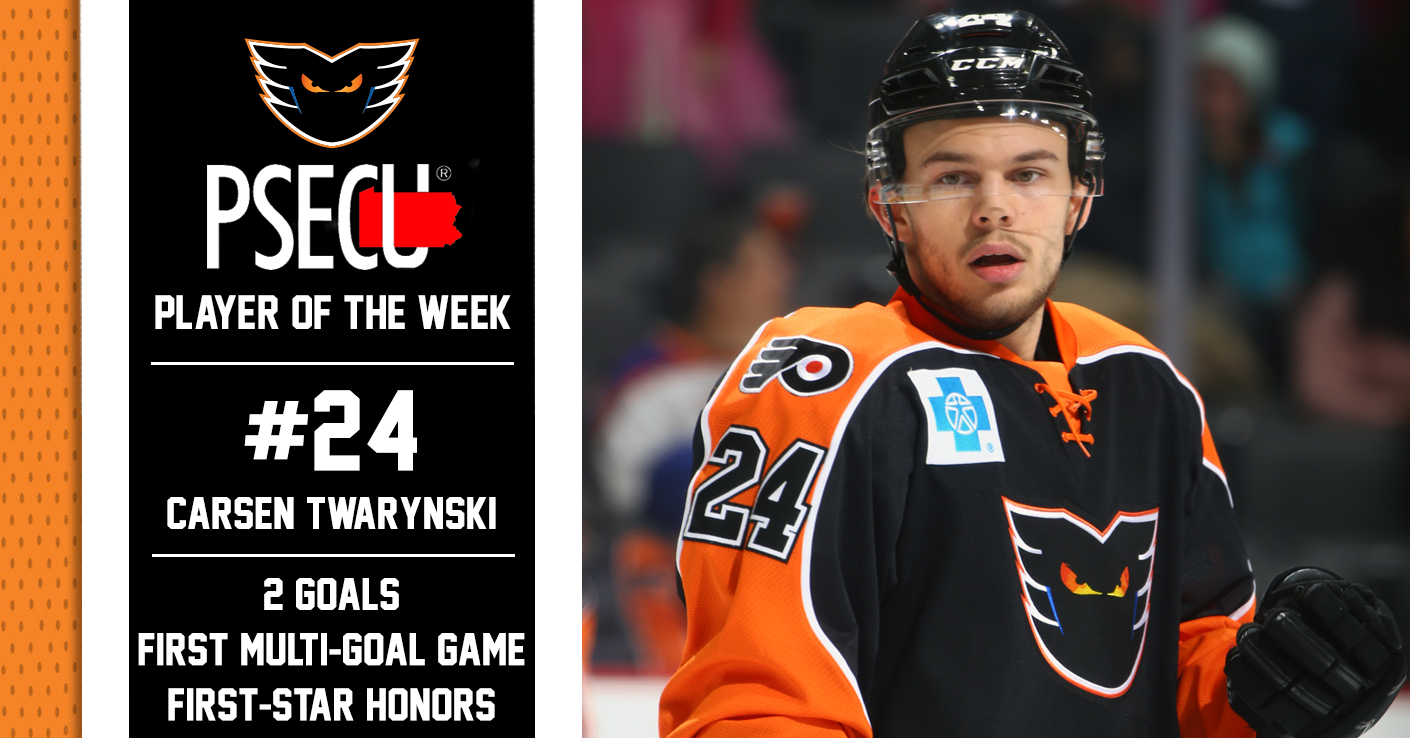 Lehigh Valley, Pa. — With two goals against the Belleville Senators this past weekend as well as the first multi-goal game of his career, Lehigh Valley Phantoms forward Carsen Twarynski has been named the PSECU Player of the Week for the first time this season.

The Phantoms began a two-game weekend slate inside of PPL Center in downtown Allentown with their second match up of the season against the Belleville Senators.  Having already posted a 4-2 victory over the B-Sens on December 1, the Orange and Black were looking for the season sweep.

Lehigh Valley started the scoring at the 11:36 mark of the first period when Greg Carey picked up a rebound from his own shot and fired it into the net on the power play for his 13th goal of the season.  After the intermission, rookie Connor Bunnaman stretched the Phantoms lead to 2-0 over the Senators with another power-play marker with 12:38 remaining in the middle frame.

Despite Belleville cutting the lead in half just 4:09 later, Twarynski netted his first goal of the game — and second of the season — thanks to a play that materialized from a backchecking effort and steal from fellow forward Tyrell Goulbourne.  After receiving a lead pass from Reece Willcox, Twarynski skated into the zone on a breakaway before depositing the puck past the stick side of Senators’ goaltender Filip Gustavsson.

Later in the game, just past the half-way point of the third period, Twarynski converted again when he became the benefactor of a Radel Fazleev pass on a two-on-one chance.

By night’s end, the 21-year-old winger had secured the first multi-goal game of his professional career and earned first-star honors for his performance against Belleville.

Twarynski now has six total points (3G-3A) this season across 22 total contests with the Phantoms.