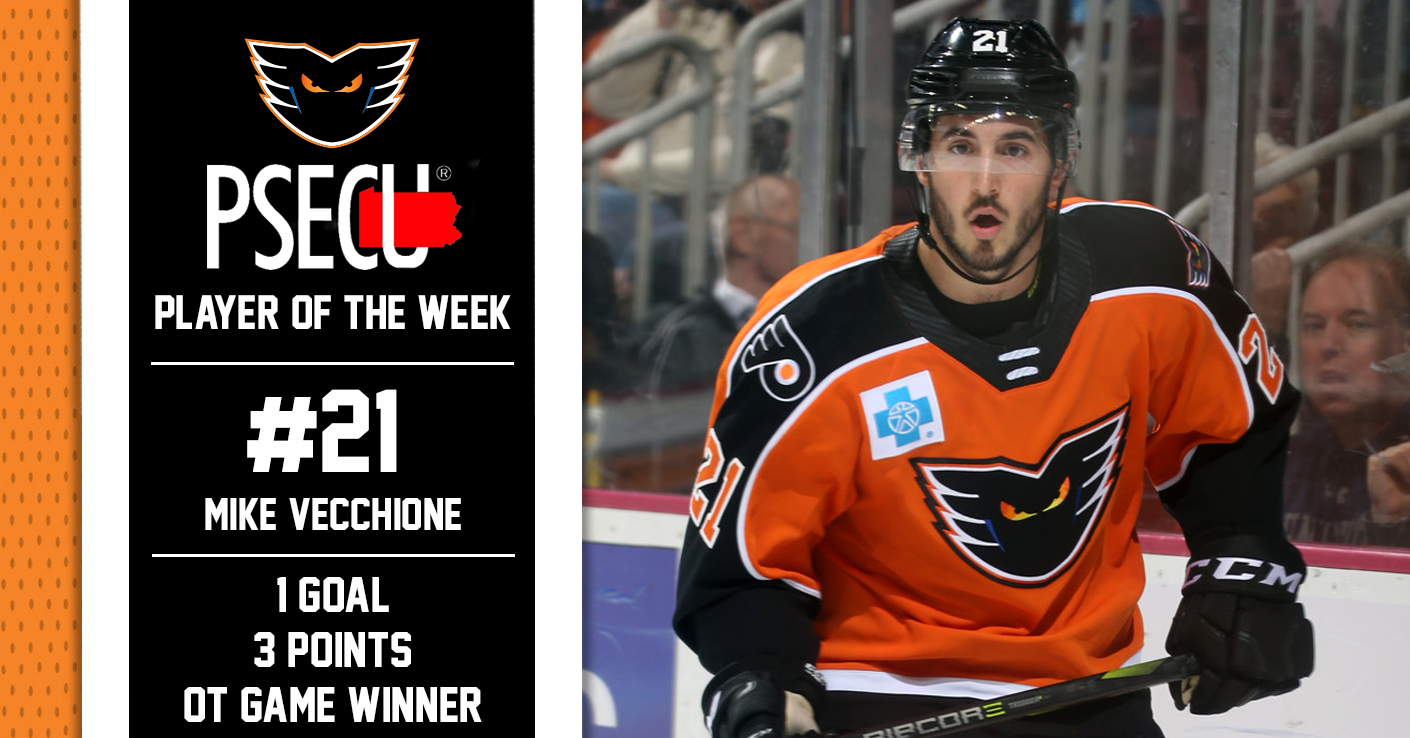 Lehigh Valley, Pa. — With an overtime game-winning goal and three total points (1G-2A) in two games against the Binghamton Devils this past weekend, Lehigh Valley Phantoms forward Mike Vecchione has been named the PSECU Player of the Week for the first time this season.

Friday marked the final game of the Phantoms longest road swing of the season — six games — and the second of three meetings against the Binghamton Devils in eight days.  While the Phantoms posted a 5-2 victory against the Devils in the Southern Tier of New York a week prior, this past Friday’s game proved to be much tighter.

After falling behind 2-0 in the first period, the Phantoms battled back to score three consecutive goals and take a 3-2 lead over the Devils.  The last of which, scored by Mikhail Vorobyev, was assisted by Vecchione at the 7:29 mark of the third period.  Despite taking the lead, Lehigh Valley would surrender a late goal which would force the game into overtime.  The extra time was largely dominated by the Phantoms until the 3:25 mark when Binghamton defenseman Colton White netted the game winner.

On Saturday, the Phantoms returned home to PPL Center to complete the weekend home-and-home series with the Devils.  Largely a scoreless contest through nearly the first 43 minutes of play, the Devils would net a pair of goals just 2:43 apart in order to take a 2-0 lead.

The Phantoms finally broke the goose egg on the board — with the goalie pulled — when Vecchione fed T.J. Brennan on the point for a one-time shot that was tipped in by Colin McDonald to make it a 2-1 game at the 13:59 mark of the third period.

Vecchione now has three goals and three assists for a total of six points in 11 contests this season.