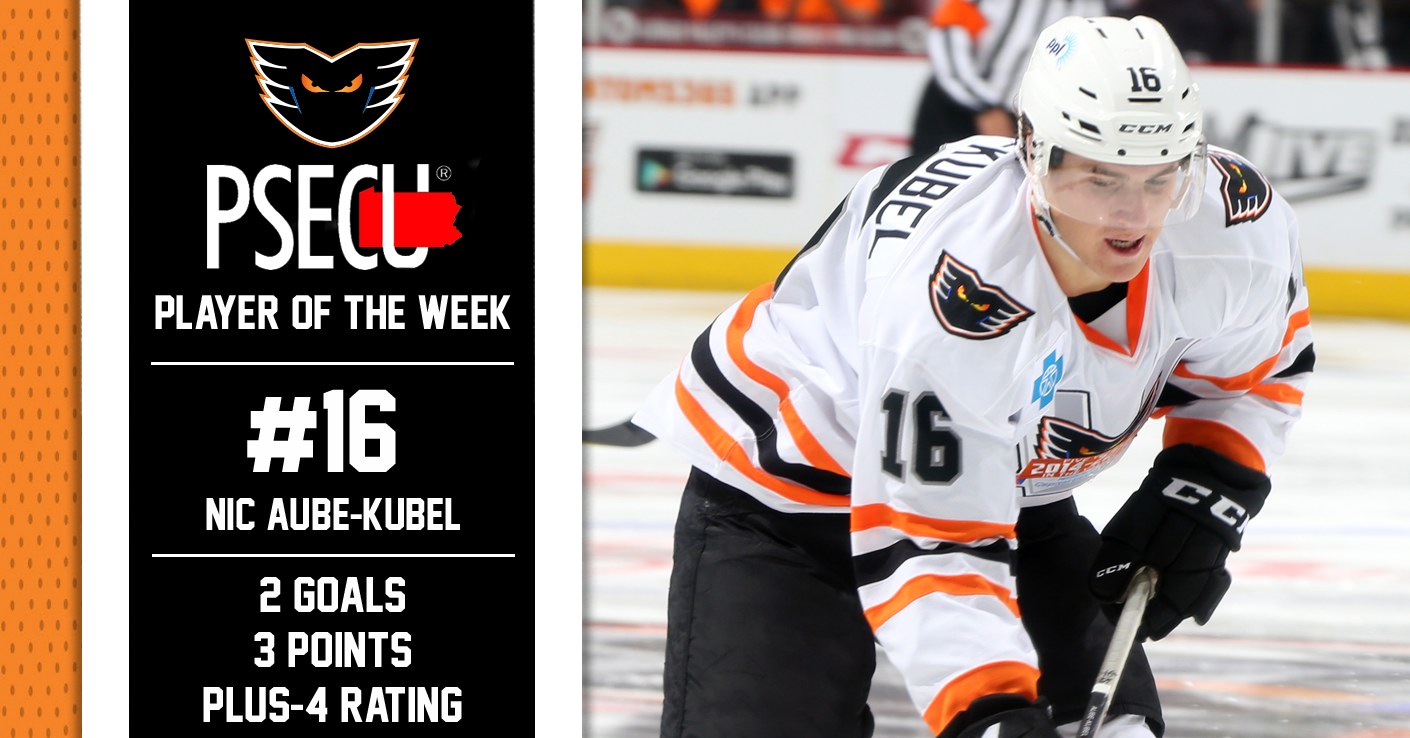 Lehigh Valley, Pa. — After netting a pair of goals, an assist, earning first-star honors and a plus-four rating in this past weekend’s season opener against the Bridgeport Sound Tigers, Lehigh Valley Phantoms forward Nic Aube-Kubel has been named the PSECU Player of the Week.

While the opening weekend of the 2018-19 regular season only had Lehigh Valley on the ice once this past weekend, Aube-Kubel made the most of it.

At the 5:52 mark of the first period, Aube-Kubel earned his first point of 2018-19 by assisting on Greg Carey’s first goal of the season to give the Phantoms a 1-0 lead.  The team would maintain that lead heading into the intermission.

In the second period, Aube-Kubel hit the gas, scoring a pair of goals just 4:51 seconds apart.  The first, which was unassisted, came when Aube-Kubel picked up a loose puck, skated down the right wing and fired a shot that hit off the left post and into the net past Sound Tigers’ goaltender Christopher Gibson.

The 22-year old then became the beneficiary of a MVP caliber pass from fellow forward Phil Varone that hit Aube-Kubel on the backdoor allowing him to easily pot his second of the night.

By night’s end, Aube-Kubel amassed three points as well as a plus-four rating which earned him first-star honors on the night.

The Phantoms will return to the ice inside of PPL Center against the Springfield Thunderbirds Friday, October 12, at 7:05 p.m.