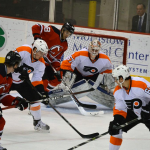 Phantoms Triumph 4-2 vs. Devils in Newark September 23, 2014 Newark, NJ – The Lehigh Valley Phantoms, proud affiliate of the Philadelphia Flyers, took down the host Albany Devils 4-2 in an American Hockey League preseason contest on Tuesday afternoon. Taylor Leier scored a pair of goals for Lehigh Valley while Shayne Gostisbehere and Petr […] 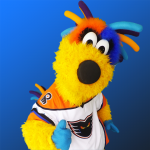 The Lehigh Valley Phantoms are proud to announce that we have officially signed meLVin to be our mascot! Watch the signing ceremony right here.

Today, the Lehigh Valley Phantoms unveiled a commemorative logo for the 2014 -2015 inaugural season in the new PPL Center! Merchandise for this special logo will be available in the Phan Shop starting tomorrow, Friday, August 15, 2014 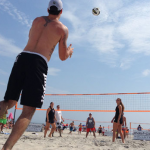 Prospects, fans make Trial on the Isle a success

STONE HARBOR, N.J. — On a beautiful 90-degree summer day, even the most devoted hockey prospects would like to take a day off and hit the beach. Philadelphia Flyers trainer Jim McCrossin knows that as well as anyone, and that’s why he’s one of the hosts of the annual Trial on the Isle, a day […] 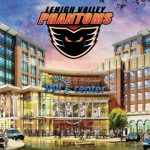 What the Phantoms’ move to Lehigh Valley means for the parent club Ever since the Spectrum’s days became numbered, the Flyers began a count towards putting the Phantoms in the Lehigh Valley. The organization long has loved the idea of an affiliate 75 minutes up the road, playing in a Global Spectrum managed state-of-the-art arena. […] 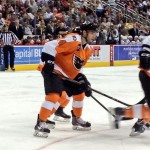 Flyers Development Camp in Voorhees, NJ to Run from July 10-15

The Philadelphia Flyers, parent club of the Lehigh Valley Phantoms, have announced that their annual Development Camp will take place for six days from July 10-15 at the Virtua Center Skate Zone facility in Voorhees, NJ. 29 of the top, young, up-and-coming players will be participating in the camp including 12 who skated in games […] 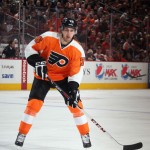 The Philadelphia Flyers announced today that they have re-signed 6-2, 190-lb forward Chris VandeVelde to a one-year, two-way contract, according to general manager Ron Hextall. VandeVelde, 27 (3/15/1987) appeared in 18 regular season games this past season, his first with the Flyers, recording one assist and six penalty minutes. He also spent time with the […] 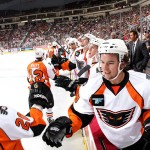 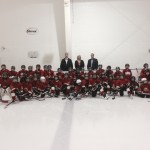