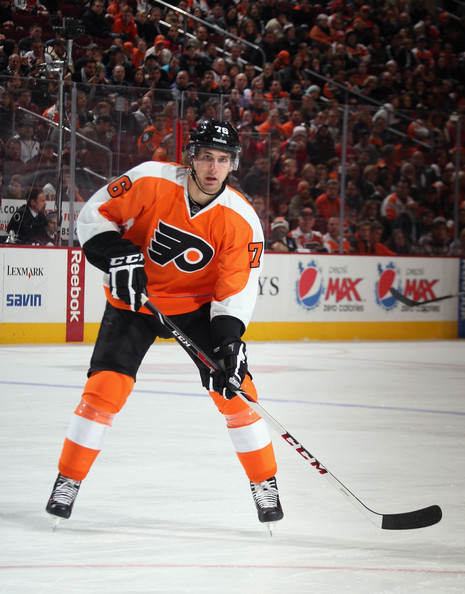 The Philadelphia Flyers announced today that they have re-signed 6-2, 190-lb forward Chris VandeVelde to a one-year, two-way contract, according to general manager Ron Hextall.

VandeVelde, 27 (3/15/1987) appeared in 18 regular season games this past season, his first with the Flyers, recording one assist and six penalty minutes. He also spent time with the club’s American Hockey League affiliate, the Adirondack Phantoms, where he posted 24 points (10g-14a) in 41 games.

He came to the Flyers organization after spending three seasons playing for the Edmonton Oilers organization, splitting his time between Edmonton and their AHL affiliate in Oklahoma City. He played 192 regular-season games over three seasons for Oklahoma City, posting 26 goals and 33 assists for 59 points while helping the Barons reach the AHL’s Western Conference Finals in two consecutive seasons.

VandeVelde was selected by the Oilers in the fourth round (97th overall) of the 2005 NHL Entry Draft.