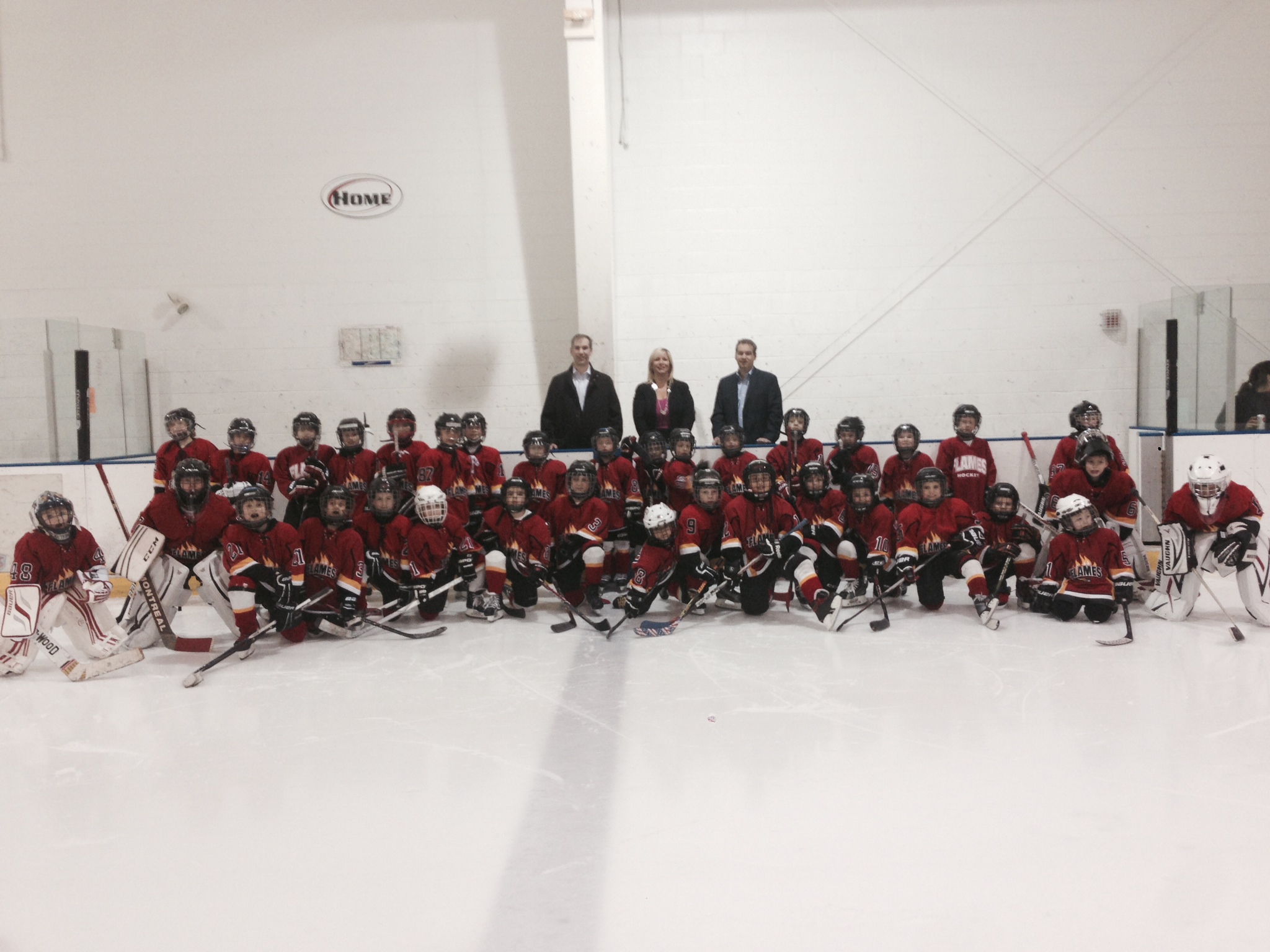 The Lehigh Valley Phantoms hockey team today entered into a partnership with regional youth hockey organization the Lehigh Valley Flames. The announcement was made by Jim and Rob Brooks, co-owners of the American Hockey League (AHL) team.

“We are proud to kick off our support of youth hockey in the Lehigh Valley,” said Rob Brooks. “There is a lot of energy for youth hockey in the community, and we want to continue to grow that by supporting organizations that promote the positive impact hockey can have on children. We are excited that the Flames organization will now be known as the Lehigh Valley Phantoms Youth. The board, the players and the parents represent exactly what Jim and I feel youth hockey should be about.”

“Our entire organization is thrilled about this partnership,” said Sandy Steidel, President of the Flames. “The Lehigh Valley Phantoms’ arrival in the area is going to raise the level of youth hockey regionally. But, more importantly, the Phantoms organization is about more than just improving youth hockey skills – it is about sportsmanship, integrity and helping kids grow into fine young men and women.”

The Phantoms are the American Hockey League (AHL) affiliate of the NHL Philadelphia Flyers. They were established in 1996, playing their first 13 seasons in the Spectrum in Philadelphia, and currently reside in Glens Falls, NY, until PPL Center in Allentown, Pa., is completed for the 2014-15 season. The Phantoms have won two Calder Cup Championships and have developed many players who have gone on to play in the NHL. Several of the more notable players to play with the Phantoms are: Claude Giroux, Danny Briere, Mike Richards, Jeff Carter, Sean Couturier, R.J. Umberger, Matt Read, Brayden Schenn, James Van Riemsdyk, Michael Leighton, Zac Rinaldo, Patrick Sharp, Ray Emery, Vinny Prospal, and Ruslan Fedotenko.

The Phantoms have made a 30-year commitment to play at PPL Center in Allentown, beginning in the fall of 2014. Phantoms tickets are now on sale, and fans are encouraged to visit the team website at www.lehighvalleyphantoms.com or call the office at (610) 224-GOAL (4625).