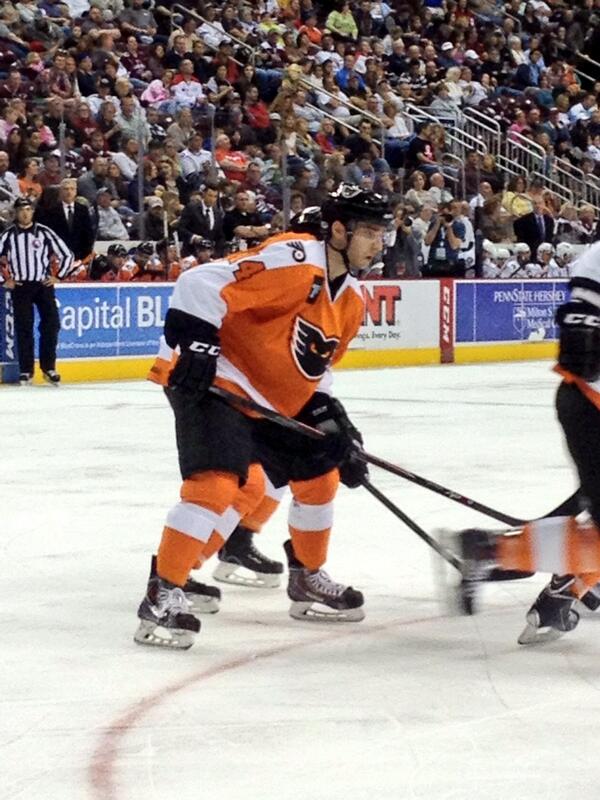 The Philadelphia Flyers, parent club of the Lehigh Valley Phantoms, have announced that their annual Development Camp will take place for six days from July 10-15 at the Virtua Center Skate Zone facility in Voorhees, NJ. 29 of the top, young, up-and-coming players will be participating in the camp including 12 who skated in games for the Phantoms last year.

All practice sessions in Voorhees are free to attend. They represent the fans’ first chance to see some of the future Lehigh Valley Phantoms skaters. The players will be taking a break from the ice and heading over to the beach in Stone Harbor, NJ on Monday, July 14 during the annual Trial on the Isle for team-bonding and exercises. An autograph session for the fans, a youth-hockey clinic, and a charity volleyball game will also highlight the day.

The camp’s first on-ice session is scheduled for 2:15 PM on Thursday, July 10. The weekend schedule features two on-ice sessions per day, with morning sessions running from 9 AM to 11:45 AM Friday through Sunday and afternoon sessions beginning at 3:15 on Friday, 3:30 on Saturday and 4:30 on Sunday. Following the Trial on the Isle festivities of Monday, July 14, the camp will conclude with sessions on Tuesday, July 15 with 9:30 AM and 4:30 PM skate-times.

Among those participating in the camp are highly touted defensemen Shayne Gostisbehere (pronounced Goss-Tiss-Bear) and Robert Hagg (pronounced Hayg) who both received their first tastes of professional hockey with the Phantoms at the end of last season when the team was known as the Adirondack Phantoms in Glens Falls, NY.
Some of the additional young talents attending the camp who have also played for the Phantoms include Brandon Alderson, Mark Alt, Nick Cousins and Petr Straka.

A trio of Flyers first-round draft selections and potential future Lehigh Valley Phantoms will also be at the camp with Scott Laughton (2012), Samuel Morin (2013), and Travis Sanheim (2014) all hitting the ice.