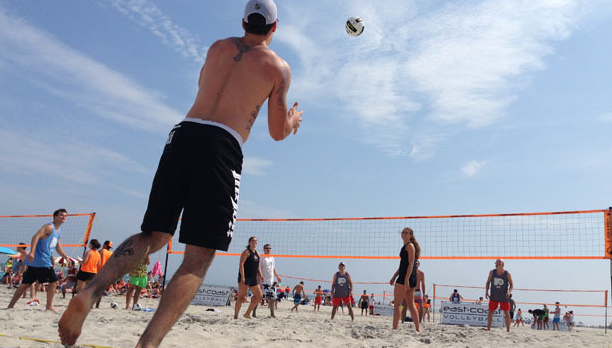 STONE HARBOR, N.J. — On a beautiful 90-degree summer day, even the most devoted hockey prospects would like to take a day off and hit the beach.

Philadelphia Flyers trainer Jim McCrossin knows that as well as anyone, and that’s why he’s one of the hosts of the annual Trial on the Isle, a day of hard work and fun that comes near the end of a long week of development camp for Flyers hopefuls.

The 29 players at the camp got their work in, but it was on the beach and in the water rather than on the ice.

“It was definitely nice to get out here away from the rink this week,” defenseman Shayne Gostisbehere said. “Nice to be with the fans and all the support we have. We had the trial on the isle, the obstacle course. We went to the bay and we did a little paddleboarding and kayaking, relay races. Now we’re doing autographs for kids.”

The day started with the players split into six four-man teams and a seventh with five. The players had to answer Flyers-related trivia questions to get started on an obstacle course and scavenger hunt along the beach. Right answers allowed the team to get an early start; wrong ones meant a dip in the Atlantic Ocean and another round of questions.