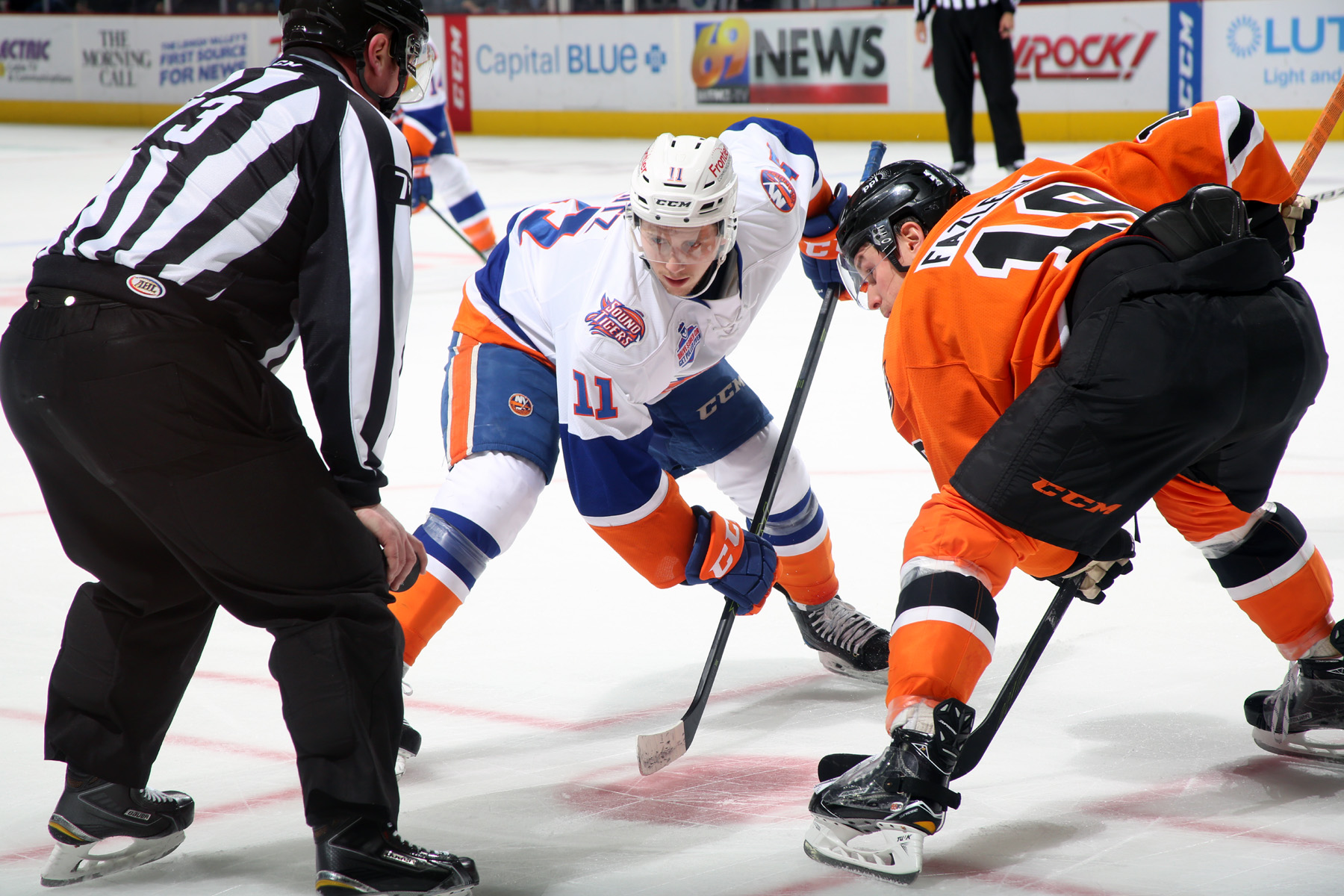 The Lehigh Valley Phantoms (3-1-0-1, 7 pts., 3rd Atlantic Division) are back in action for a pair of games this weekend, including a Friday evening showdown against the rival Bridgeport Sound Tigers at PPL Center. 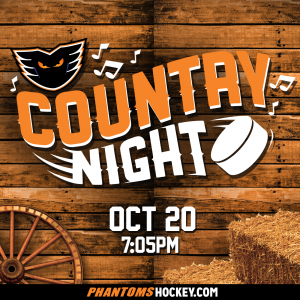 Lehigh Valley’s weekend begins on Friday, October 20 when the Phantoms welcome the Bridgeport Sound Tigers, AHL affiliate of the New York Islanders, to downtown Allentown for the first time this season. Bridgeport (1-2-0, 2 pts., 6th Atlantic Division) is coming off a split in its weekend series at the Charlotte Checkers with the Sound Tigers capturing a 5-3 win over the Checkers on Friday only to see Charlotte respond with a 3-2 victory on Saturday. Friday’s contest will mark the first of eight total meetings during the 2017-18 regular season between the Phantoms and Sound Tigers after Lehigh Valley posted a 3-5 head-to-head mark against Bridgeport a year ago.

Friday’s game will be Country Night at PPL Center with a special performance by Porter & Sayles. Only a limited number of tickets remain for Friday’s game and can be purchased online HERE.

The Phantoms then cap this week’s action on Saturday when the team travels to the Floyd L. Maines Veterans Memorial Arena in Binghamton for a 7:05 p.m. showdown with the Devils. Binghamton (2-0-1, 5 pts., 1st Atlantic Division) split a pair of games in Laval last weekend claiming an 8-7 overtime victory against the Rocket on Friday before falling in a 5-1 setback on Saturday.

Saturday’s game will be the first of six total meetings during the 2017-18 regular season between the Phantoms and Devils. 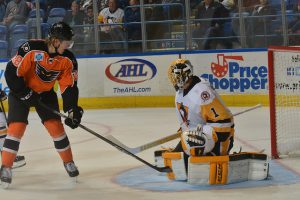 The Phantoms and Wilkes-Barre/Scranton Penguins kicked off their 12-game regular season series at Mohegan Sun Arena in a 5-0 decision in favor of the Penguins. Goaltender Casey DeSmith backstopped the victory with a 33-save shutout as Wilkes-Barre/Scranton received goals from Tom Sestito, Daniel Sprong, Frank Corrado, Jean-Sebastien Dea and Dominik Simon. 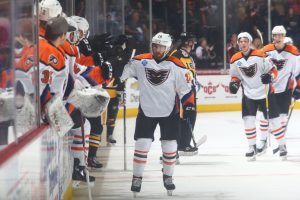 Mike Vecchione scored his first professional goal and Alex Lyon turned aside 27 of Wilkes-Barre/Scranton’s 29 total shots as the Phantoms exacted a little revenge with a 3-2 victory over the rival Penguins in front of 7,606 fans inside PPL Center. Greg Carey (2nd) and Matt Read (1st) also found the back of the net for Lehigh Valley as the Phantoms improved to a perfect 2-0 at PPL Center this season.

Phil Myers tallied his first professional goal before Chris Conner netted the shootout winner as the Phantoms claimed their fifth straight win at Giant Center with a 4-3 shootout victory over the Hershey Bears. Nic Aube-Kubel tallied his second goal of the young season before Danick Martel recorded his team-leading fifth conversion of the year.

Making his third start in as many days, goaltender Alex Lyon earned the win between the pipes thanks to an impressive 34-save performance.

Service Electric’s TV2 Sports will be broadcasting live each of the Phantoms’ 36 home games throughout the 2017-2018 regular season. If you can’t make it out to the rink, be sure to catch all the exciting action live in HD quality with Steve Degler, Todd Fedoruk, Doug Heater and Kristi Fulkerson! Pre-game coverage begins with “Phantoms Front and Center” 30 minutes before puck drop.