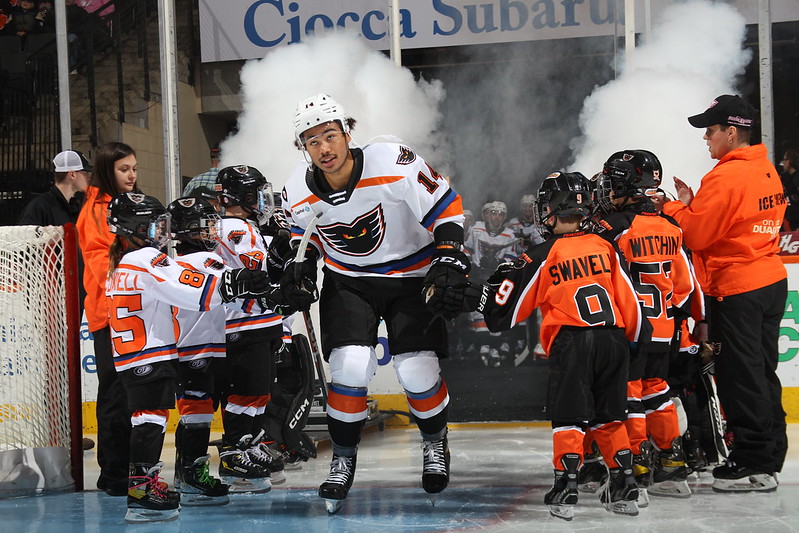 Wisdom, 20, played in three games with the Reading Royals this week recording two assists in his first-ever games in the ECHL. He has scored one goal with six assists in 26 games with the Phantoms this season. 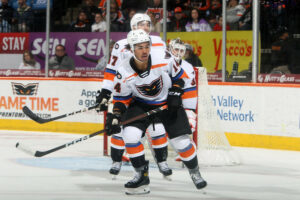 In the 2020-21 season, Wisdom became the youngest player in Phantoms’ franchise history when he debuted at just shy of 18 years and 7 months. He scored seven goals with 11 assists for 18 points in 28 games in that debut campaign including back-to-back two-goal contests in just his third and fourth professional games. But his 2021-22 season was delayed due to off-season shoulder surgery and he did not play for the Phantoms, instead returning to the Kingston Frontenacs of the OHL where he scored 9-29-38 in 43 games.

The 5’11” right-wing from Toronto was a Round 4 selection of the Philadelphia Flyers in the 2020 NHL Entry Draft.

The Lehigh Valley Phantoms begin a three-game road trip on Tuesday night as they open a two-game series at the Cleveland Monsters. The next home game for the Phantoms is Wednesday, January 25 against the Hershey Bears.