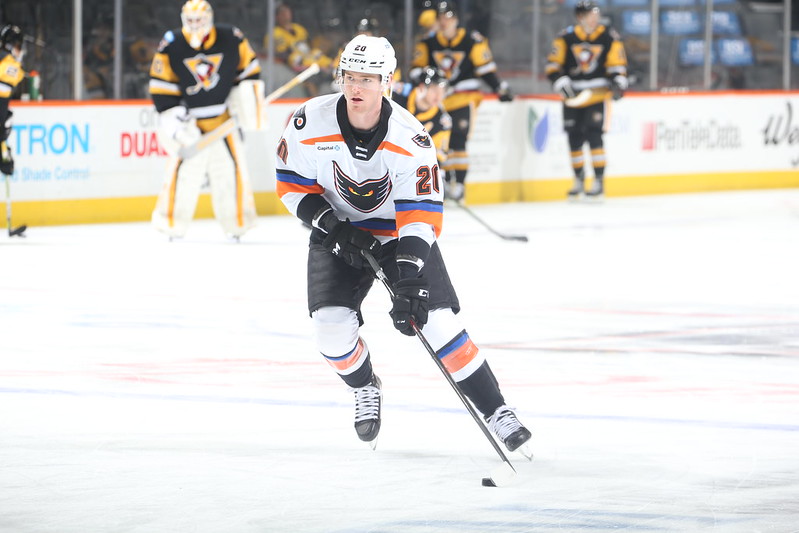 Lehigh Valley, PA – The Philadelphia Flyers have announced they have recalled forward Max Willman from the Lehigh Valley Phantoms, according to Flyers general manager Chuck Fletcher.

Willman is tops on the Phantoms with seven goals this season and also has two assists for nine points. Willman has scored goals in five of the last six games and recently had a three-game goal streak. He began the season with the Philadelphia Flyers making his NHL debut and playing in two games before returning to the Phantoms. In so doing, Willman became the 32nd Lehigh Valley Phantoms product to receive a recall for an NHL debut with the Flyers. Willman, 26, is a third-year pro who is in his first season with an NHL contract. The Barnstable, Mass. product began his career on an ECHL contract with the Reading Royals two seasons ago. Last year with Lehigh Valley, he scored nine goals with seven assists for 16 points in 30 games. He was named CCM/AHL Player of the Week on March 1, 2021 following a four-game streak in which he scored six goals including an overtime winner. Later that month he was signed to an NHL contract to begin in the 2021-22 season. The 6’0″ winger with a lefty shot played collegiately at Brown and Boston University.

The Phantoms return to action Friday night at the Rochester Americans and the road trip continues Saturday afternoon at 4:00 p.m. at the Toronto Marlies.