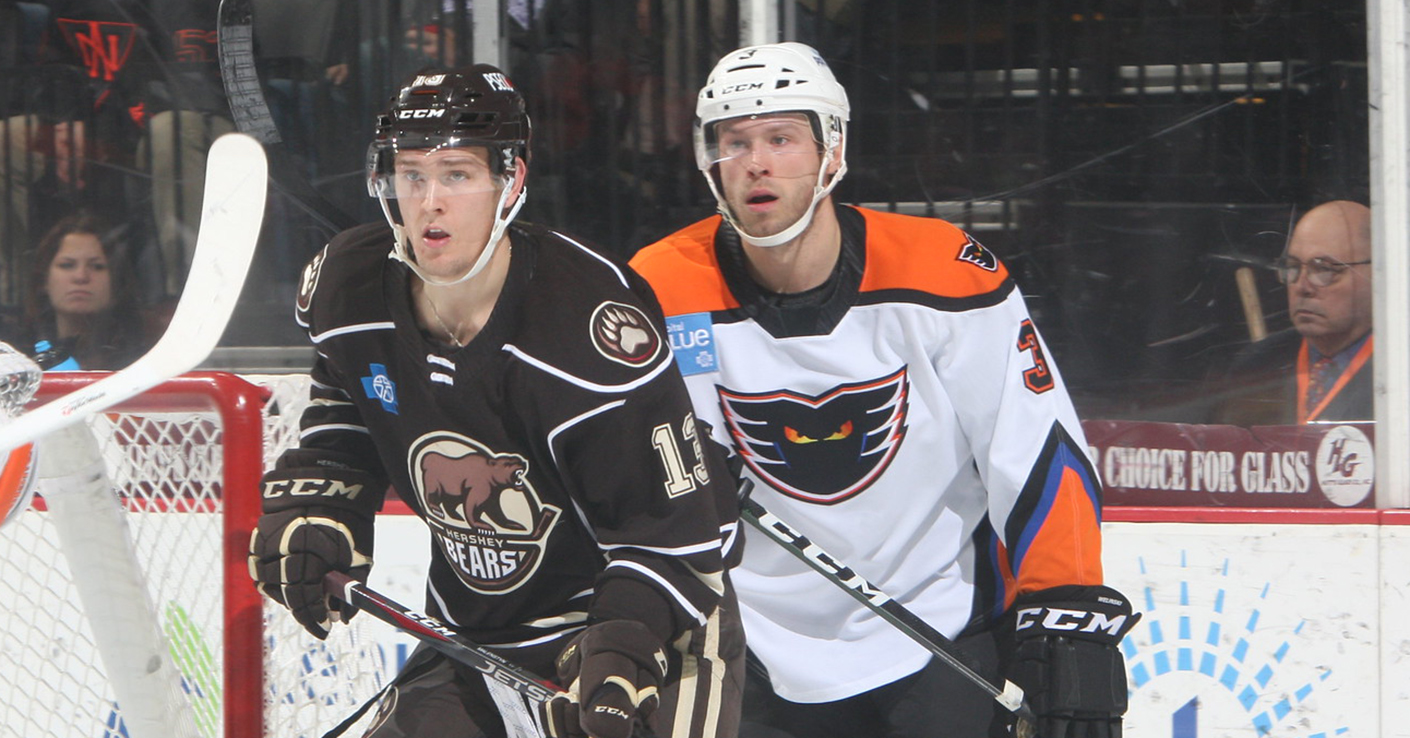 Lehigh Valley, Pa. – The Lehigh Valley Phantoms (10-9-1-4) fell to the Hershey Bears (10-9-2-3) by a final score of 2-1 on Saturday in a game highlighted by strong play from both goaltenders. Phantoms goalie Alex lyon stopped 35 of 37 Hershey shots and defenseman Andy Welinski provided the Phantoms offense for the evening. All four matchups between the Phantoms and Bears so far have been decided by just one goal.

The Lehigh Valley Phantoms took the ice at PPL Center for the first time in December on Friday night when they took on in-state rival, the Hershey Bears. The Phantoms looked to bounce-back from a hard-fought loss on Wednesday night when they shot a franchise record 63 shots but fell to Springfield 3-1.

The Phantoms and Bears always promise to provide a game of intense, hard hitting hockey and Friday night was no different. The Bears found the back of the net first on Friday night, striking at the 5:50 mark of the first period as forward Matt Moulson took advantage of a rebound off of Lyon to give the Bears a 1-0 lead. 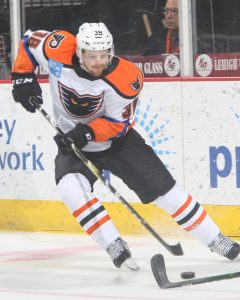 Following the early goal, both Lyon and Hershey goalie Vitek Vanecek stayed busy in the first period, with the two teams trading a total of 26 shots in the period. The Phantoms did not go quietly into the first intermission, however, as defenseman Andy Welinski got the Phantoms on the board when a shot from the point deflected off a Hershey defender and past Vanecek to tie the game at 1-1. The goal was Welinski’s fifth of the season while David Kase earned his third assist of the season and Mark Friedman earned his seventh helper on the goal.

In the third period, the Phantoms looked to add another comeback to their ledger this season. The Phantoms saw a few chances come their way through the last 20 minutes of action including several in the final minutes with an extra attacker but were unable to crack Vanecek for a second goal. The Bears took Friday night’s game by a final score of 2-1.

Next Time Out: The Phantoms will look for revenge against the Bears on Saturday night when they make the short trip down to Hershey. Before having a break until next Friday night when they travel to Hartford to take on the Wolf Pack. They’ll return to PPL Center on Saturday, December 14th in the second part of a home-and-home with Hartford as they host the annual Teddy Bear Toss.