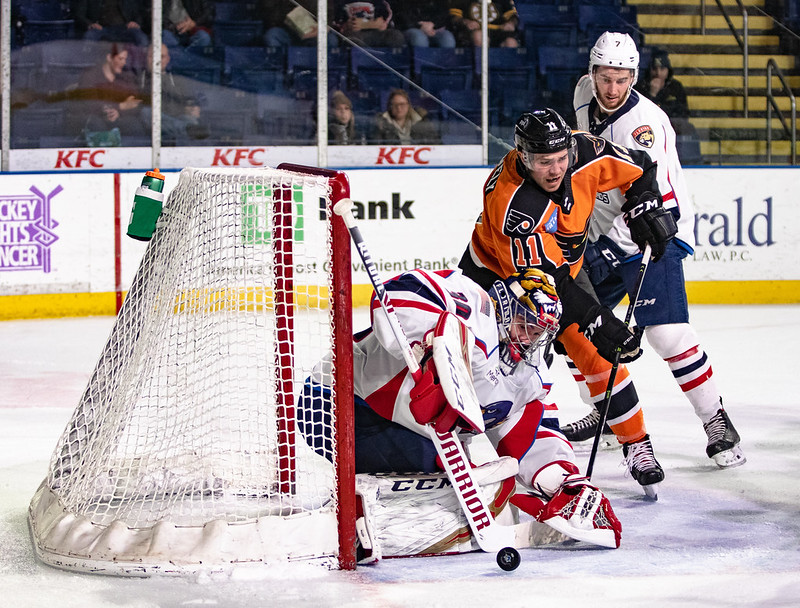 Springfield, Mass. – The Lehigh Valley Phantoms blasted away for an all-time franchise record 63 shots but could only put one into the back of the net past Springfield goalie Philippe Desrosiers in a 3-1 loss on Wednesday night.

Lehigh Valley (10-8-5) dominated the contest all night long as evidenced by the 63-23 shot margin. But somehow the snake-bit Phantoms weren’t able to convert the lopsided performance into a victory as the puck continually just missed going in past the Springfield backstop, Desrosiers, who turned in a near-epic performance.

The old franchise record was a game with 60 shots for the Philadelphia Phantoms against the Cincinnati Mighty Ducks on January 6, 1999. Goalie Tom Askey made 58 saves that night which had been the most in any game against the Phantoms until Desrosiers for Springfield (14-11-0) broke the record with his incredible 62-save performance two decades later. 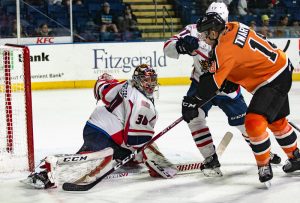 Greg Carey accounted for 14 shots on goal also setting a new franchise record breaking the old mark of 13 shots by Richard Park in that same 60-shot game in 1999 against Cincinnati.

Connor Bunnaman scored with a shorthanded bullet off a face-off win in the first period to give the Phantoms a 1-0 lead. Bunnaman’s first goal of the season was also the team’s third scored shorthanded. He became the 23rd Phantom to score a goal this year which is the most in the AHL.

But Dryden Hunt (1st) scored 4-on-4 in the second period and then Brady Keeper struck on the power play with just over five minutes left in the third to break the late 1-1 tie.

The Phantoms kept coming at Desrosiers with blast after blast but eventually Sebastian Repo emerged from the penalty box for a late empty-netter to seal the win.

The team raced past the previous Lehigh Valley mark of 50 shots which had been the most for the Phantoms since arriving in Allentown in 2014. The Lehigh Valley Phantoms produced the 50-shot performance on December 7, 2016 at Syracuse. But the Phantoms had more than that by roughly the midway point of the third period of this incredible contest. 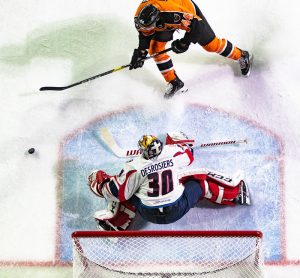 63 shots is also the most for any team in the American Hockey League this season. The previous mark was a game with 55 shots by the San Diego Gulls on November 15.

Lehigh Valley finished 0-for-7 on the power play while Springfield was 1-for-4.

The Phantoms return to PPL Center on Friday in a rivalry showdown against the Hershey Bears on the team’s annual Pink in the Rink including a Ballcap giveaway for the first 6,500 fans.

Next Time Out: The Phantoms return to PPL Center on Friday on Pink in the Rink with a Ballcap Giveaway in a rivalry night showdown against the Hershey Bears.