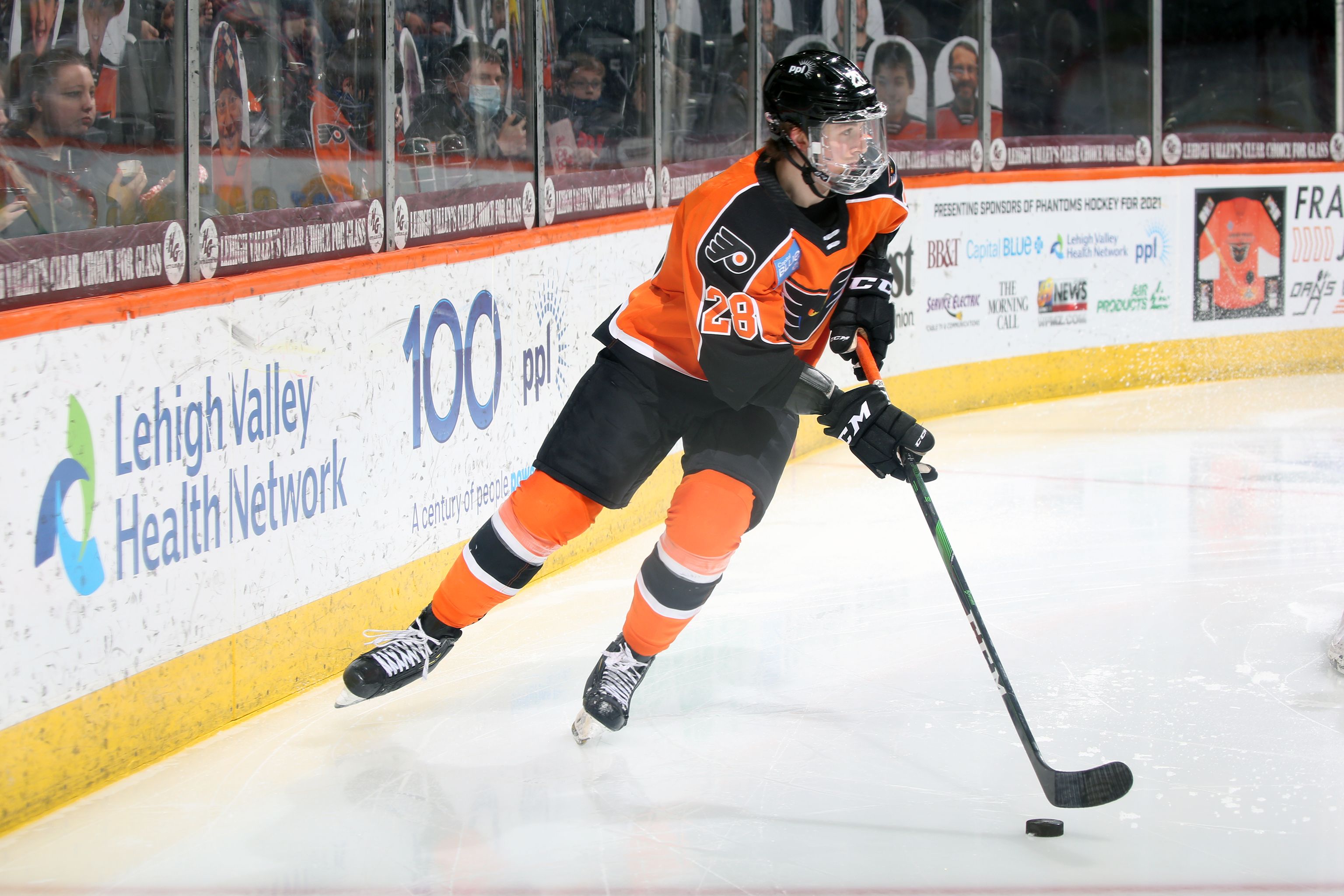 Wylie, 21, has played in 20 games with the Phantoms this season scoring one goal and five assists for six points. The Flyers’ Round 5 selection in 2018 from the Everett Silvertips also hails from Everett, Washington. The 6’0″ tall righty shooter scored the first goal of the season for Lehigh Valley in the first game of the year on February 6 with a game-tying goal with just 47 seconds left at the Hershey Bears to force a 1-1 tie. His 6-on-5 goal ultimately forced overtime and an exciting comeback win for the Phantoms. 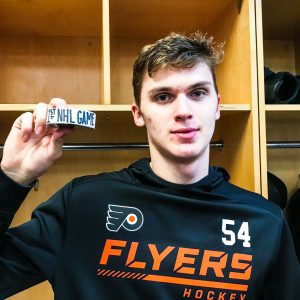 Zamula, 21, made his NHL debut with the Philadelphia Flyers this past Tuesday becoming the fourth Phantom to do so this season and the 30th Lehigh Valley Phantom all-time to receive a recall to the Flyers for an NHL debut. The Russian rookie defenseman played in two games for Philadelphia this week.

Zamula had three assists last weekend including his first multi-point game on Friday, April 23 at the Binghamton Devils. On Saturday night, he made back-to-back goal-saving plays by hustling back to knock the puck away from Alexander Holtz on a breakaway and then blocking a Travis St. Denis shot in the crease in front of an open net. The slick-moving rookie defenseman from Chelyabinsk, Russia was signed from the Calgary Hitmen as an undrafted free agent. He recently missed about a month with an injury and the team’s recent layoff.

Pouliot, 27 is a veteran defenseman from Estevan, Sask. who has played in 17 games with the Phantoms this season scoring 3-8-11. He has been on loan with the Phantoms since February 22 after initially beginning the season on the Flyers Taxi Squad. Pouliot has 202 career NHL games primarily with Pittsburgh and Vancouver scoring eight goals with 40 assists. He also has racked up 188 career AHL games with Wilkes-Barre/Scranton, San Antonio and Lehigh Valley scoring 30 goals and 90 assists for 120 points in a career that has also seen three AHL All-Star Classic appearances in 2015, 2016 and 2020.

The Phantoms return to action Saturday night at PPL Center against the Binghamton Devils and have an away game at Hershey on Sunday afternoon at 3:05 p.m.