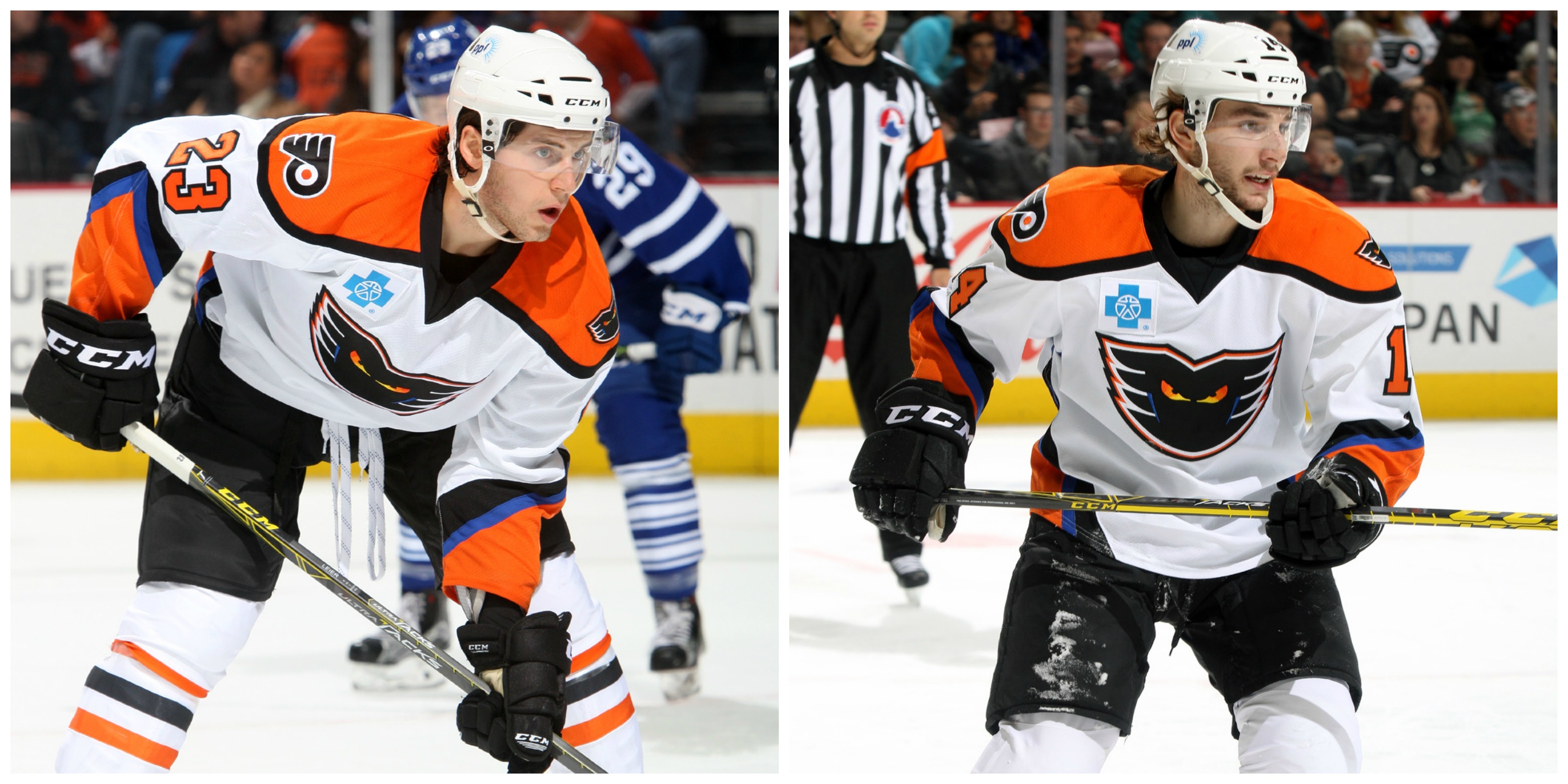 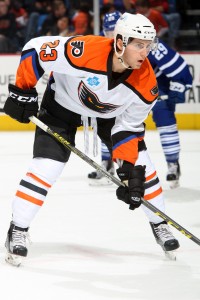 A 21-year-old forward from Saskatoon, Saskatchewan, Leier is in the midst of his second professional season and has recorded four goals, five assists and nine points in 14 games with the Phantoms this season. This is his first NHL recall. A fourth-round selection (117th overall) by the Flyers in the 2012 NHL Entry Draft, Leier produced 13 goals and 31 points in 73 games with Lehigh Valley a year ago.

A 22-year-old defenseman from Pembroke Pines, Flordia, Gostisbehere is currently fifth among all Phantoms and tied for third among all AHL defenders in scoring with 10 points (2 goals, 8 assists). This marks his second recall to the Flyers after he suited up in a pair of games in late October last year. Gostisbehere was a third-round selection (78th overall) by Philadelphia in the 2012 NHL Entry Draft.

The transactions come in conjunction with the Flyers announcing they have placed forward R.J. Umberger and defenseman Mark Streit on injured reserve. 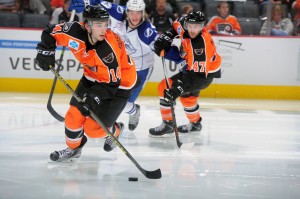 The Phantoms return to PPL Center tonight as they welcome the Albany Devils to downtown Allentown for the first and only time this season. Puck drop is scheduled for 7:05 p.m. A limited number of tickets remain for tonight’s showdown and can be purchased online at pplcenter.com, by calling 610-347-TIXX [8499] or in-person at the Mealey’s Furniture Box Office at PPL Center (701 Hamilton Street).