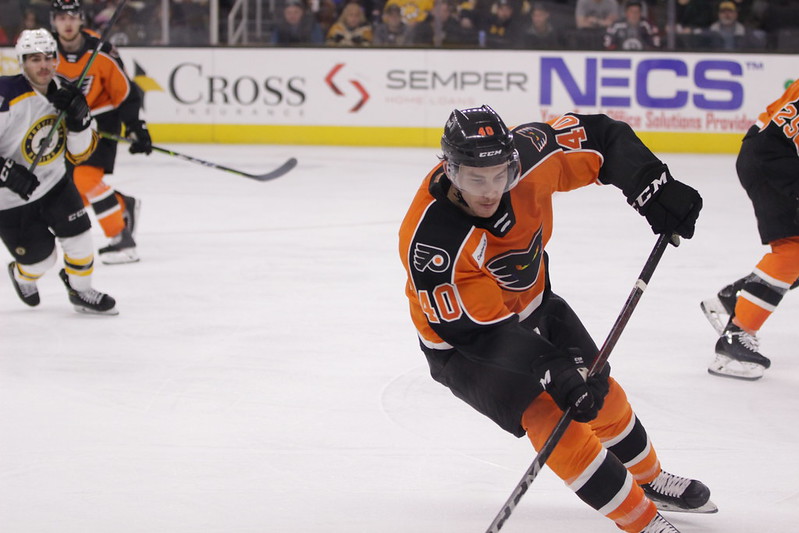 MacKinnon, 27, is a righty shooting defenseman from Summerside, Prince Edward Island who has played in 15 games this season with the Phantoms while also suiting up in two games with the Reading Royals. Throughout January, MacKinnon also played at forward for the Phantoms. He has not played since an injury on Feburary 5.

Metcalf, 25, is returned to the Utah Grizzlies of the ECHL. He played in four games with the Phantoms going 2-1-1, 3.48, .882. The Salt Lake City, UT native won in his AHL debut on January 1 with 25 saves in a 2-1 overtime decision against Bridgeport.

The Phantoms return to PPL Center tonight to take on the Providence Bruins in the first of a three-game homestand. The Phantoms will also host the  Charlotte Checkers for a pair of games on Friday and Saturday in the 25th Anniversary Celebration Weekend of the Phantoms franchise.