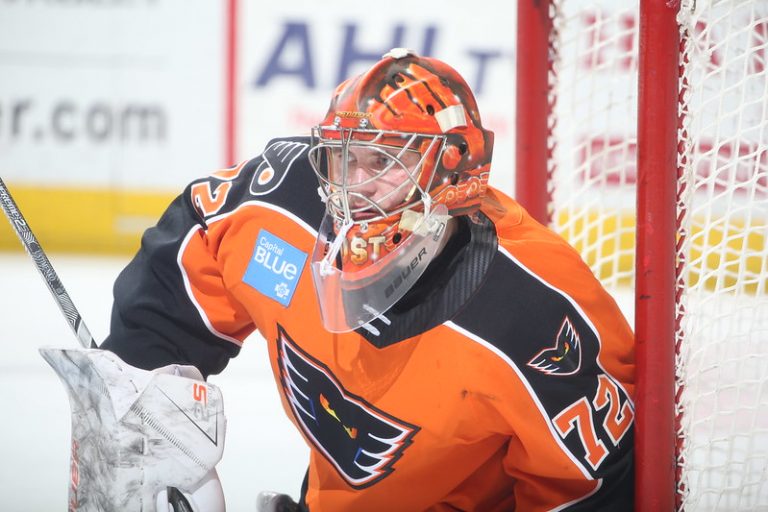 Cates, 24, has scored two goals with three assists for five points with the Phantoms in 18 games. He recently had a three-game assist streak. Both of his goals have been shorthanded and he is tied for the league-lead in shorthanded goals along with Max Willman.

Ustimenko, 22, was a third-round selection of the Flyers in 2017 out of Gomel, Belarus. The 6’3″ goalie had hip surgery last year after playing in only two games. This season, Ustimenko has played in two games with the Phantoms including one start and also has suited up for seven games with Reading.

Ustimenko was strong in his debut professional campaign in North America spent primarily with Reading where he went 19-4-5, 2.40, .919

The Phantoms return to action Sunday afternoon taking on the Hartford Wolf Pack at 3:05 p.m. Tickets for today’s clash at PPL Center are on sale HERE