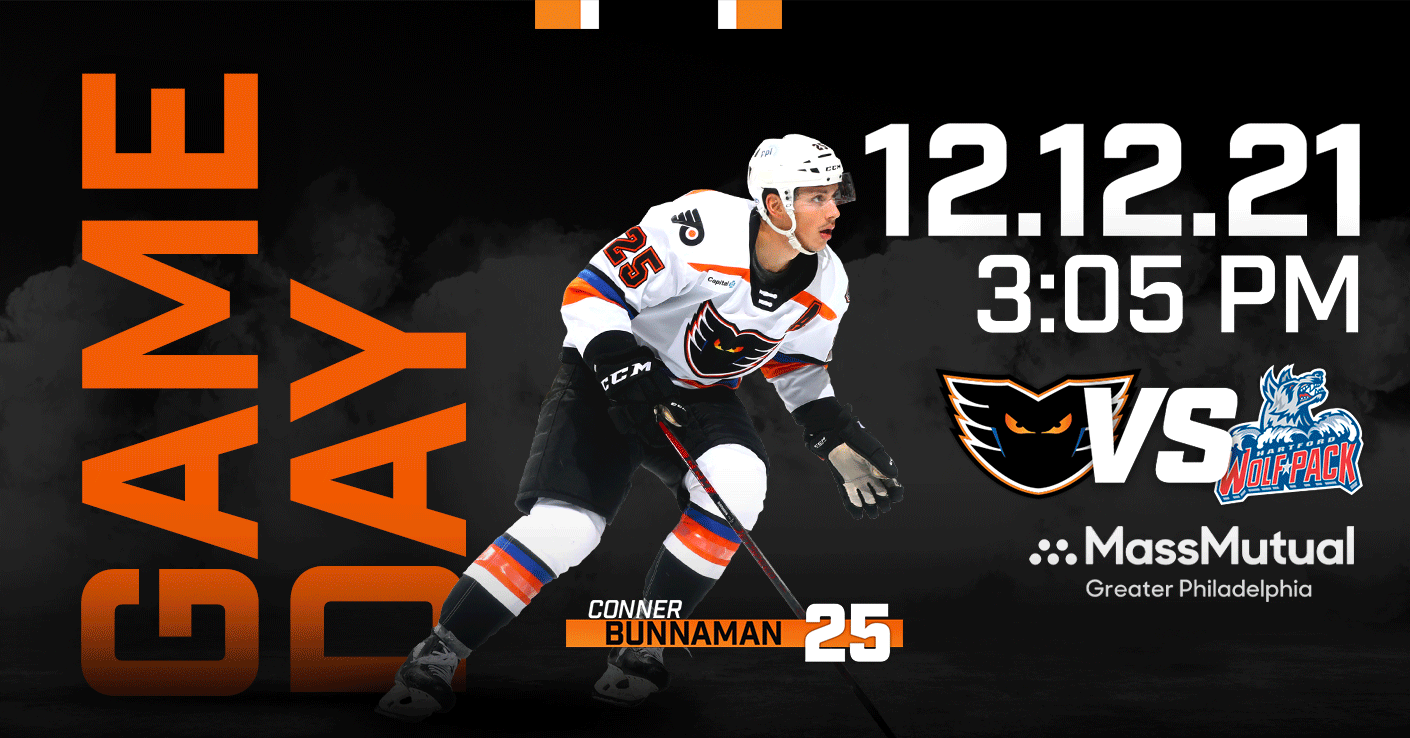 It’s a Phantoms GAMEDAY at PPL Center presented by MassMutual

The Lehigh Valley Phantoms wrap up their weekend with a Sunday matinee tilt against the Hartford Wolf Pack, AHL affiliate of the New York Rangers. The 3:05 p.m. start-time marks the second meeting of the season between the Phantoms and Pack. Today’s game includes a national telecast and is available on NHL Network courtesy of our broadcast partners with Service Electric.

The two head coaches know each other well. Ian Laperriere and Kris Knoblauch worked side-by-side as assistant coaches with the Philadelphia Flyers.

Last night at PPL Center, Gerry Mayhew’s goal in the first period brought thousands of stuffed animals flying all around PPL Center on the team’s annual Teddy Bear Toss Night and the Lehigh Valley Phantoms defeated the Cleveland Monsters 4-2. Goalie Pat Nagle entered in a relief effort in the second period for Felix Sandstrom who had non-COVID illness issues. Nagle recorded 21 saves on 22 shots and made a key penalty-shot denial early in the second shortly after entering to backstop the exciting victory.

The Phantoms are back on track with Saturday’s exciting win over Cleveland. Gerry Mayhew’s eight goals is tied for the team lead with Max Willman who is up with the Philadelphia Flyers.

The Wolf Pack are playing for the first time in 16 days as they return to action following a COVID protocol shutdown. Hartford has not played since a 4-2 loss at Springfield on November 27. The Phantoms were supposed to have played at Hartford this past Friday but that game was rescheduled due to COVID protocols affecting the Wolf Pack.

Hartford is led by former L.A. Kings prospect Jonny Brodzinski who has scored 7-11-18. He is the older brother of Flyers 2019 draft choice Bryce Brodzinski who is a junior at the University of Minnesota and COULD become a Phantoms skater in the future.

The Phantoms are playing the Pack for the first time since Lehigh Valley’s Opening Night at PPL Center on October 23 in which Hartford took away a 3-1 decision.