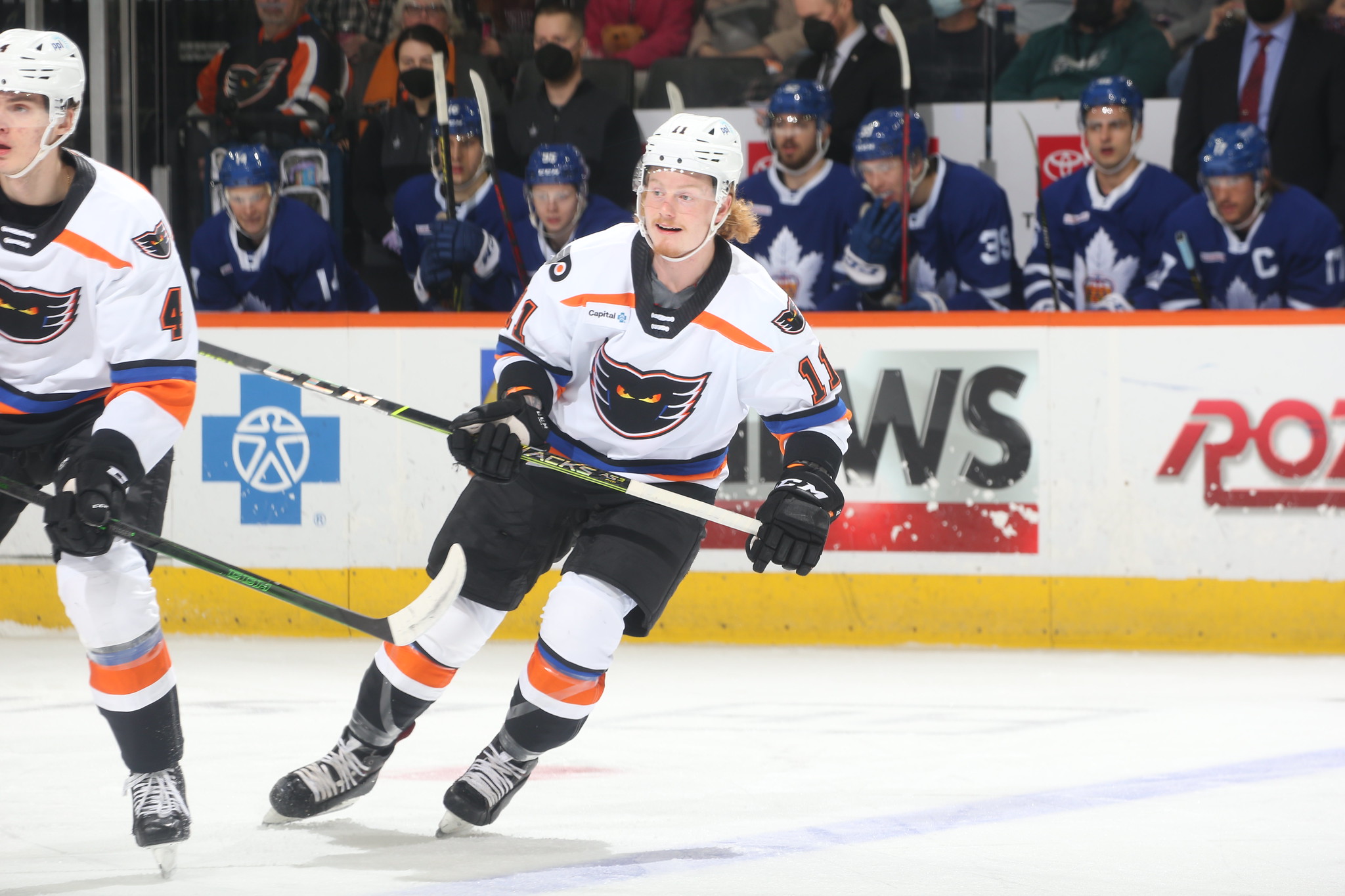 Lehigh Valley, PA – The Philadelphia Flyers have announced that forwards Wade Allison and Jackson Cates have been recalled to the club’s Taxi Squad from the Lehigh Valley Phantoms according to Flyers President of Hockey Operations and General Manager, Chuck Fletcher. Additionally, forward Connor Bunnaman has been loaned to the Phantoms from the Flyers.

Allison, 24, has been regaining form after two extended stays on the sidelines with injuries. He has played in seven games with the Phantoms scoring three goals with one assist for four points. Allison played in 14 games with the Flyers last year scoring four goals with three assists but has not appeared with Philadelphia this season. The Myrtle, Manitoba product out of Western Michigan University was a Round 2 selection of the Flyers in the 2016 NHL Entry Draft. He had an ankle injury during Flyers’ Training Camp in September. Then, while with the Phantoms, he injured his elbow on December 17 in just his third game of the season. He returned to action just less than a month later on January 14 and has played four games with the Phantoms in this most recent stint which has culminated with a three-game goal streak.

Cates, 24, is an undrafted free agent acquisition of the Flyers out of Minnesota-Duluth. He has played in 21 games with the Phantoms this season scoring two goals with four assists. He also has played in seven games with Philadelphia this season which also saw him score his first career NHL goal on December 16 at Montreal. He played one game for the Phantoms on Wednesday during his most recent loan to the team which was his first game for Lehigh Valley since December 21.

The Phantoms return to action on Saturday at 4:00 p.m. and Sunday at 1:00 p.m. with a pair of contests at the Charlotte Checkers. Lehigh Valley’s next home game is Sunday, January 30 at 5:05 p.m. hosting the Hershey Bears on meLVin Kids Activity Book Night.