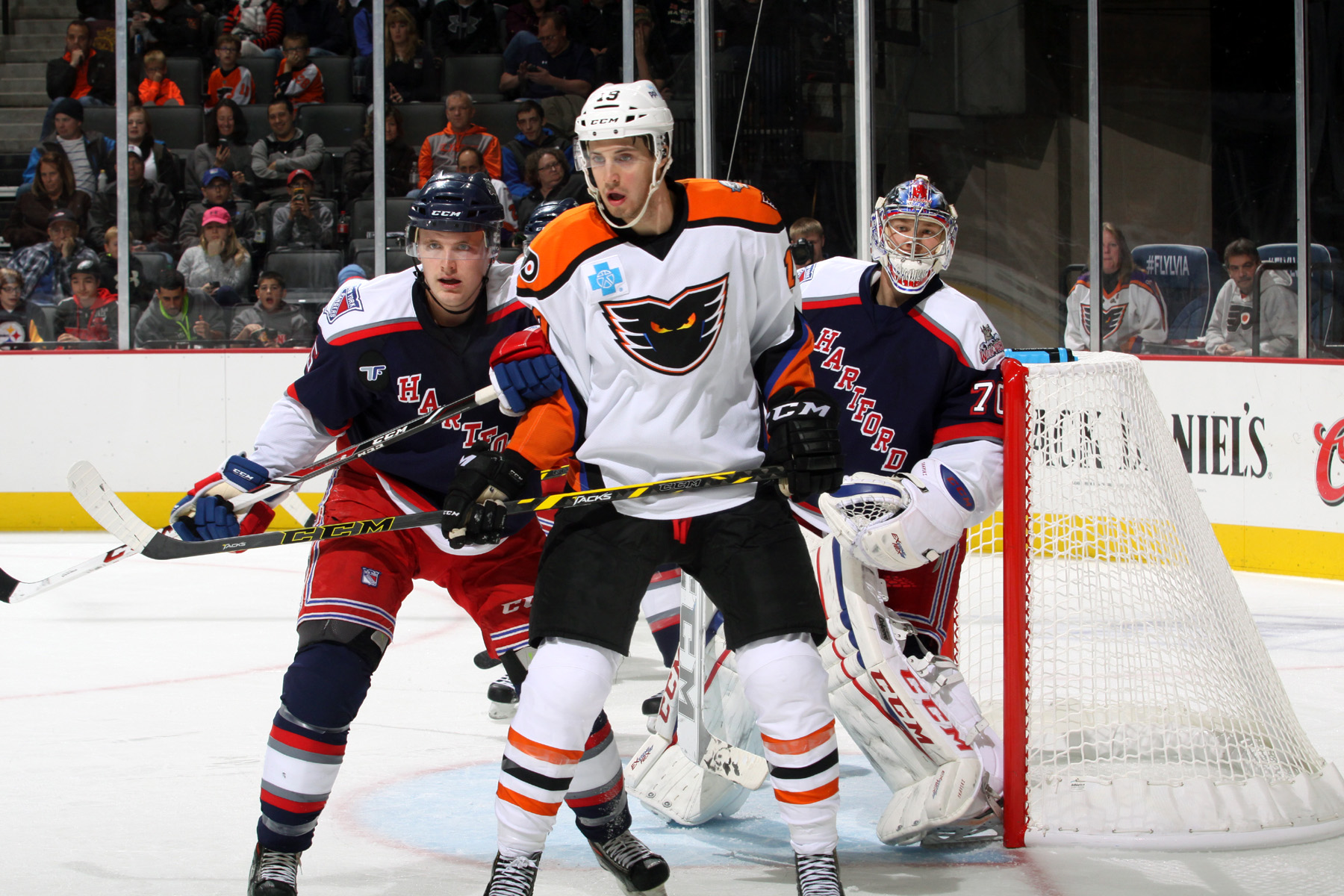 Lehigh Valley Kicks Off 2015 With Weekend Series in Norfolk

Lehigh Valley, PA – The Philadelphia Flyers, parent club of the Lehigh Valley Phantoms, have reassigned forward Brandon Alderson and defenseman Maxim Lamarche from the Reading Royals of the ECHL to the Phantoms. 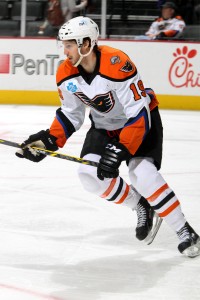 A 22-year-old forward from Oakville, Ontario, Alderson registered three goals and seven points in 14 games with Reading after opening the season with two goals and four points in 17 games with Lehigh Valley. A 6’4″, 202-pound winger, Alderson spent last season with the Phantoms where he managed 14 goals, seven assists and 21 points in 71 games in Adirondack. Before starting his professional career, he spent four seasons in the Ontario Hockey League (OHL) where he produced 69 goals, 88 assists and 157 points over 267 games between the Sarnia Sting and Sault Ste. Marie Greyhounds.

A 22-year-old blueliner from Laval, Quebec, Lamarche has produced one goal and seven points in 25 games with the Royals this season. This will be Lamarche’s second stint with the Phantoms this year after he was reassigned by Philadelphia from Reading to Lehigh Valley on October 29th. The 6’3″, 218-pound defender notched an assist over three games with the Phantoms earlier this season. Lamarche split time last season between the Phantoms (12 games, 0 goals, 1 assist) and the Elmira Jackals of the ECHL (50 games, 3 goals, 5 assists). Before starting his professional career, he spent four seasons in the Quebec Major Junior Hockey League (QMJHL) where he recorded 23 goals, 90 assists and 113 points in 252 games with the Victoriaville Tigres and Baie-Comeau Drakkar.

Lehigh Valley returns to action this Friday as the Phantoms kick off 2015 with a weekend series in Norfolk against the Admirals.