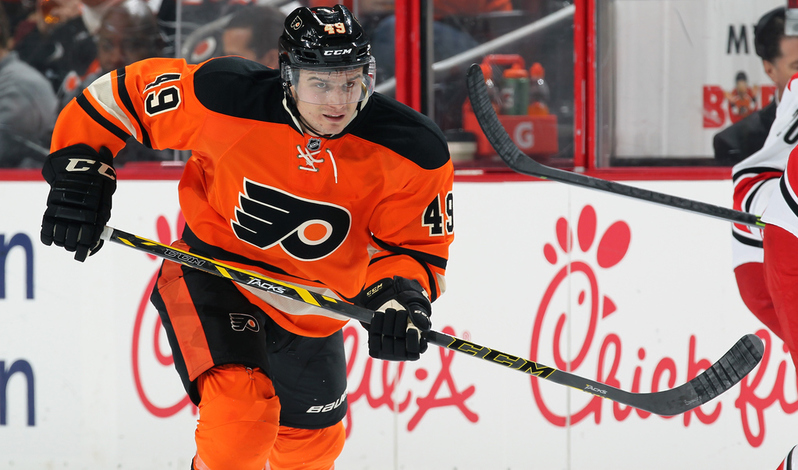 Lehigh Valley, PA – The Philadelphia Flyers, parent club of the Lehigh Valley Phantoms, have returned on loan forward Scott Laughton to the Phantoms. 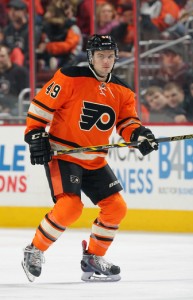 A 20-year-old pivot from Oakville, Ontario, Laughton was recalled by Philadelphia on November 18th and produced two goals, four assists, six points and 17 penalty minutes in 31 games with the Flyers. He netted his first career NHL marker as part of a 5-1 victory over the Carolina Hurricanes on December 13th. Laughton began the 2014-2015 season with Lehigh Valley where he compiled six goals, five assists and 11 points in just 13 games.

A first-round selection (20th overall) by Philadelphia in the 2012 NHL Entry Draft, Laughton spent each of the last four seasons with the Oshawa Generals of the Ontario Hockey League where he amassed 96 goals, 123 assists and 219 points in 230 games.

The Phantoms return to action tonight as they renew their in-state rivalry with the Wilkes-Barre/Scranton Penguins. Be sure to catch all the action on Fox 1470 AM, online at fox1470.com or via the iHeartRadio app beginning at 6:20 PM with the Nazareth Pallet Countdown to Faceoff.

Lehigh Valley then returns to PPL Center on Wednesday, February 18th when the Phantoms welcome the Binghamton Senators back to downtown Allentown. Wednesday’s game is another $2 Beer Night with $2 Coors Light drafts available from the time doors open until the start of the 2nd period. Tickets for Wednesday’s highly-anticipated showdown are available now at the Mealey’s Furniture Box Office at PPL Center (701 Hamilton), by calling 610-347-TIXX (8499) or online at pplcenter.com.