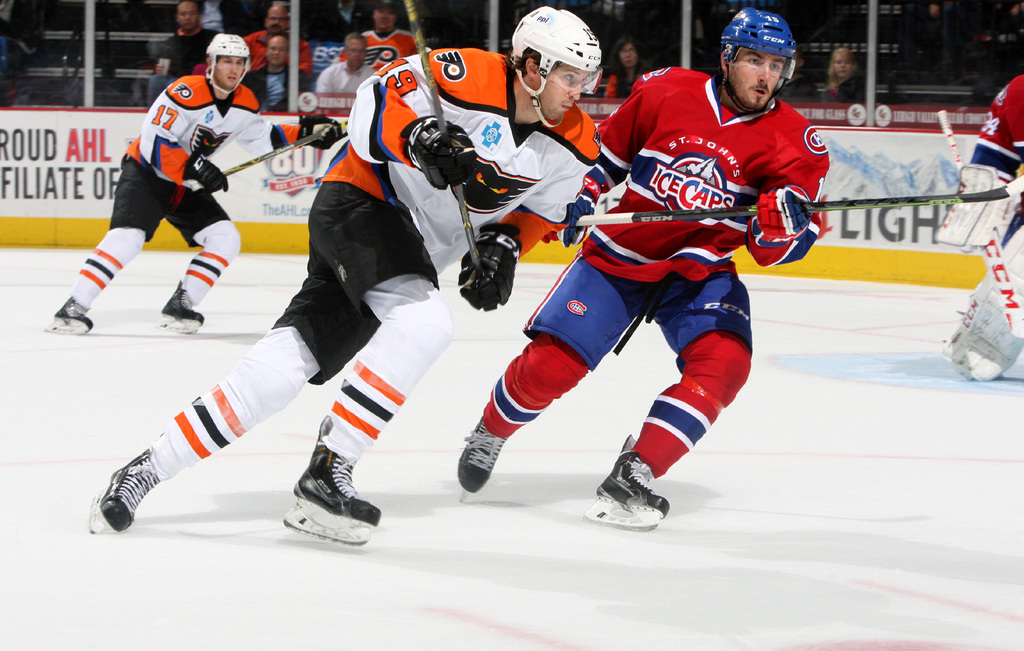 Lehigh Valley, PA – The Philadelphia Flyers, parent club of the Lehigh Valley Phantoms, have reassigned forward Brandon Alderson from the Phantoms to the Reading Royals of the ECHL. 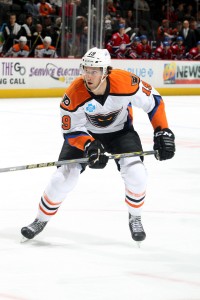 A 23-year-old winger from Oakville, Ontario, Alderson is currently in his third professional season and has tallied one assist and eight penalty minutes in 18 games with Lehigh Valley this year. He also produced one goal and two assists in three outings earlier this season with the Royals. A 6’4″, 202-pound forward, Alderson split last year between Lehigh Valley (35 games, 3 goals, 4 assists, 7 points) and Reading (35 games, 7 goals, 8 assists, 15 points).

After an incredibly successful five-game road trip in which they claimed eight of a possible 10 standings points, the Phantoms return to PPL Center for a pair of games this weekend. First, on Friday, January 8, it’s a rivalry showdown in downtown Allentown as the Wilkes-Barre/Scranton Penguins come to town for a 7:05 p.m. clash. Then, after a 5:00 p.m. road contest at the Albany Devils on Saturday, Lehigh Valley returns home on Sunday, January 10 to battle the Binghamton Senators in a 5:05 p.m. collision. Sunday’s game is Star Wars Night as the Phantoms and their fans celebrate one of the most beloved movie franchises of all time. Fans are encouraged to come to the game dressed as their favorite Star Wars characters and will have the opportunity to meet and take pictures with some of the most iconic heroes and villains in film history with a special appearance from the 501st Garrison.

A limited number of tickets for both Friday and Sunday’s games are available now at pplcenter.com, by calling 610-347-TIXX [8499] or in-person at the Mealey’s Furniture Box Office at PPL Center [701 Hamilton Street].