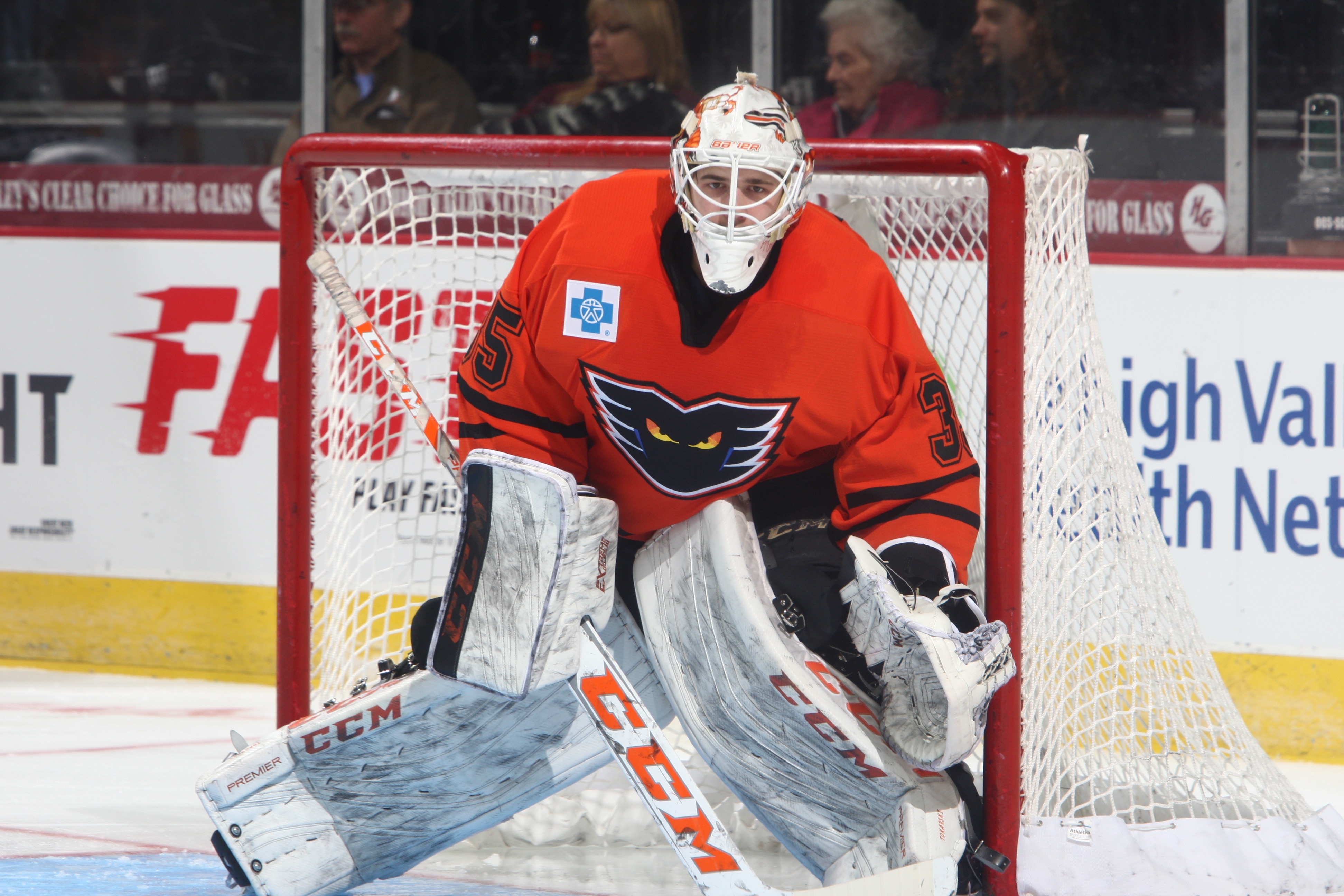 Lehigh Valley, PA – Dustin Tokarski turned in a stellar 29-save performance Saturday evening as the Lehigh Valley Phantoms doubled up the rival Hershey Bears 2-1 in front of 8,789 fans inside PPL Center. With the win, the Phantoms improved to 22-12-2-3 overall this season as Lehigh Valley remains tied with the Wilkes-Barre/Scranton Penguins for the most standings points (49) in the tightly-contested Atlantic Division. 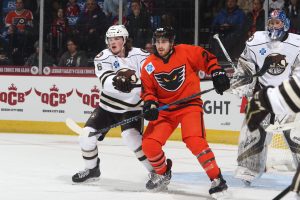 Saturday’s game was not only another PPL Center standing room-only sellout but with 8,789 fans on hand, it marked the largest crowd to enjoy a Phantoms game in downtown Allentown this season. Saturday’s crowd marked the sixth capacity crowd this season and 68th regular season sellout produced by Phantoms fans at PPL Center.

T.J. Brennan (6th) and Matt Read (5th) produced all the offense Lehigh Valley would need in front of Tokarski who improved to 11-3-3 overall this year with one of his strongest performances of the season. The 28-year-old netminder was razor sharp all night long and used his poise and athleticism in limiting the Bears to just a single conversion.

The Phantoms are now 5-2 against Hershey this season and are a perfect 4-0 against their in-state rivals in games played in downtown Allentown this season. The two sides will face off again on Sunday as they complete a weekend home-and-home series with a 5:00 p.m. clash at the Giant Center in Hershey. 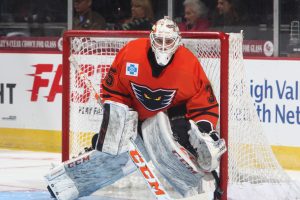 Saturday’s game also marked a milestone for Phantoms Head Coach Scott Gordon who was behind the bench for his 600th career AHL contest. All told, Lehigh Valley’s bench boss has amassed an overall record of 325-211-64 across his 600 career AHL games in time with the Phantoms and Providence Bruins.

Neither side found the back of the net in the opening period despite a combined 14 shots on goal. The Phantoms territorially dominated large chunks of the first frame but Hershey’s Vitek Vanecek was able to turn aside each of Lehigh Valley’s seven first period offerings. Meanwhile, at the other end, Dustin Tokarski answered all seven of the Bears first period shots, including a penalty shot awarded to Hershey’s Nathan Walker with just under four minutes left in the opening frame. 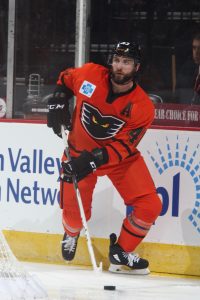 Hershey broke the scoreless deadlock just under seven minutes into the second period when, while on the power play, Riley Barber stepped in on the left wing before sending home his 12th goal of the season. Connor Hobbs and Lucas Johansen assisted on the man-advantage marker netted 6:47 into the middle stanza.

The Phantoms responded almost immediately though as Lehigh Valley was able to level the contest less than four minutes later when a two-on-one transition rush between Brennan and Phil Varone resulted in Brennan’s sixth goal of the season. Cole Bardreau garnered the only assist after a sensational no-look backhand outlet pass started the rush resulting in the equalizing marker converted 10:45 into the second period.

Lehigh Valley then grabbed its first lead of the night, and as it turns out the lead for good, just prior to the midway point of the third period when a shot from the high slot by Reece Willcox was expertly redirected en route by Read for his fifth goal of the season. Willcox and Colin McDonald assisted on the go-ahead conversion tallied 8:43 into the final frame of regulation.

The Phantoms are back in action on Sunday when they complete this week’s action with a 5:00 p.m. rematch with the Bears at the Giant Center in Hershey.