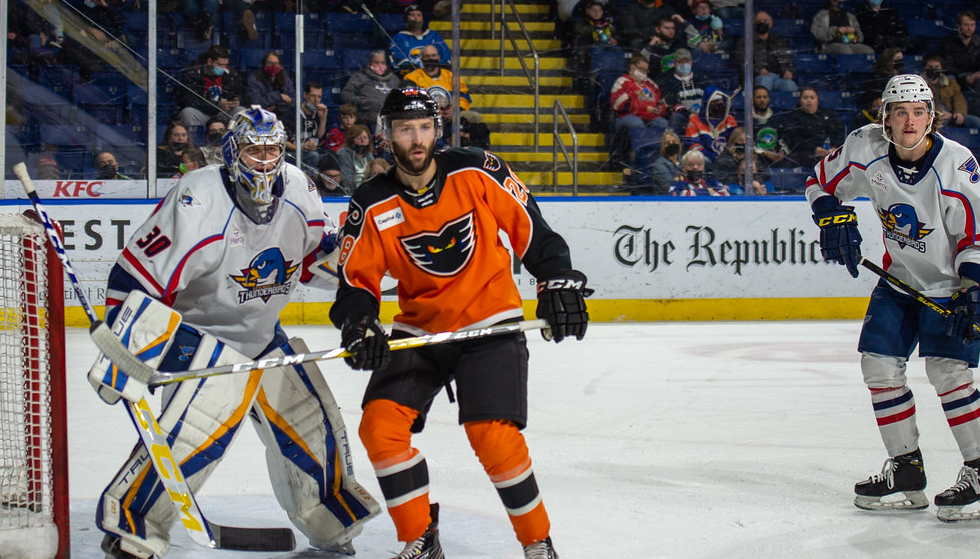 Garrett Wilson (9th) and Nick Lappin (2nd) got two of them back later in the game but the damage had already been done as the Phantoms fell to 2-2-0 with one game remaining on their five-game road excursion. Lehigh Valley sustained just its third regulation loss in the last 15 games (9-3-3).

The Thunderbirds raced out to a 2-0 lead in the opening 2:26 of the game on goals for Hugh McGing (9th) and Josh Wesley (2nd). But they didn’t stop there with the former Hershey Bear, Nathan Walker, scoring the next three straight which included a pair of power-play markers and increasing his team-leading total to 13 goals. 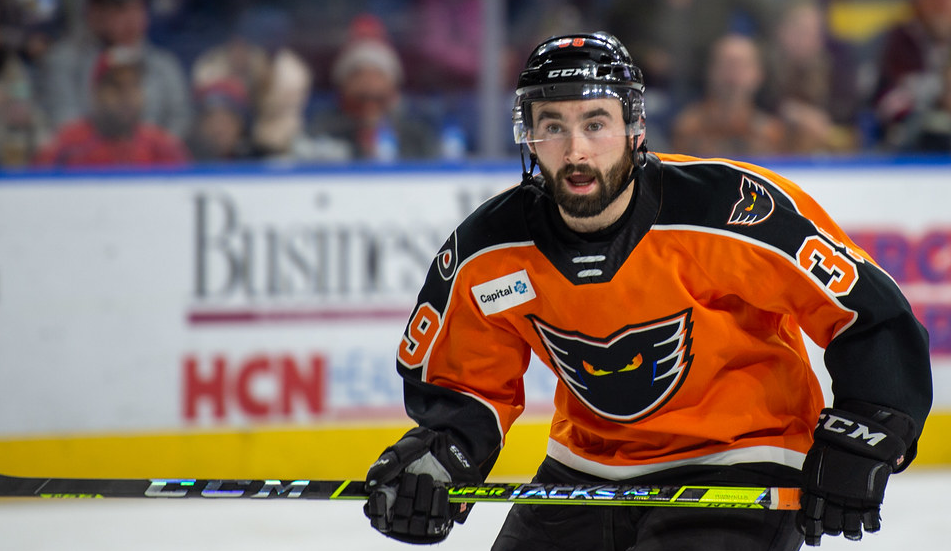 By the time the hats had finished falling inside the arena in Springfield, it was a five-goal first period which is tied for the most goals allowed in a period by the Phantoms franchise.

The last time the Phantoms surrendered five goals in a period was on March 2, 2018. Lehigh Valley had trailed against Hershey 5-1 at the first inermission and then shockingly rallied all the way back to win 7-6. But the Phantoms would not enjoy the same kind of exciting results in this one.

The Phantoms were out shot 15-5 in the first period but turned the tables on the T-Birds the rest of the way to the tune of a 25-11 shots advantage in the second and third and a 30-26 shots difference for the game.

Brennan Saulnier sparked the team with a fight against Tanner Kaspick in the second period when Saulnier took issue when he was tripped. Kaspick left the game after that altercation.

Garrett Wilson had a quick rebound try in the opening seconds of the third period that dribbled off the glove of Springfield goalie Joel Hofer and across the line to get the Phantoms on the board.

But Will Bitten went high-glove on Felix Sandstrom on a quick shot from the slot for a 6-1 lead.

Nick Lappin dove for a free puck in the left side of the crease that he was able to nudge in at almost the midway mark of the third to close the game’s scoring in the 6-2 final. Adam Clendening recorded assists on both Phantoms goals to pass Cal O’Reilly for the team lead in scoring. Clendening (5-19-24) is also tops on the team in helpers on a night in which O’Reilly (6-17-23) was held off the scoresheet. Linus Sandin and Brennan Saulnier also registered assists.

The Phantoms conclude their five-game road excursion on Saturday night at the first-place Hartford Wolf Pack.

The Lehigh Valley Phantoms return to PPL Center on Sunday at 5:05 p.m. with a Rivalry Night matchup against the Hershey Bears on meLVin Kids Activity Book Night.