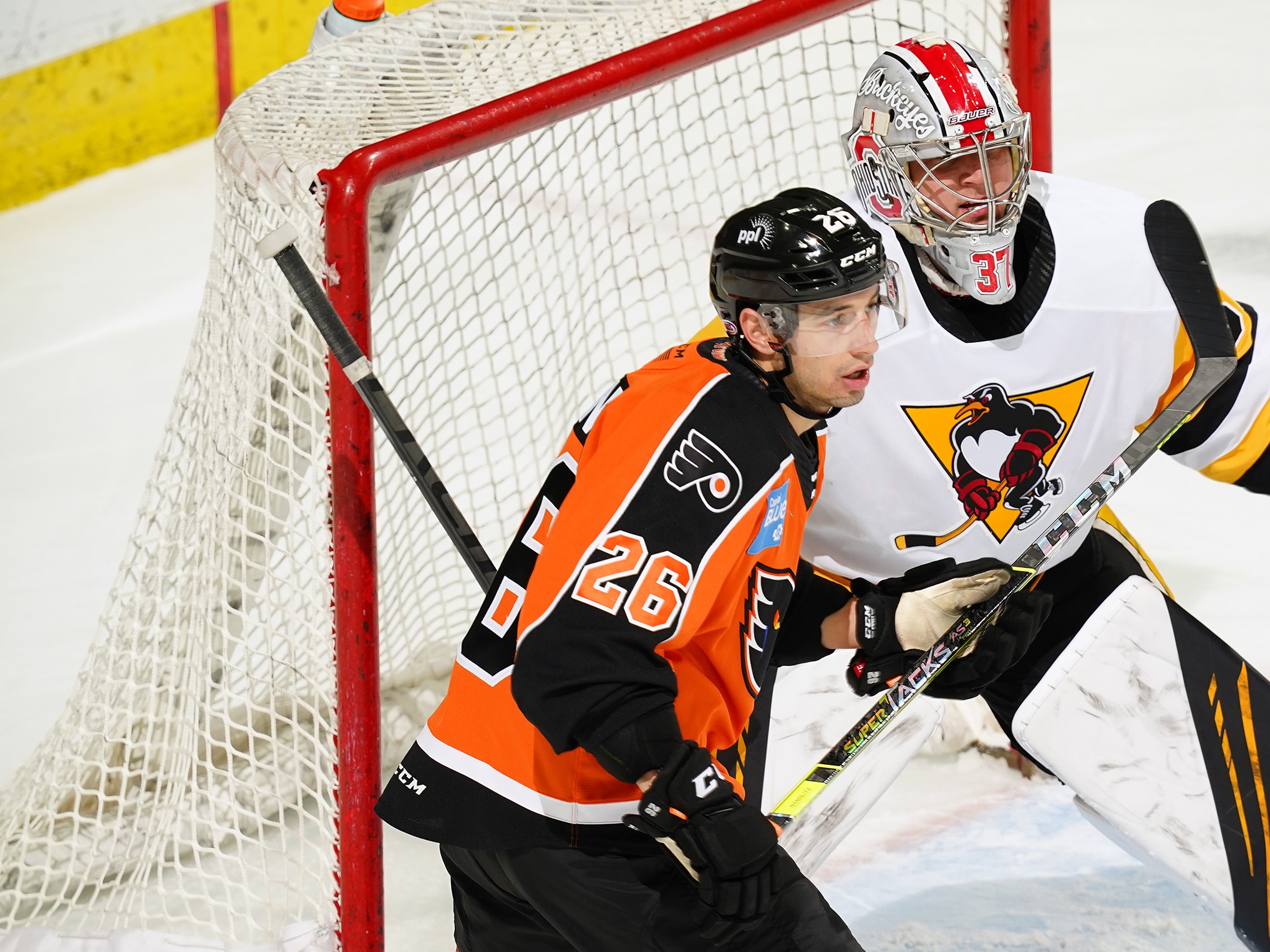 Lehigh Valley, PA – The Lehigh Valley Phantoms have announced they have signed forward Brennan Saulnier to a one-year AHL contract for the 2021-22 season.

Saulnier, 27, made an impact in his AHL debut season with the Phantoms in 2021 scoring four goals and recording three assists for seven points in 16 games played. He also topped the Phantoms with 41 penalty minutes.

The Halifax, Nova Scotia product scored the fastest hat trick in the 25-year history of the Phantoms’ franchise on Mothers’ Day, May 9, 2021, with three goals in the first 9:55 of the game against the Wilkes-Barre/Scranton Penguins. He capped his performance with a fight in the game’s final minute and saluted the crowd and waved his arms on his way off the ice.

What a moment. Brennan Saulnier scores three goals in the first and then is overcome with emotion when it starts to sink in. pic.twitter.com/oGFMQqvGmH

“It felt like it was just one of those nights where everything that I’ve been through in this crazy hockey journey I’ve been on just snowballed into that moment,” Saulnier told the Halifax Chronicle Herald. “It felt like everything I’d done had led up to this moment and it probably won’t be for a long time that I’ll really appreciate what happened that night. It was a cool moment for sure. That was a big night for me because now I can feel like I belong and I made an impact this year. And with only a few games left, I really feel like I accomplished something this year.”

Saulnier’s magical hat trick moment represented just the sixth time a Phantoms player had scored three goals in a single period and the first since Pete Zingoni of the Philadelphia Phantoms in 2006 against the Binghamton Senators. It was the first Phantoms’ hat trick at PPL Center in over 3.5 seasons since Danick Martel on October 7, 2017 against Hershey on Opening Night. 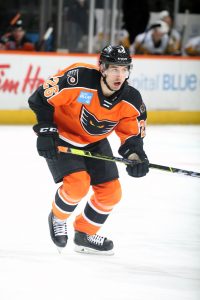 Saulnier played four seasons at the University of Alabama-Huntsville and enjoyed a stellar debut season of North American pro hockey with Rapid City in the ECHL at 26 years old in 2019-20 scoring 22-22-44 while leading the team with 118 PIM.

Brennan Saulnier is the younger brother of former Cornell standout Jill Saulnier who is a member of the Canadian National Team. Jill has won various medals in different world championships and international events and also scored a goal against Finland in the 2018 Olympics in Korea.

The 2021-22 season of the American Hockey League begins in October and will run through April. Season tickets for the eighth season of the Lehigh Valley Phantoms are available now. More information on joining our season ticket family can be found HERE