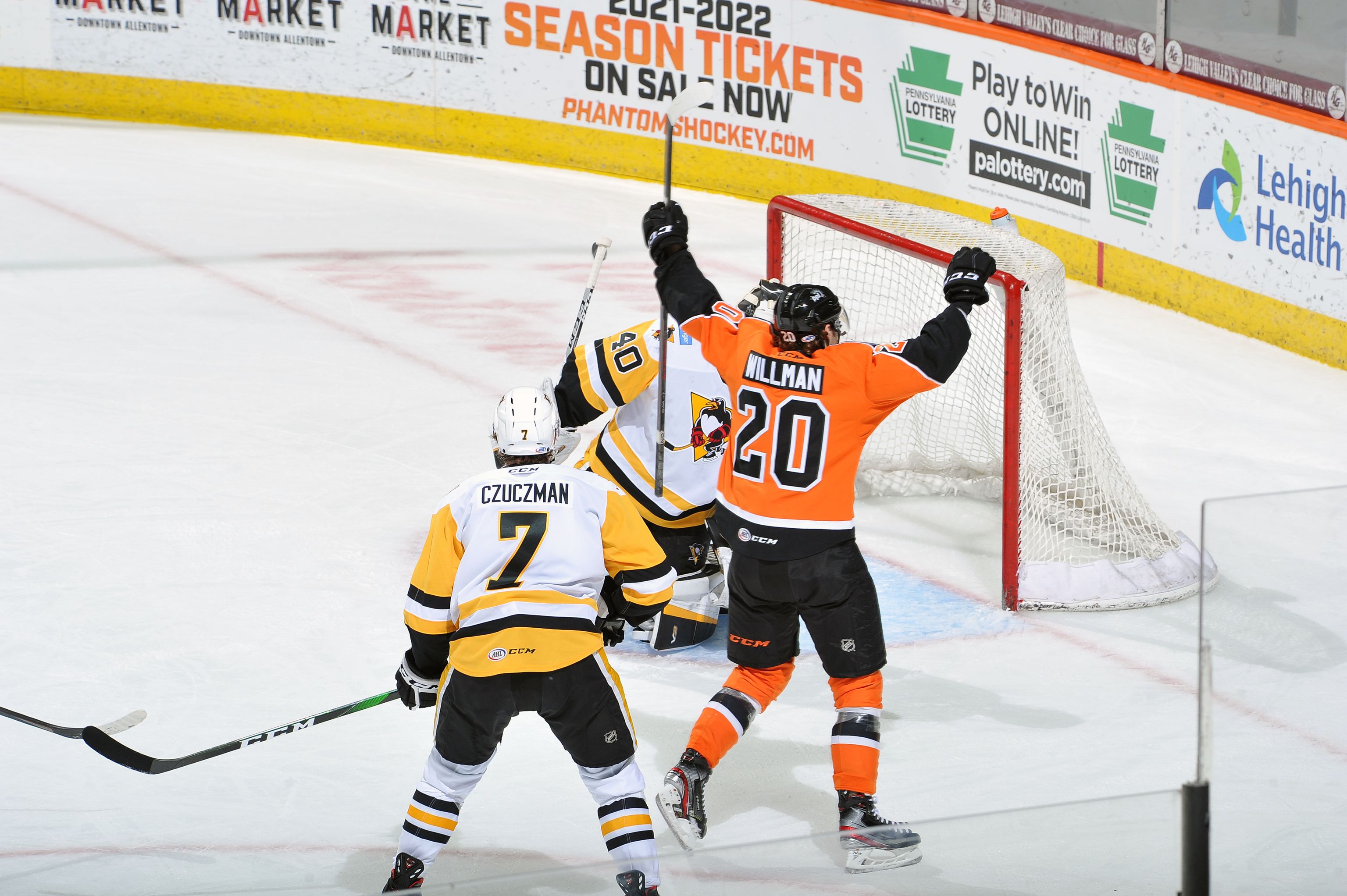 Karashik, 24, was captain at Notre Dame as a fifth-year senior in the 2021-22 season following four years at the University of Connecticut. He is the third collegiate player this week to join the Phantoms on a PTO joining Will Riedell (D) of Ohio State and Darion Hanson (G) of UConn. Karashik score one goal with 15 assists in 40 games for the Irish helping lead the team to the NCAA tournament and an appearance in the regional final.

Willman, 26, has nine goals and four assists for 13 points in his 18 games with the Phantoms this season while also playing in 41 games with Philadelphia scoring four goals with two assists.  The Brown University and Boston University product out of Barnstable, Mass. scored his first NHL goal on December 10 for the Philadelphia Flyers at Vegas Golden Knights. Willman has played in 72 career games with the Phantoms scoring 21 goals with 17 assists for 38 points.

“Los Fantasmas” return to PPL Center on Hockey Fiesta weekend taking on the Wilkes-Barre/Scranton Penguins in a rivalry clash on Friday followed by a Saturday tilt against the Utica Comets.