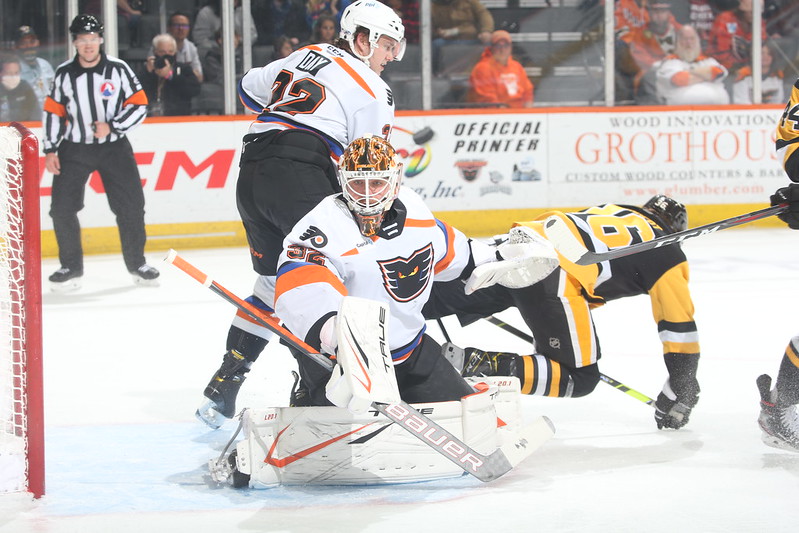 Lehigh Valley, PA – The Philadelphia Flyers have announced that goalies Felix Sandstrom and Kirill Ustimenko have been returned on loan to the Lehigh Valley Phantoms from the Flyers Taxi Squad, according to Flyers President of Hockey Operations and General Manager Chuck Fletcher.

The Phantoms are back in action on Wednesday night at the Hershey Bears.