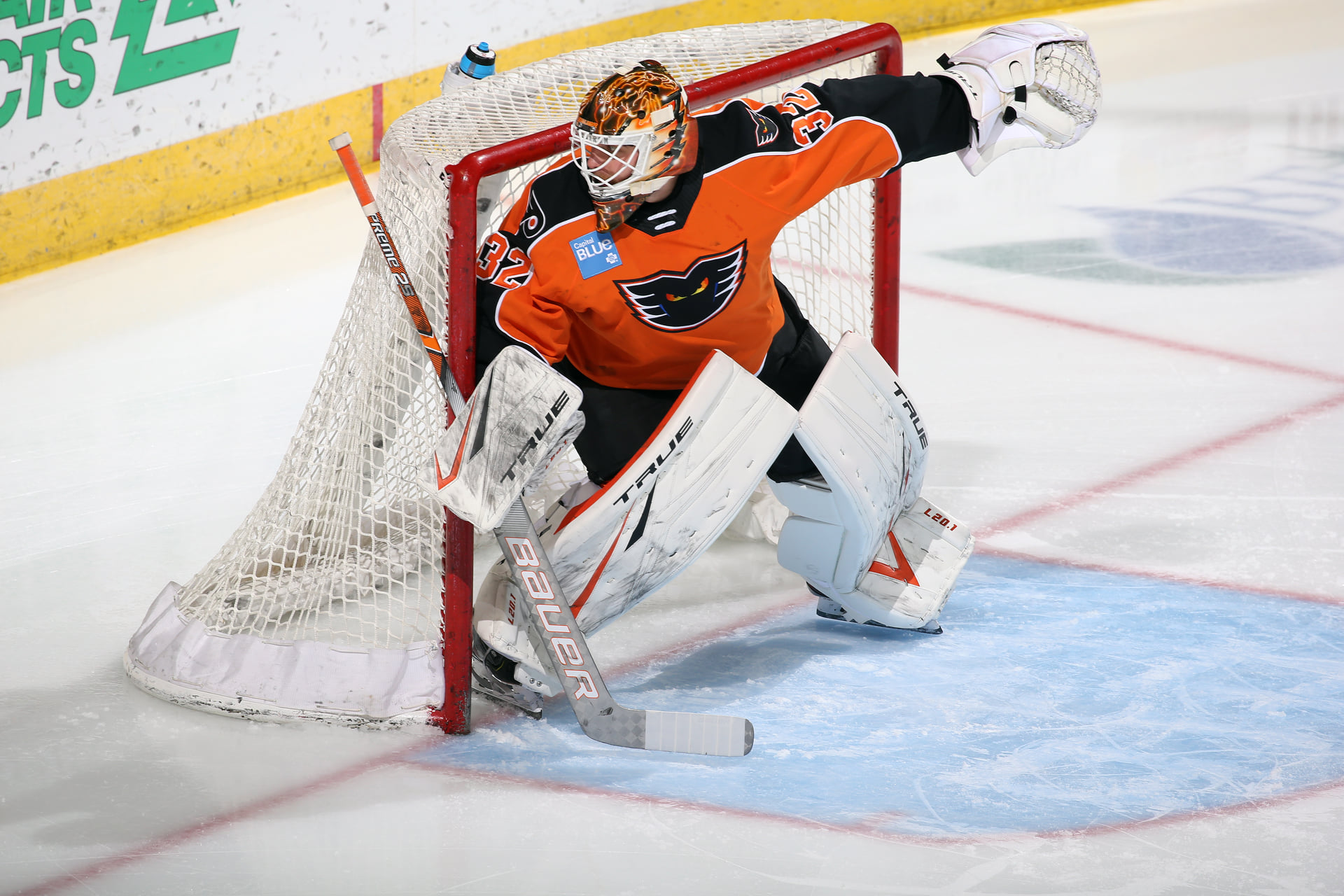 Sandstrom, 25, allowed three goals to the New York Rangers on Wednesday night while receiving his second start for the Philadelphia Flyers and then returned to the Phantoms for one game on Friday in a 2-1 overtime loss against the Bridgeport Islanders. He was a Flyers’ third-round selection in the 2015 NHL Entry Draft out of Gavle, Sweden. Sandstrom has played in 42 games for the Phantoms this season going 15-18-4, 2.93, .901. He made his NHL debut on December 30 for the Philadelphia Flyers at the San Jose Sharks with an impressive performance making 43 saves in a 3-2 overtime loss. Sandstrom has played in 55 career games for the Phantoms going 21-21-9, 2.97, .903.

The Lehigh Valley Phantoms conclude their three-game homestand tonight against the Providence Bruins on Pride Night.