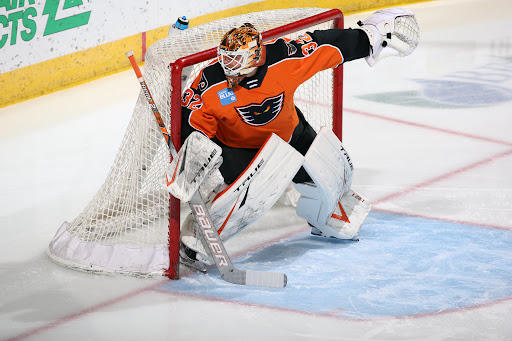 Lehigh Valley, PA – The Philadelphia Flyers have announced that goalie Felix Sandstrom has been assigned to the Lehigh Valley Phantoms.

The Phantoms continue their preseason Saturday night hosting the Wilkes-Barre/Scranton Penguins in their PPL Center debut. The Phantoms play at Hershey on Sunday and then conclude the preseason on Wednesday back at PPL Center against the Hershey Bears.