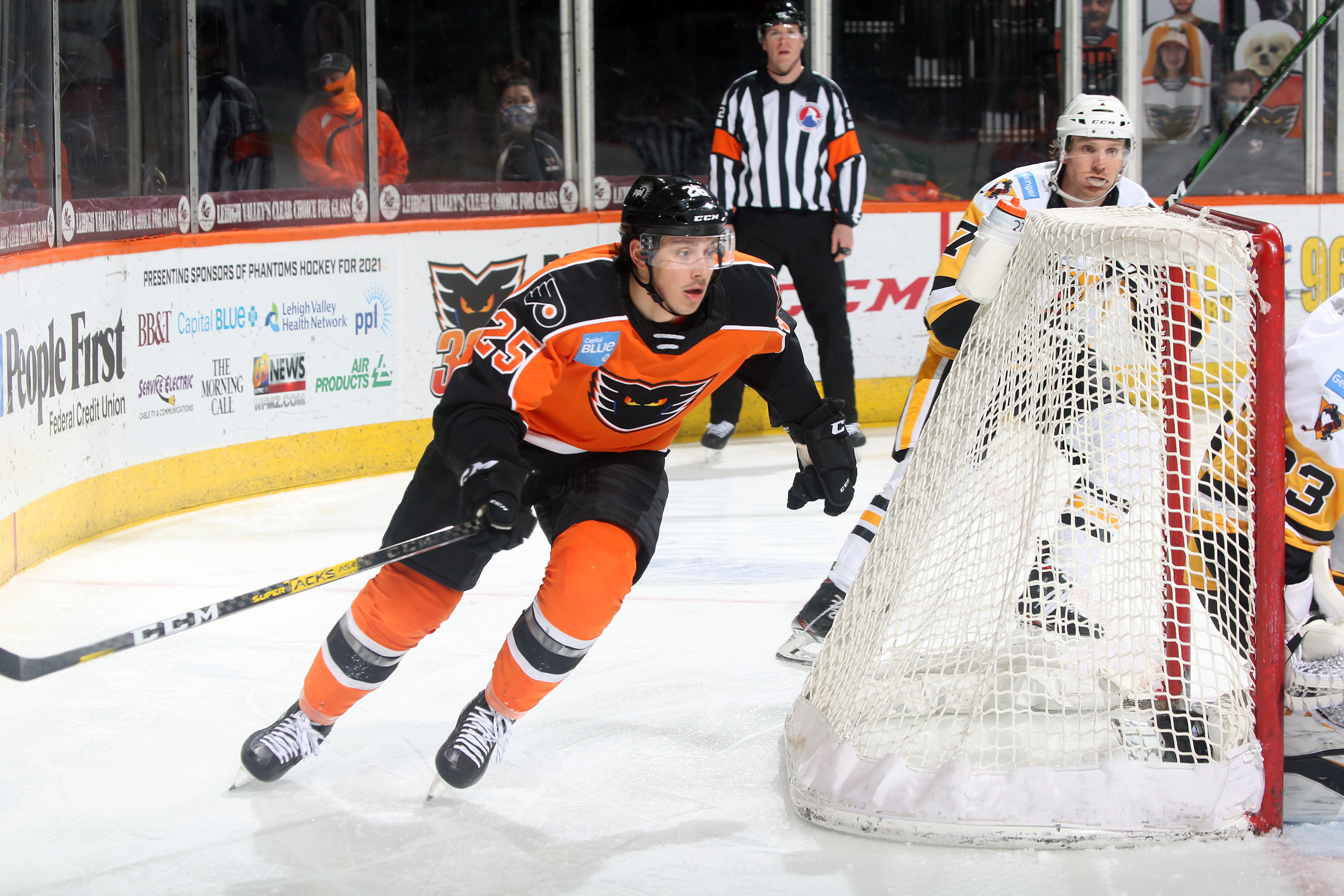 Four players have been assigned to the Phantoms from the Philadelphia Flyers including centers Connor Bunnaman, Gerry Mayhew and German Rubtsov and defenseman Adam Clendening.

Goalie Pat Nagle has been assigned by the Phantoms to their ECHL affiliate, the Reading Royals.

Additionally, seven tryout players have been released from Phantoms training camp and returned to their ECHL teams. Returning to the Reading Royals are four players who were on PTO (professional tryout) with the Phantoms: Jackson Cressey, Pat Bajkov, Brendan van Riemsdyk, Pat McNally. Returning to the Maine Mariners are three players who were on PTO: Andrew Romano, Brycen Martin, Marc-Oliver Duquette.

Bunnaman, 23, enters his fourth professional season after splitting time between the Phantoms and the Flyers in each of the past two years. Last season, he played in 18 games with Philadelphia and 15 games with Lehigh Valley where he scored one goal and one assist. The 6’1″ center from Guelph, Ont. was a fourth-round selection of the Flyers from the Kitchener Rangers in 2016.

Mayhew, 28, is a Wyandotte, Mich. native entering his debut season with the Phantoms. The Ferris State product was Most Valuable Player in the American Hockey League in 2019-20 when he led the league with 39 goals in his fourth season with the Iowa Wild. Mayhew played in 19 games with Iowa last year scoring 9-9-18 and he also played in four NHL games with Minnesota.

Rubtsov, 23, returns to North America after the native Russian played for Sochi HC in the KHL last year where he scored 3-8-11 in 46 games. This is Rubtsov’s third season with the Phantoms. In 2019-20, Rubtsov played in 42 games with Lehigh Valley scoring 2-11-13 before sustaining an injury. He also made his NHL debut and played in four games with Philadelphia in 2019-20. Rubtsov was a first-round selection of the Flyers in 2016.

Clendening, 28, is a veteran defenseman who has played in 90 NHL games primarily with Vancouver, Edmonton and the New York Rangers. Last year, he spent time on the Columbus Taxi Squad while also playing in nine games with the AHL’s Cleveland Monsters scoring 1-3-4. He scored 7-34-41 in 55 games with Cleveland in 2019-20. The Niagara Falls, NY native and Boston University product is a two-time AHL All-Star Classic participant and was a round 2 pick of Chicago in 2011.

The Phantoms currently have 26 players on their roster including four tryout players.

The Phantoms make their preseason home debut on Saturday at 7:05 p.m. against the Wilkes-Barre/Scranton Penguins and then travel to Hershey for a Sunday clash at 5:00. The last preseason game is on Wednesday, October 13 at PPL Center against the Hershey Bears.